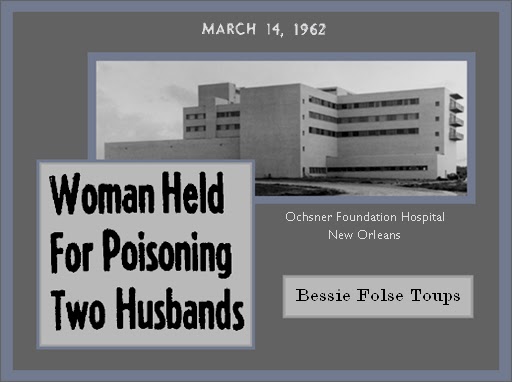 Mrs. Toups, wife of Laurie Toups, 56, a druggist, was rested Monday night, after a six week investigation that started when doctors at Ochsner Foundation Hospital in New Orleans found arsenic poisoning in Toups. Toups was reported bedridden after a lengthy stay at the hospital.

The St. Mary Parish sheriff's office said the woman had been married three times but that her first husband, who is still living, was not involved.

The woman married Toups about 13 months ago.

She is a native of Newnan, Ga., an Atlanta suburb. She drives a St. Mary Parish school bus.