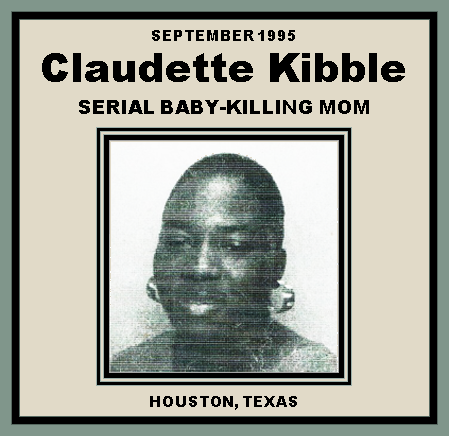 FULL TEXT: A woman suspected of trying to strangle her 2-year-old son has confessed to her mother that she drowned two of her infants and smothered a third, the first when she was just 14.

Claudette Kibble, 23, was charged with murder Friday in the 1990 suffocation of 9-month-old Quinten Kibble. She was not charged in the other deaths because she was a minor at the time, authorities said.

Investigators had long suspected foul play in the death of Quinten, the 1988 death of 8-month-old Edward and the 1986 death of 1-year-old Joshua, born when Kibble was 13, but they couldn’t prove anything until this week, when she confessed to her mother, who contacted authorities.

“I want you to know this is horrifying. It’s a living nightmare,” said Judy Hay, a spokeswoman for state Child Protective Services. “From the very beginning we were suspicious … Without evidence, particularly a medical examiner’s report, the hands begin to be tied.”

In all three cases, Kibble had taken the child to a hospital, claiming he was suffering from seizures. The Harris County medical examiner’s office ruled that two of the deaths were caused by seizures and left the third undetermined.

Cecil Wingo, chief investigator for the medical examiner’s office, said his office has reopened the case several times since 1990 at the request of prosecutors, but the children bore no signs of abuse that would allow officials to prove Kibble had harmed them.

“We knew that something was wrong. We just didn’t know where to go to find out,” Wingo said. “We don’t have a crystal ball.”

On Tuesday, Kibble admitted drowning Joshua and Edward and suffocating Quinten with a pillow. Police refused to discuss any motive she may have given.

Kibble already is in custody on a charge of attempting to strangle 2-year-old Calvin. A judge Friday ordered a psychiatric evaluation to determine if she is fit to stand trial.

Calvin and his 6-year-old sister, Quintenett, have been in state custody since July 1994, not long after Kibble took Calvin to a hospital.

[Mike Drago (AP), “Mother Admits Killing 3 Of Her Kids Confession To Her Own Mother Leads To Murder Charge,” The Spokesman-Review (Spokane, Wa.), Sep. 24, 1995]

***
FULL TEXT: On August 4, 1986, an ambulance was dispatched to 9109 Laura Koppe in northeast Houston, where emergency medical workers found an unconscious 17-month-old named Joshua Kibble. The toddler's 14-year-old mother, Claudette Kibble, explained that he was an epileptic who had suffered a seizure while she was bathing him. Seventeen hours later, Joshua Kibble was pronounced dead at Hermann Hospital's pediatric intensive care unit. By 8 a.m. the following day, his small body was on a stainless steel gurney at the Joseph A. Jachimczyk Forensic Center, his now-rigid features starkly illuminated by the skylights in one of the morgue's four autopsy rooms.

Dr. Eduardo Bellas, a forensic pathologist with the Harris County Medical Examiner's Office, began his autopsy on the 21-pound corpse by making the usual Y-shaped incision across the front of the abdomen. After removing the child's heart and placing it in one of the two overhead scales, Bellas noted that the organ weighed 35 grams. There were no thrombi, or indications of clotting, in any of the organ's four chambers, and the valves were intact. Bellas found nothing unusual about the pancreas -- it had the usual hammer-shaped configuration and size. The child's liver, spleen and kidneys were "smooth and glistening," the pathologist wrote.

Bellas also made incisions along the boy's back and lower extremities that revealed no evidence of contusions or hemorrhages. An examination of the head, which was 19 inches in circumference, did turn up a bit of subgaleal hemorrhaging in the vicinity of the occipital bone, which forms the bottom part of the skull. Removal of the back portion of the dead child's cranium also uncovered evidence of a slight herniation of the cerebellar tonsils and congested brain tissue. But those findings were not sufficient to raise suspicion -- at least by Bellas -- that there was something more to Joshua Kibble's death than what his mother had related. In signing the autopsy report, Bellas ruled that the boy had died of natural causes "as a result of epilepsy." The investigation into the child's death was closed.

In the next four years, the bodies of two more of Claudette Kibble's children would be taken to the morgue to be autopsied. Kibble would tell investigators that those two infant boys, like Joshua, died after suffering seizures that only she had witnessed. On the face of it, that explanation begged belief -- each of the three was born of a different father, greatly reducing the likelihood that they shared some genetic defect that would have contributed to their deaths. Nonetheless, the medical examiner ruled that the demise of the second child, like the first, was due to natural causes. The cause of the third death was listed as "undetermined."

Despite the suspicious circumstances, and in the face of pressure by the Harris County District Attorney's Office and other agencies, the Medical Examiner's Office steadfastly refused to change its rulings. It was not until last September, after Claudette Kibble allegedly had confessed to her own mother and murder charges were filed against the 23-year-old woman, that the M.E.'s Office finally ruled that the three boys were homicide victims. 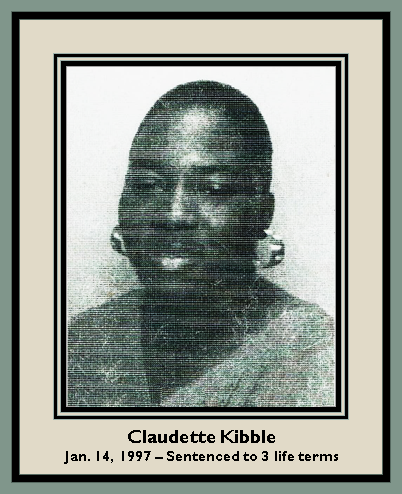 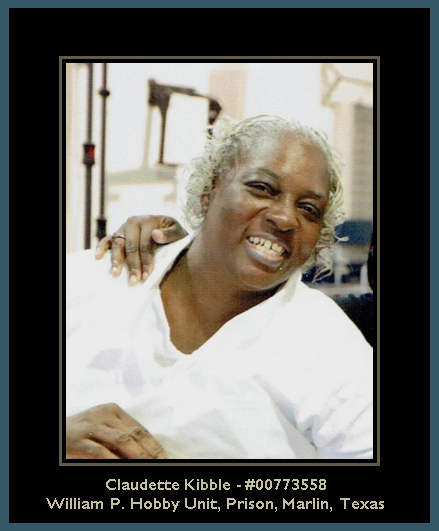 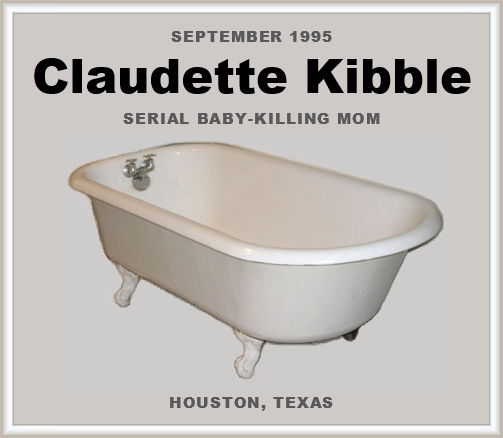