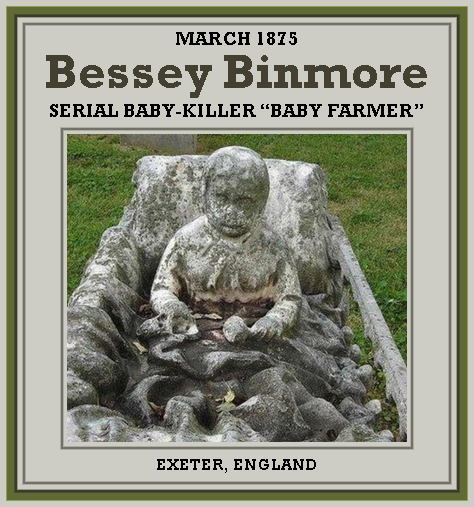 FULL TEXT: Mr. Charley asked the Home secretary whether his attention had been directed to the evidence adduced at the trial of a baby farmer, named Bessy Binmore, sentenced by Mr. Justice Lush at the Exeter Assizes to 12 years' penal servitude for starving to death an infant intrusted to her care, that three other' infants intrusted to her care had died in her bouse during the previous 18 months, and that her house was unregistered under the Infant Life Protection Act, 1872 (35 and 36 Vic, c 38) ; also to the statement of the learned Judge at the trial that " baby farming” had of late prevailed to such an extent that it was necessary to rigorously suppress or efficiently regulate it and whether he was willing to issue a circular to the local authorities named in the schedule to the Infant Life Protection Act, calling upon them to enforce that enactment in their respective districts