Grace Dolby, the Acid Queen Who Orphaned 3 Kids to Get Even for Rejection - 1924 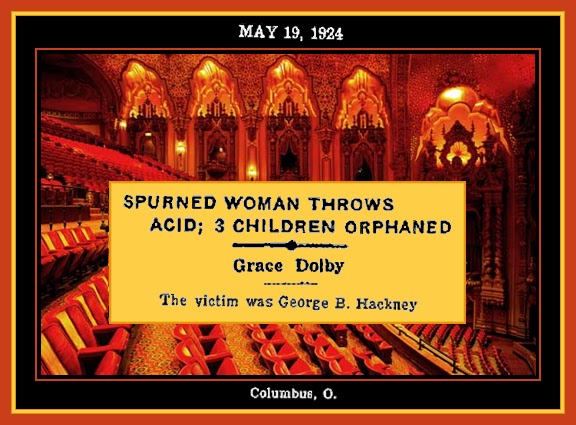 FULL TEXT: Columbus, O., May 18.—Three little children were made orphans tonight when a woman known to police as “Grace” dashed a bottle of acid in their father's face while he was sitting in a downtown theater, causing his death before he could be rushed to a hospital.

The victim was George B. Hackney 30, who according to Rose, aged 9 his eldest daughter, had been keeping company with the woman but had refused her repeated requests to marry her.

“Grace kept asking papa to marry her, but papa wouldn't do it, so Grace got mad,” the little girl sobbed night when told of the tragedy. Her mother died a few years ago.

NOTE: Other sources identify the murderess as Grace Dolby