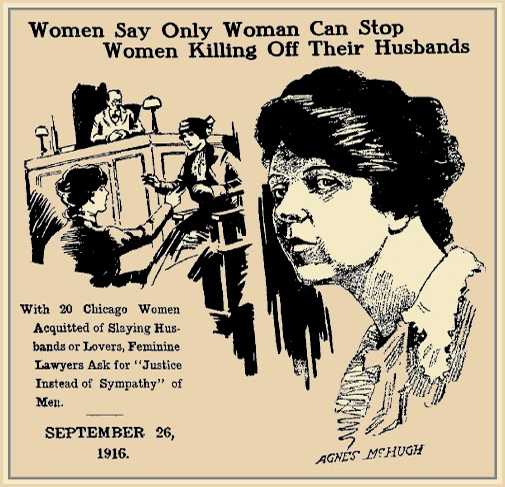 (Article 1 of 7) HEADLINE: Women Say Only Woman Can Stop Women Killing Off Their Husbands - With 20 Chicago Women Acquitted of Slaying Husbands or Lovers, Feminine Lawyers Ask for “Justice Instead of Sympathy” of Men.

* Chicago husbands seem to live merely by courtesy of their wives.
* Idle hands are the hands that usually grasp revolvers. The woman who has responsibilities in life does not hold life lightly.
* To protect MANY women, we must punish SOME women.
* Chivalry is inborn in men. The instinct to protect the woman at the bar leads jurymen to forget it is their duty to protect society.
* If woman, the life giver, takes life wantonly, she should be held responsible for her crime.

Chicago, Sept. 26. – That uniquely Chicagoan pastime—the killing of husbands without the paying of penalty—is going to stop. And it is the women themselves who are going to stop it.

Since 1907 twenty women have been acquitted of the charge of murdering their husbands or lovers.

The “affinity murder” is almost as familiar as burglary or bank robbing.

In almost every case the woman at the bar was young and attractive and she came into court with her bowed head crowned with a halo of romance.

Women lawyers now are demanding that a woman prosecute the latest case – that of Mrs. Iva Barnes, accused of shooting her husband, James R. Barnes wealthy business man twice her use.

They have petitioned the state’s attorney to appoint Miss Agnes McHugh special prosecutor.

“A man jury will not convict a woman murderer in this county,” says Miss McHugh, “if the prosecutor is a man.”

“I think this leniency may be traced to the chivalry latent in every man. The jurors see two or three big strong men sitting at the prosecutors’ table, and subconsciously feel that these fierce prosecutors are attacking the frail, pretty woman in the prisoner’s chair. Their instinct is to defend her.”


“Perhaps their pity would not be stirred so profoundly if a woman was in the prosecutor’s chair.”

“I believe the leniency of juries with feminine slayers is responsible for the wave of ‘affinity crimes’ sweeping Chicago.”

“The woman criminal will receive justice only when there’s a woman in court to prosecute her. We demand justice for women — not maudlin sympathy or leniency.”

Here’s the long list of Chicago women acquitted of killing husbands or lovers:

[“Women Say Only Woman Can Stop Women Killing Off Their Husbands - With 20 Chicago Women Acquitted of Slaying Husbands or Lovers, Feminine Lawyers Ask for “Justice Instead of Sympathy” of Men.” Sep. 26, 1916, p. 5] 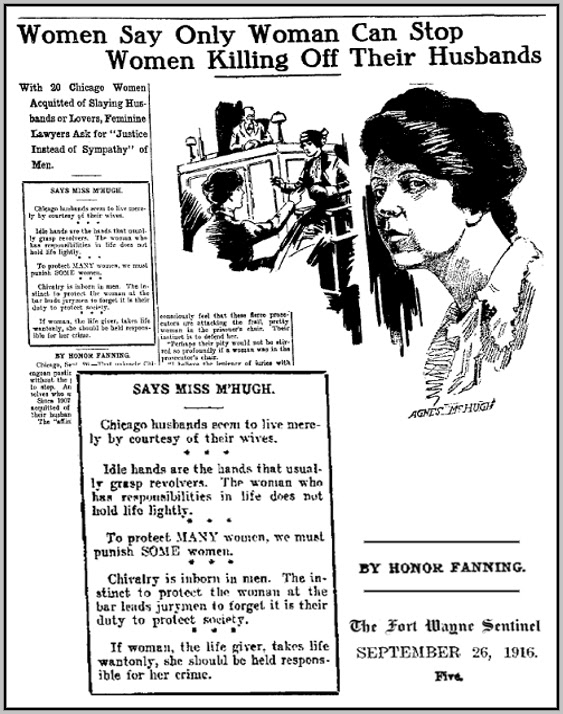 FULL TEXT (Article 2 of 7): Mrs. Iva Barnes broke down today and confessed killing her husband, Jas. R. Barnes, who was found shot to death at her feet in Washington park last night She said she did it because he refused to live with her.

Barnes’ suit for divorce was to be heard by Judge Gibbons, today. He filed a bill after returning home late in July and finding Roy Schellheimer, a bartender, in their flat at 356 E. 58th st. with Mrs. Barnes. A few days later he moved to the Hotel Warner. Mrs. Barnes said Schellheimer had tried to attack .her. According to the story told by Mrs. Barnes, she met her husband by appointment last evening and he suggested a stroll in the park to talk over the details of the divorce suit Barnes was 49 years old. He was connected with the New York Dry Goods Co. 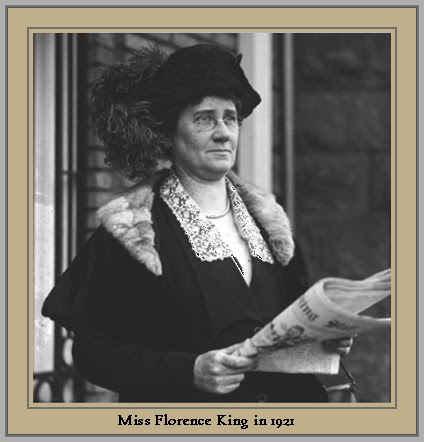 FULL TEXT (Article 3 of 7): Preparations are already being made by attorneys for Mrs. Iva Barnes to put up a stiff court fight in the belief that a woman cannot be convicted of murder in Cook county. Mrs. Barnes shot her husband, Jas. Barnes, four times when she met him in Washington park Tuesday night.

The odd angle is that Mrs. Barnes will use her widow's share of the $40,000 the murdered man left to defend herself against charges of killing him.

The police say she shot him three times after he fell to the ground with a bullet in his spine. She says she shot to save herself; the police think she killed him because he refused to withdraw divorce suit against her.

Barnes sued after he returned home one day to find his wife in the kitchen with a strange man. She said she had invited the man in after he did some work for her and protested, wrongdoing. 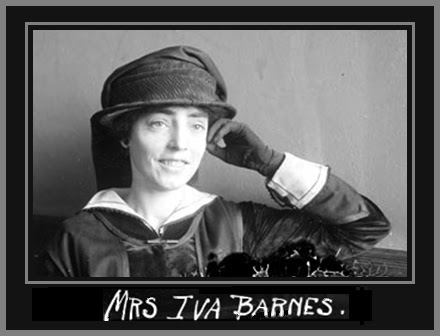 FULL TEXT (Article 4 of 7): Chicago, Sept. 10. – While State’s Attorney MacLay Hoyne considered the advisability of appointing a woman prosecutor [Agnes McHugh, who was not in the end appointed] in the case of Mrs. Iva Barnes, indicted for the murder of her husband, Chicago women attorneys rallied today to the support of the accused woman and offered to act as defense attorney.

The fact that a jury composed of Chicago men has failed to convict a woman of murder in many years caused the suggestion of a woman prosecutor.

Miss Florence King, president of the Woman’s Association of Commerce and prominent members of the Women’s Bar Association, tonight declared that she would gladly assist the defense.

“I will aid the accused woman all I can,” she declared. “Women of Chicago are judging and declaring this woman guilty of murder even before she has been held by the grand jury. They are very unfair. 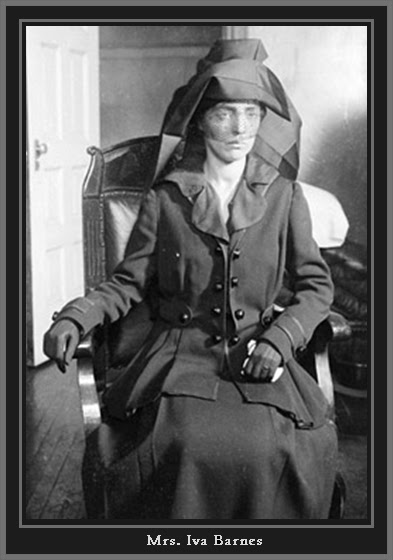 FULL TEXT (Article 5 of 7): Ray Shelhammer, husky bartender in Righeimer’s saloon, on today told about his share in the tragedy of the Barnes family, which wound up with the murder of Barnes and the trial of his wife, now on.

How he met Mrs. Iva Barnes in Washington park as she was sewing, climbed a tree to catch her parrot, which escaped, and then went to the Barnes home to wash up. Shelhamer testified. When he came from the bathroom after washing up. Mrs. Barnes embraced him, he says then Mr. Barnes came in and Shelhammer went out.

Barnes sued for divorce; Mrs. Barnes tried to get him to annul it; she shot, and killed him in Washington park, Sept 15, when he refused to come back to her, according to the claims of the prosecution.

Shelhammer’s story stood up well under a hot cross-examination. In answer to questions of the defense he admitted he did not have intimate relations with Mrs. Barnes, but said they were on a bed when Mr. Barnes surprised them.

Capt “Paddy” Lavin of the Hyde Park police station introduced a “confession” signed by Mrs. Barnes on the day after the tragedy. A second paper written on the day following was also brought into the case.

In neither did Mrs. Barnes confess killing her husband. But the act is indicated.

She said that Barnes stuck his hand into his pocket in a manner that frightened her.

An attempt by Ass’t State’s Att’y Barnhart to introduce details of the estate left by Barnes was stopped by Judge Fitch. This was supposed to lead up to a contention that the motive for the alleged slaying was to secure Barnes’ money. He was a well-to-do linen salesman...

FULL TEXT (Article 6 of 7): Mrs. Iva Barnes took the stand this morning to defend herself against the charge of killing her husband. Jas. R. Barnes, in a broken voice she sketched over her meeting with Barnes, the result of a flirtation in a loop cafe. She was dining with her father Barnes, at a nearby table, smiled. She returned it. He dropped his card on her table as he passed out. She called him up next day. She called him up the next day. They met at Marshall Fiend’s. Rapid courtship. So they were married. 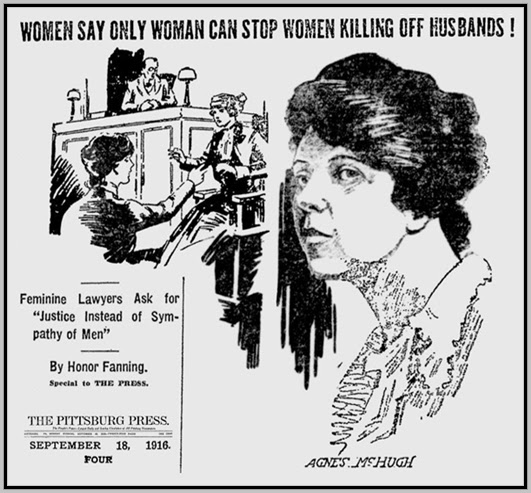