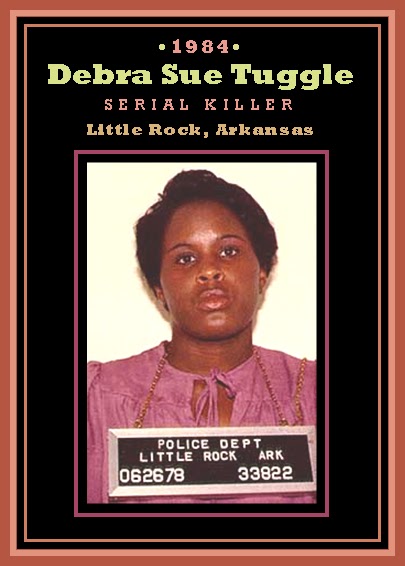 FULL TEXT (Article 1 of 2): Little Rock, Ark. – A woman accused in the suffocation deaths of four children over an eight-year period should have been slopped by public officials who knew she was mentally ill, her boyfriend said.

“My daughter should not be dead,” said George Paxton, 36, of Little Rock.

Ms. Tuggle is charged with first-degree murder. in the 1932 death of Paxton’s 2-year-old daughter,. Tomekla Shenee Paxton, and the earlier deaths of three of her own children.

Charges were pending in the 1979 death of Ms, Tuggle’s fourth child — Terranz Andre Tuggle, 2 ½ months — at Malvern, Ark., where Ms. Tuggle once lived, said Deputy Prosecutor Ed Scrimshire. Police said they did not know the motive for the slayings.

“She had always been kind and gentle to my children,” Paxton said. “I don’t hate her. She’s a sick person.”

The deaths were first attributed to Sudden Infant Death Syndrome and pneumonia. Police began their investigation in November. after Pulaski Counly Coroner Steve Nawojczyk became suspicious about so many SIDS-deaths in one family.

“We launched an investigation beginning with the last case and from that we worked backwards.”

“How could Ibis woman kill five kids?” Paxton said. “Hospital people slick together. They’re not going to say, ‘We really messed up.’“

Ms, Tuggle had a history of mental illness, police said. But Paxton. who met her on a blind date, said Ms. Toggle’s doctor assured him the woman was well before Paxton let her move in with him in early 1982 to help care for his three children. 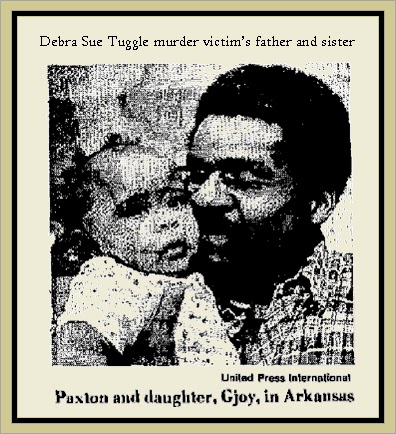 FULL TEXT (Article 2 of 2): Little Rock, Ark.– People were aware Debra Sue Tuggle’s children were dying, but no one suspected she was killing them because of a “breakdown in the system,” a coroner says.

“It scares the hell out of me that somebody could get away with killing five people over a period of eight or nine years,” coroner Steve Jawojczyk said Thursday.

Ms. Tuggle, 26, a former mental patient, is accused of killing four of her children and suspected in the death of a fifth.

“People were aware her children were dying, but her stories were believable enough that it wasn’t reported,” said Jawojczyk.. “This particular case was brought about because of a breakdown in the system.” Ms. Tuggle appeared for a preliminary hearing before Municipal Judge Andy Clark and was ordered held under $750,000 bond.

She was charged with first-degree murder in the 1982 drowning death of her boyfriend’s 2-year-old daughter, Tomekia Shenee Paxton, and the suffocation deaths of her three sons, Thomas Lee Bates, 2 months, and William Earl Henry, 21 months, in 1974, and Ronald Earl Johnson, 9 months, in 1976. Authorities in Malvern, Ark., where Ms. Tuggle once lived, are investigating the 1979 death of Ms. Tuggle’s fourth child, Terranz Andrew Tuggle, 2 ½ months.