How Domestic Offenders Were Treated in New Jersey in 1870 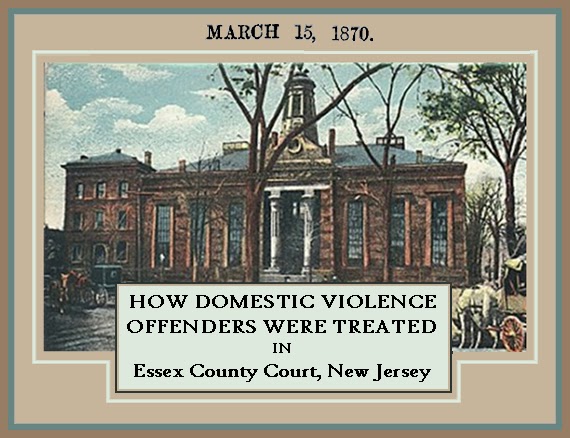 FULL TEXT: The Jersey Justices are shrewd and unswerving in the administration of the law. If they happen to make a mistake on the side of mercy, and find a prisoner rather pleased than otherwise at the extent of his sentence, they quickly reconsider the matter. In the Essex County Court yeserday a wife beater was sentenced to six months’ imprisonment, just as he was going out the Judge detected a pleased expression on his face, and heard him say “Thank you, Judge, I can stand that.”

It was unfortunate for the wife beater, for the Judge did not intend that he should have a punishment that he was pleased with. So he called him back and doubled his term.