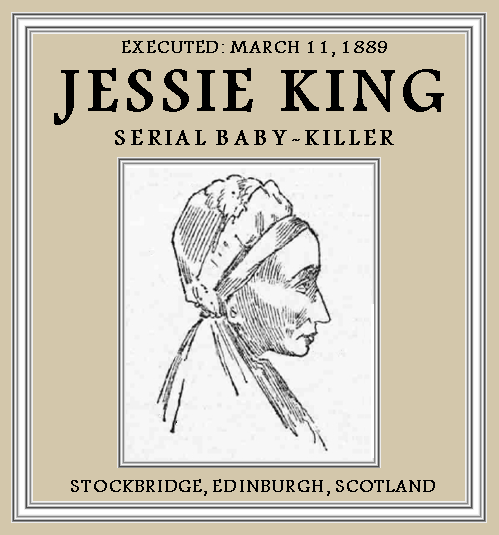 FULL TEXT (Article 1 of 2): On Monday, at the High Court of Justiciary, Edinburgh, the Lord Justice Clerk presiding, a woman named Jessie King, residing at Stockbridge, Edinburgh, was charged with having murdered three children by strangulation and suffocation, the first child being twelve months old, the second six weeks, and the third five month’s. The children were illegitimate and had been adopted by the prisoner, who received sums varying from £2 to £5 in each case. In a declaration made by the prisoner in November last she confessed that she strangled one of the children; and that after getting the second child she brought it home and gave it some whisky to keep it quiet. The whisky took away its breath, and while it lay gasping she put her hand upon its mouth and choked it. At the High Court yesterday the prisoner pleaded “ Not guilty.” Evidence was led at great length for the prosecution, but there was no evidence for the defence. The Solicitor-General withdrew the charge in the third case. The Lord Justice Clerk, in summing up, said it appeared to be quite a common thing for guilty parents to hand over their offspring to the care of others. When they heard that advertisements for the adoption of such children wore answered by twenty-five such persons they could not but have the most grave suspicion that, underlying the system of supposed adoption, there lay a state of things which was dangerous to the moral welfare of the State. The jury, after an absence of six minutes, unanimously found the prisoner guilty of murder on both charges. Sentence of death was then pronounced. The prisoner was greatly affected, and, upon being removed, said, “ Oh ! to be hanged ! What a death !”

FULL TEXT: Jessie King, the woman whom the secretary for Scotland declined to reprieve, and who was executed this morning, was baby-farmer who had insured children’s lives and then poisoned them with whiskey. since her condemnation she had been heard to declare that she preferred death to penal servitude for life, and she had also shown homicidal tendencies. 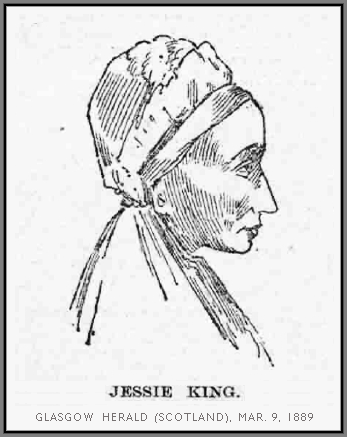 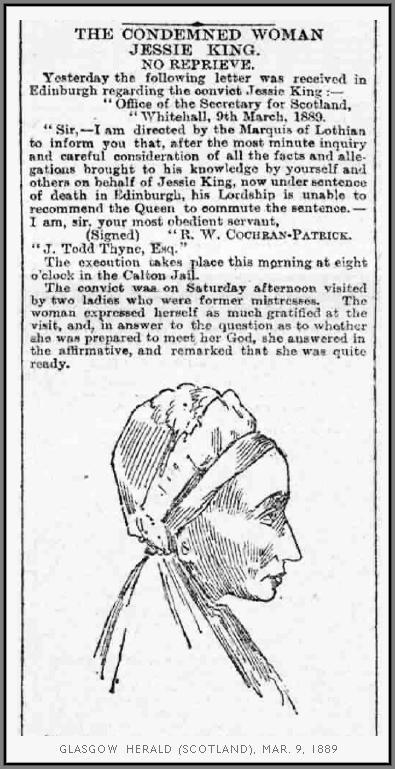 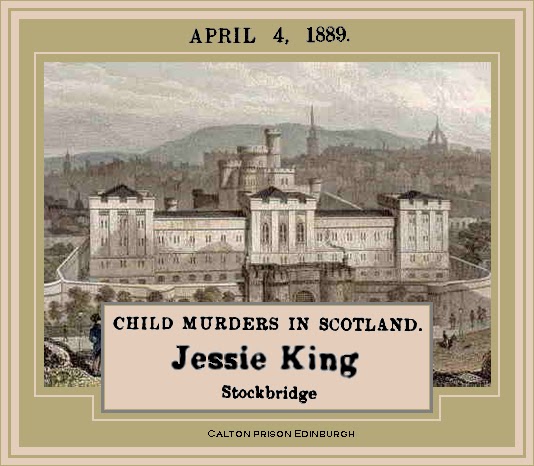