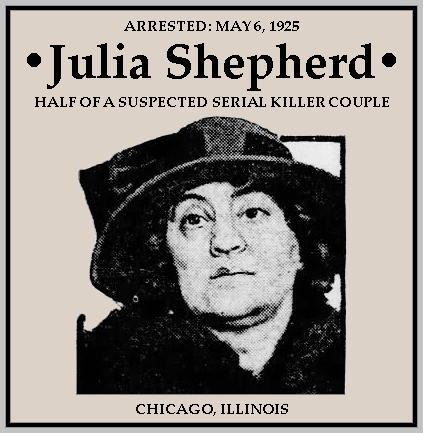 FULL TEXT: Chicago police, on the recommendation of a coroner’s jury, arrested Mrs. Julia Shepherd, who was characterized by Mr. Justice Olsen as the Lady Macbeth of a series of alleged murders designed to secure for herself and her husband a fortune of £500,000 (telegraphed The London Daily Mail correspondent in New York in early May).

William Darling Shepherd, her husband, a lawyer and chemist of some note, was arrested two months ago charged with the diabolical crime of murdering his adopted son, William Nelson McClintock, popularly known as the millionaire orphan, by administering typhoid germs in a glass of water.

The millionaire orphan died, and his fortune came into the possession of the Shepherds, to whom early this year the coroner's jury, after the examination of the exhumed body, offered an elaborate apology for suspecting them of having poisoned him.

No poison was found in the body, and a verdict of death from typhoid fever was returned.

Two months ago the head of a bogus medical establishment made a remarkable statement. In effect it was that in return for a promise of £20,000 he supplied Shepherd with typhoid germs. Shepherd, according to this statement, murdered his adopted son with these germs in time to prevent him from marrying and leaving his fortune to a young wife.

Since the arrest of Shepherd his wife has been living in lonely splendour of the magnificent residence bequeathed to her' by the young millionaire.

Nine cousins and the bereaved finances, meanwhile, started an investigation into the deaths of his parents and of a brother of Mr. Justice Olsen, whom they accuse the Shepherds of having successively poisoned.

At the inquest 100 witnesses testified. Mr. Justice Olsen, in summing up for the prosecution, declared that 10 years ago the Shepherds cultivated the acquaintance of the McClintocks solely for the purpose of killing them and gaining possession of their fortune.

After the death of the father, he alleged, they lured Mrs. McClintock as their remote bungalow in Texas, where she fell ill and died after taking medicine prescribed for her by Shepherd. Just before her death Mrs. McClintock made the Shepherds the guardians of her young son.

Shepherd was described by Mr. Justice Olsen as a weak-willed, soft man completely dominated by ‘Lady Macbeth,’ a cold, purposeful, masculine woman who plotted for years to secure the absolute control of the McClintock fortune.

The millionaire orphan and his fiancé, Miss Isabelle Pope, the Judge characterized as a second Juliet, whose marriage was finally frustrated by a dose of typhoid germs.

Mr. Justice Olsen also accuses the Shepherds of having poisoned his brother, who investigated their affairs, with prussic acid. 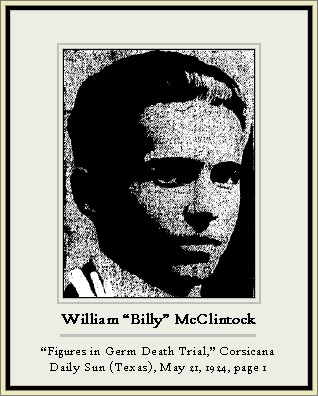 Synopsis of a book about the case:

In December 1924, a 21-year-old millionaire orphan, William Billy McClintock, died of an unusually virulent form of typhoid. He was mourned by his financé, Isabelle Pope, who sought unsuccessfully to rally her love by marrying him on his deathbed. Shortly after Billy's funeral, questions arose as to the cause of death, with insinuations of foul play. After reaching his majority and inheriting his estate in April, McClintock had signed a will drafted by one of his guardians, lawyer William D. Shepherd—a will which left everything to Shepherd, but only if Billy died before his planned February 1925 wedding to Ms. Pope. Ultimately, Shepherd and his wife Julie were accused of killing not only Billy McClintock, but Billy's mother and a doctor friend of the family.

This case caused a major sensation in Jazz Age Chicago, a society fascinated with murder and mayhem. When the body of Billy's mother was exhumed after sixteen years, it was found to contain enough mercury to have killed two people. The Shepherds were the only likely sources. Three physicians came forward to say that Shepherd had approached them about obtaining typhoid germs. Yet, Shepherd would beat the charges of Billy's murder; in fact, no one would ever be charged in the death of Billy's mother. Was there a murder—or two? Who stood to gain the most from these deaths? McConnell recreates a slice of life among Chicago's elite and the colorful characters who may or may not have sought their own piece of the fatal fortune—so-called because its inheritors almost always died within two years of receiving it. 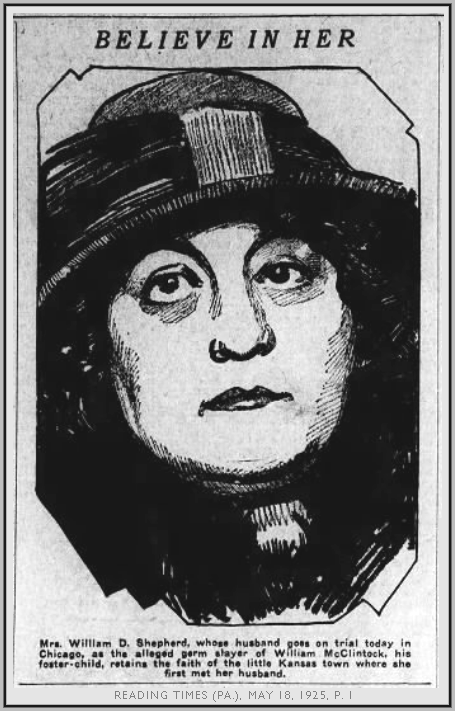 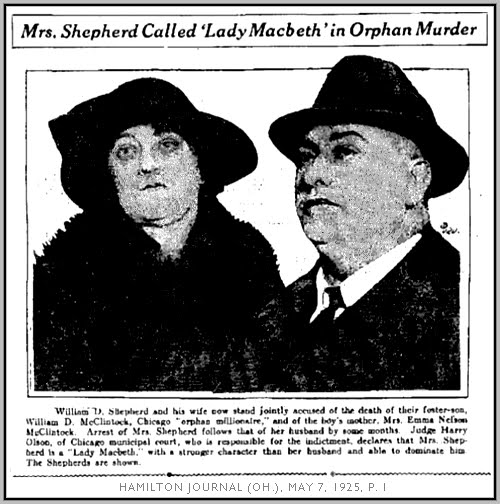 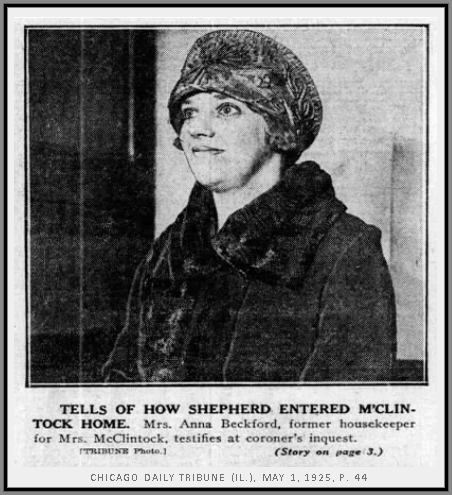 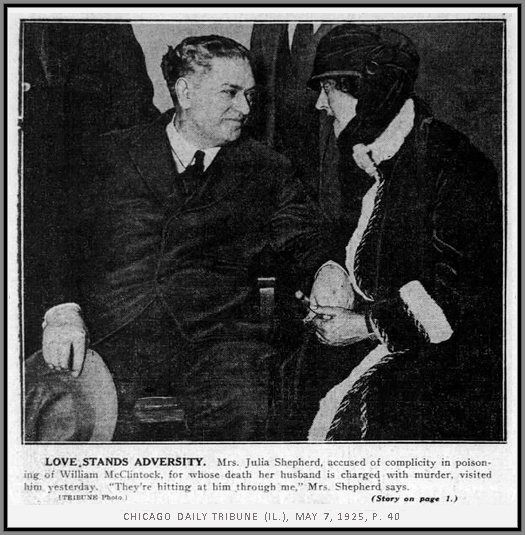 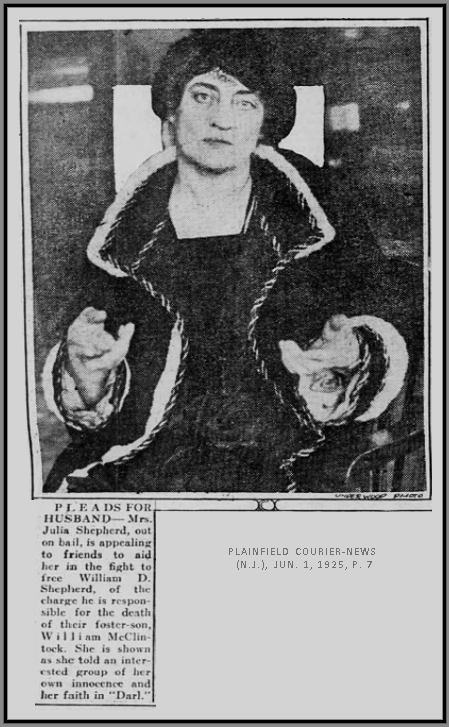 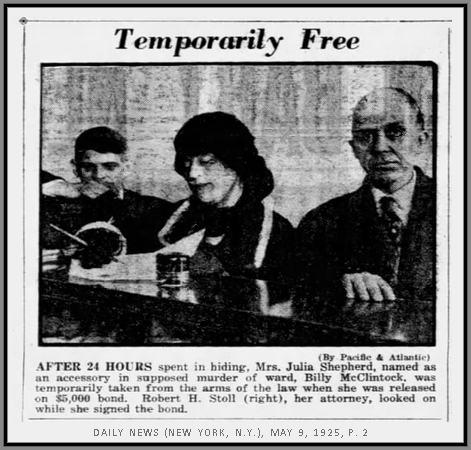 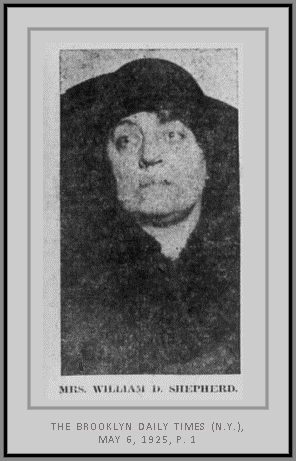 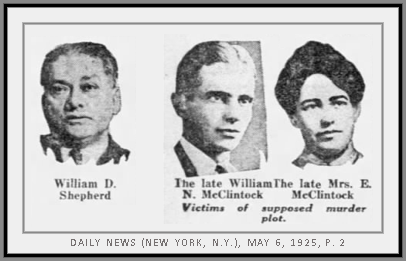 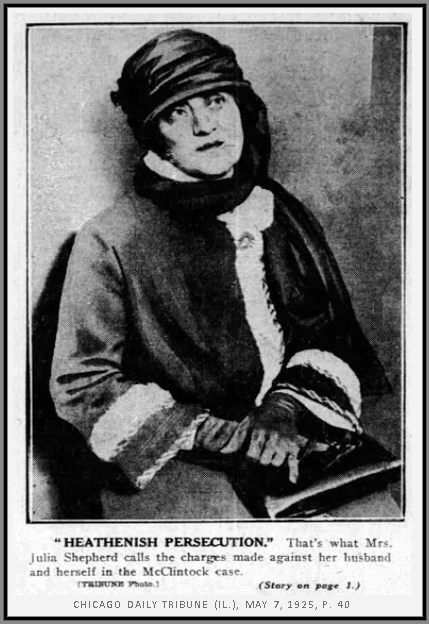 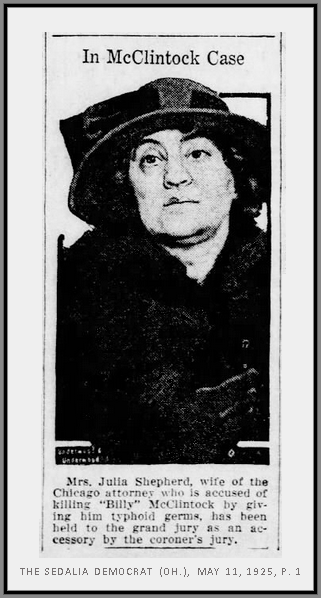 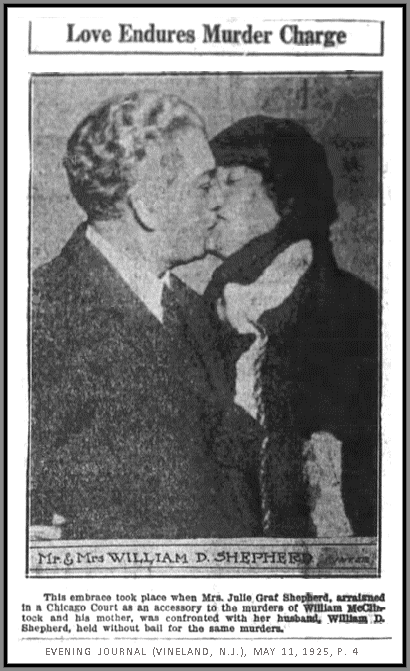 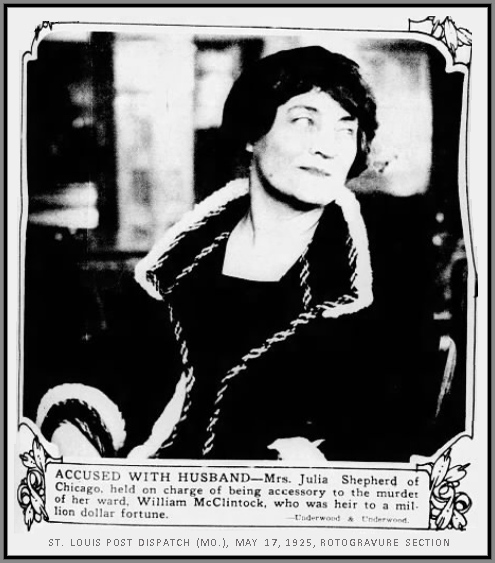 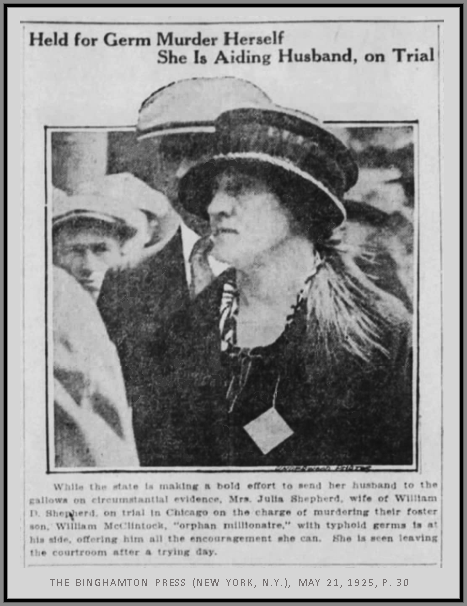 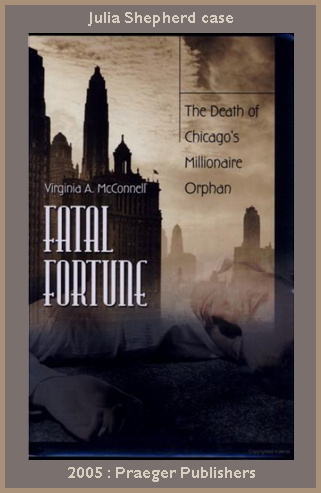 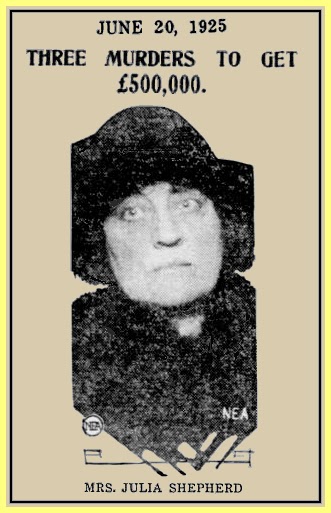