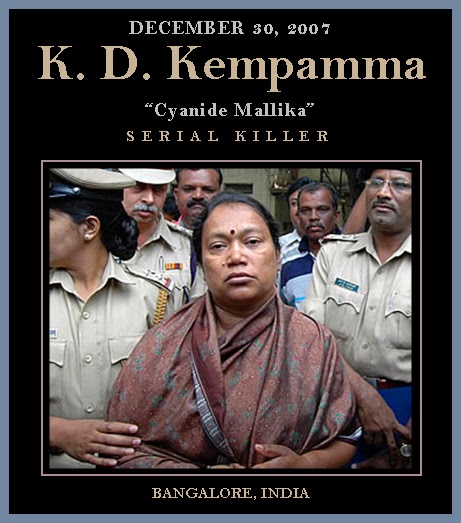 Mallika alias “Cyanide Malllika” alias K. D. Kempamma alias Yashodama, is called by the Indian press the nations’ “first female serial killer,” despite the fact that poisonings have been quite common through India’s history. Yet it has only in recent decades that officials and criminologists have begun to treat serial killers as special cases deserving of a separate category in record keeping in the West, let alone in the East which has only later followed the novel labeling practice.

Her first crime was on October 19, 1999 when she murdered a 30-year-old woman on the outskirts of Bangalore. The murders came to light after her arrest on December 31, 2007 following a tip-off. Eventually, she was convicted for six murders.

Mallika chose her victims from among female devotees near temples. Posing as a pious lady acquainted with religious rituals, she would befriend well-to-do women. Once she gained the confidence of the woman, she would call her to a temple that was far away from the would-be victim’s house. She would advice the women to be dressed in all their finery, including jewellery, to please the gods. At the temple, Mallika would pretend to perform a prayer before telling the woman to drink holy water or eat prasad that would be laced with cyanide.

In 2010, a Tumkur court  sentenced her to death  for the murder of Muniyamma, in Yediyur Siddalingeshwara temple in Kunigal taluk and on Mar 30, 2012 she was again given a death sentence for the murder of a housewife Nagaveni in Doddaballapur on December 18, 2007.

The housewife  was found dead in the premises of a temple in Doddaballapur. She was a resident of Allalasandra, near Yelahanka New Town. Malllika had befriended Nagaveni, who was childless. The victim visited various temples to pray for a child. She told the would-be mother that she would perform a special puja to help her realize her desire. She led her victim to a temple in Doddaballapur that morning, and pretending to give her holy water, instead provided water laced with cyanide. Nagaveni drank it and died instantly. Later, the killer removed the victim’s gold ornaments and escaped.


On August 2, 2012 the Karnataka High Court reduced the death sentence to life imprisonment. A division bench headed by Justice DV Shylendra Kumar reduced the sentence on a criminal appeal filed by Mallika challenging the order awarded by the court at Tumkur on March 24, 2009.

[based on various news sources]


***
For a remarkably similar case from a century earlier, see: “The “Kakoorgachi Serial Murderess,” Calcutta, India - 1883 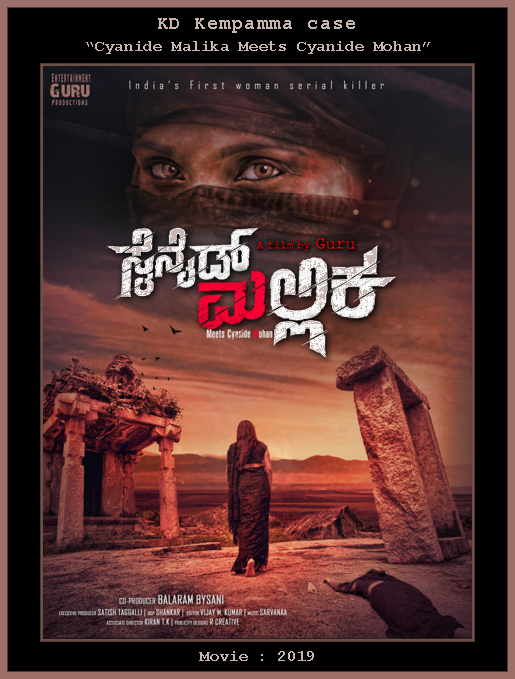 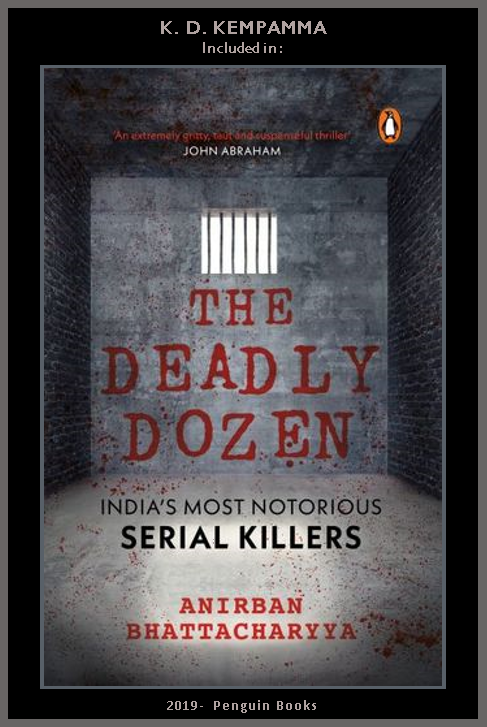 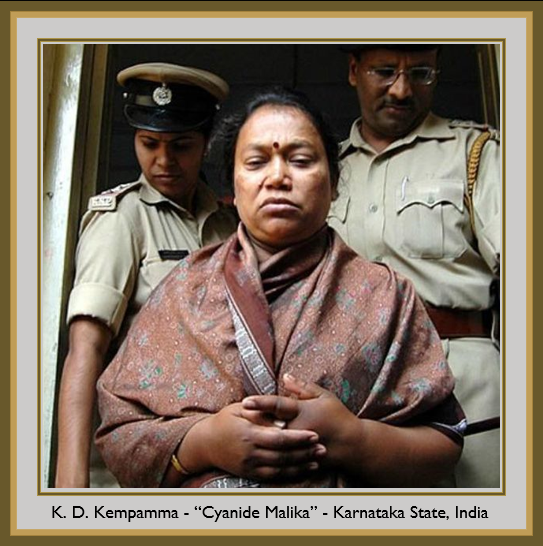