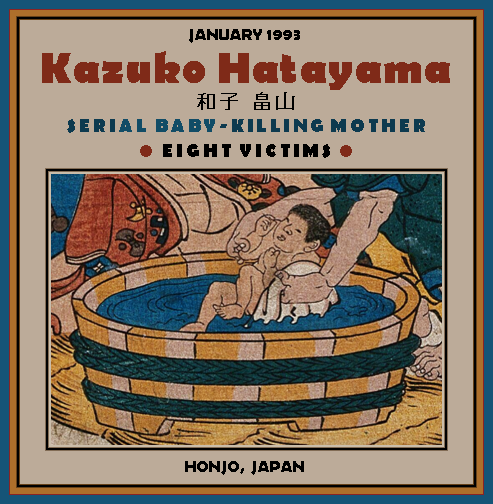 FULL TEXT:  Tokyo – A 38-year-old mother charged with killing her eight babies said she turned against the newborns because she thought they would be too difficult to raise, police in northern Japan said yesterday.

The tiny bodies, wrapped in vinyl bags or other coverings, were recovered near and under the home of  Kazuko Hatayama in Honjo, about 280 miles north of Tokyo, police said.

A police official said Mrs. Hatayama said investigators she killed the babies immediately after they were born, beginning around 1982. She and her husband have three living children. 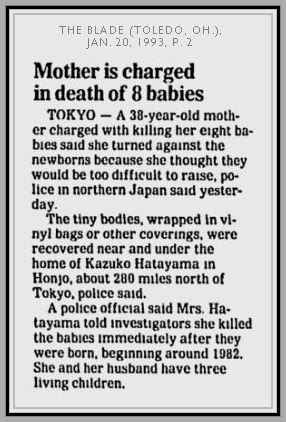 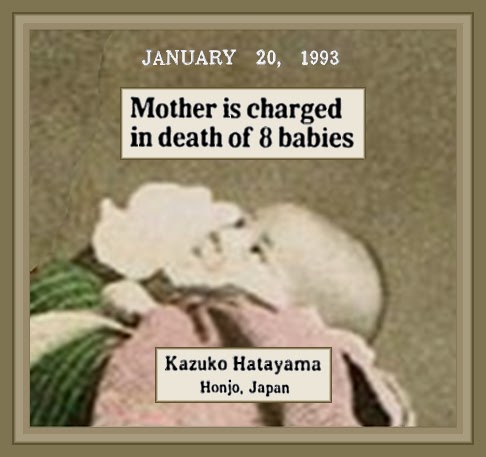