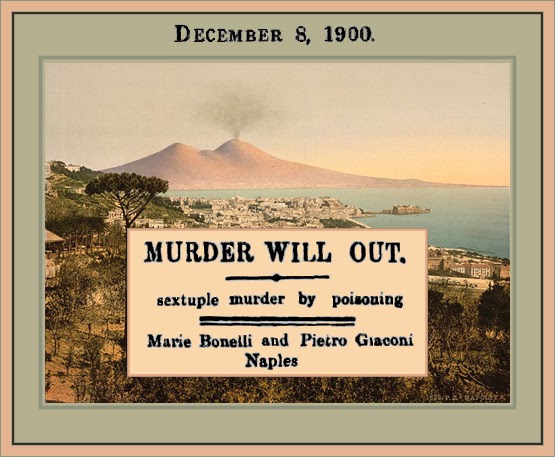 FULL TEXT: The Rome Assize Court is now investigating a sensational charge of sextuple murder by poisoning (says a telegram dated October 18). The accused, Pietro Giaconi and Marie Bonelli, are alleged to have committed these crimes 31 years ago. At that time Marie Bonelli lived in Rome with her husband and three children. She fell in love with Giaconi, who was the son of wealthy parents. The intrigue culminated in the death — all within a period of a few months — of Signor Bonelli, his three children, and the father and mother of Giaconi. These sinister events were followed by the marriage of the lovers, and excited the suspicion of the authorities, who opened an investigation. The pair fled to Constantinople, but after an interval of some months returned to Italy and settled down in Naples, where they lived in safe obscurity for 30 years. But when Pietro's funds became exhausted, and the pair were reduced to penury, quarrels broke out. Pietro had become enamored of a young Neapolitan girl, and to rid him self of his wife, he denounced her to the police as the murderess of her husband and three children. Marie on being arrested promptly accused her husband of poisoning his parents, and he also was apprehended. 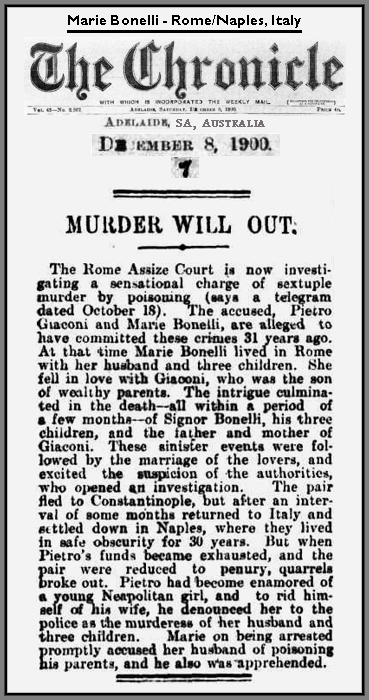