Mary Hart, Suspected Philadelphia Serial Killer of 13 of Her Own Babies - 1886 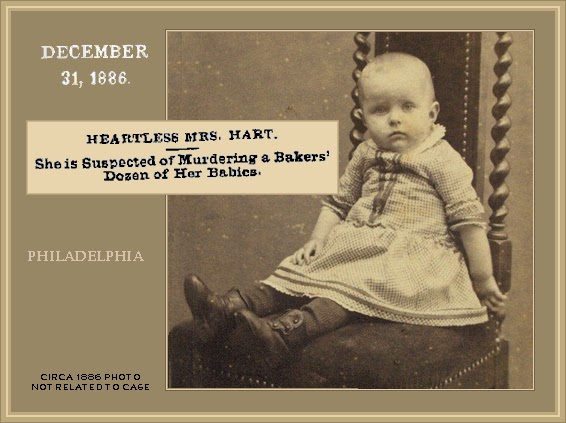 FULL TEXT: Philadelphia, Dec. 31. – Dr. Formad, coroner’s physician, is investigating a singular series of deaths in the family of Mrs. Mary Hart, No. 2015 Porcelain street. Dr. English found, on his return to the city from a four days’ absence, that Mrs. Hart’s new born infant, which was in full health when he last saw it, died on Monday night very suddenly and mysteriously. He also learned that it was the thirteenth child which Mrs. Hart had lost in the same way at the same tender age. Under the circumstances he declined to give a certificate and the coroner will hold an inquest on the body of the infant to-day.