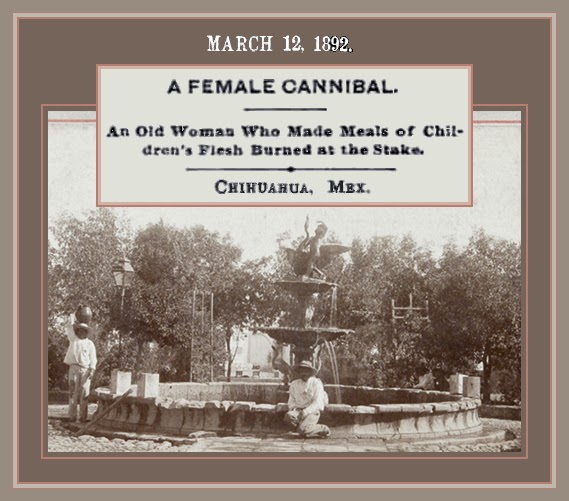 FULL TEXT: Chihuahua, Mex.,  March 11 – Among the Indians west of this place the belief in witchcraft is general and for a number of years an old woman has held the Indians in that locality in great fear of her alleged power over life and death. She was also accused of eating young children. When the woman was known to be away from her house a party of men went there and found horrible evidence of the fact that she had indeed indulged in meals of children’s flesh. There were not only bones to be seen but a partly eaten child was also found. When she returned she was burned at the stake and the people ate small portions of her body in order to keep off vengeance that might befall them for killing her. 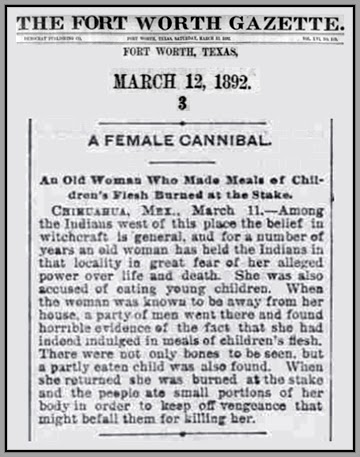