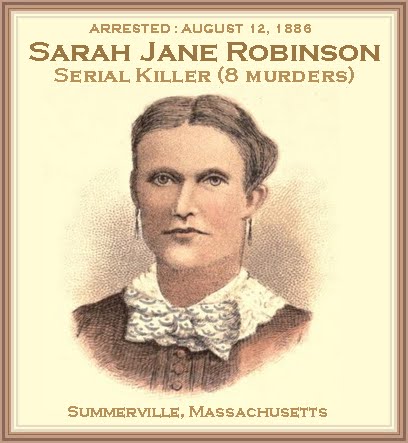 FULL TEXT: Summerville, Mass., Aug. 12.— Mrs. Sarah Jane Robinson is held to bail here on the charge of poisoning her husband and son, and nine other deaths from similar causes are laid at her door. All the parties referred to, it is said, were insured in such a way that Mrs. Robinson was benefitted directly or indirectly by their death. Mrs. Robinson’s son William, who died this morning, suffered terribly from convulsions in his last hours. The symptoms seemed to be those of poisoning, but the analysis of the boy’s stomach has not yet been completed. Mrs. Robinson seemed completely broken down mentally and physically when she was brought before the police court to-day with her alleged accomplice, Thomas R. Smith. Both the prisoners pleaded not guilty to the charge of administering poison in medicine to William J. Robinson with intent to kill. They were held for trial on the 18th inst. Mrs. Robinson’s bail is fixed at $25,000, and Smith’s at $3,000. Neither has obtained the required security, and they remain in jail.

The developments connected with the arrest of Mrs. Sarah Jane Robinson, for poisoning, have created a feeling of horror aiming those conversant with the facts, and the deeper the investigation by the police and the press, the more terrible the affair appears.

The actions of Mrs. Robinson are considered suspicious. Yesterday noon before her arrest she fainted apparently and straightened out rigidly, as though dead. It is thought she will plead insanity. The eleven persons supposed to have been victims of Mrs. Robinson include her children and the children of parents who left them in her care, and some of those parents. In one case, that of James Freeman, it is alleged that she poisoned Freeman, who had his life insured for $2,000. Mr. Robinson died suddenly four years ago. It was said that he was killed by drinking ice water while overheated. The insurance company contested the case, and it is still in the courts.

Mrs. Robinson is also said to have moved frequently from place to place to avoid paying rent. The body of her daughter who died two years ago, will be exhumed. The police are making a thorough investigation.

[“The Awful Crime Of One Woman. - Eleven Victims, Her Husband And Children Among The Number, Put To Death—The Infatuation Of Insurance Money The Origin Of Her Peculiar Mania.” Chariton Herald (Io.), Aug. 19, 1886, p. 3] 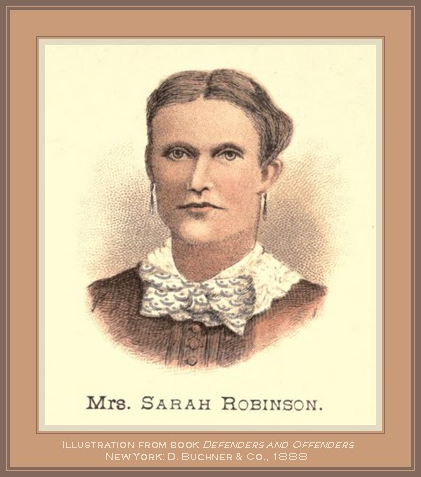 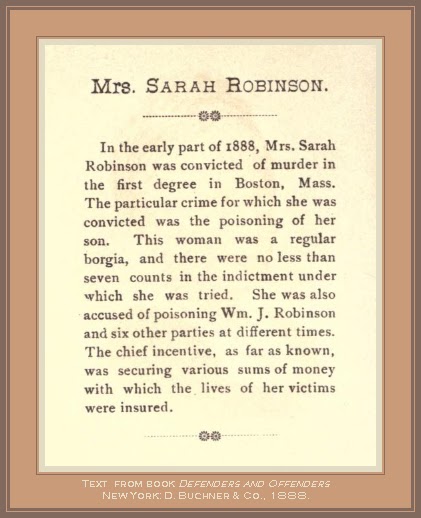 FULL TEXT: Irish-born Sarah Jane Tennent used poison to settle differences and gain insurance money. After marrying a man named Robinson. Sarah pointed her Boston landlord and, in 1882, her husband. the widow next poisoned her sister Annie so that she could wed Annie’s husband, Prince Arthur Freeman. When Freeman declined her marriage proposal, he, to, was poisoned.

Sarah also poisoned her own children. William and Lizzie, and seven-year-old Thomas Freeman, her sister’s son, collecting insurance money on all her victims. A suspicious insurance investigator had the bodies exhumed, and arsenic was found in all the corpses. Sarah Robinson was Tried and convicted for the murder of her brother-in-law. she died in prison in 1905.

EXCERPT: Sarah Jane Robinson was sentenced to hang on November 16, 1888. By the end of October, public sentiment had turned in Mrs. Robinson’s favor and a petition to commute her sentence to life in prison was submitted to Governor Ames. Among the five hundred signers were seventy-six ministers and seven members of the jury that convicted her. On November 15 the governor commuted Mrs. Robinson’s sentence to life in solitary confinement. Sarah Jane Robinson died in prison January 3, 1906 at the age of 67 from complications following a prolonged illness. 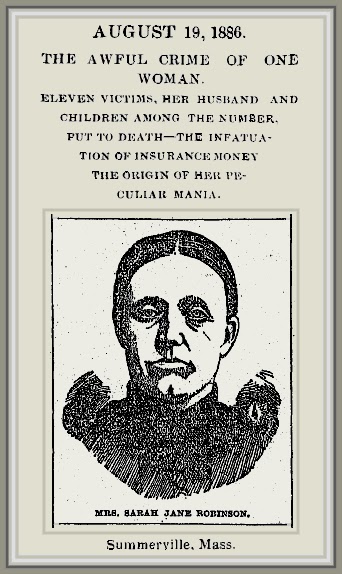 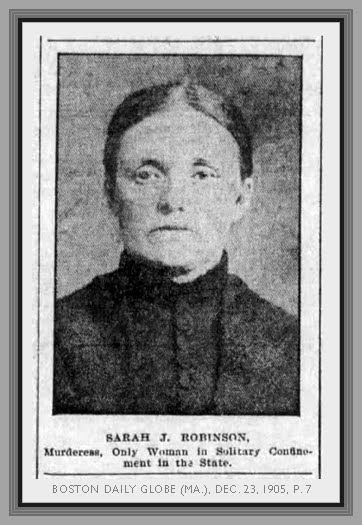 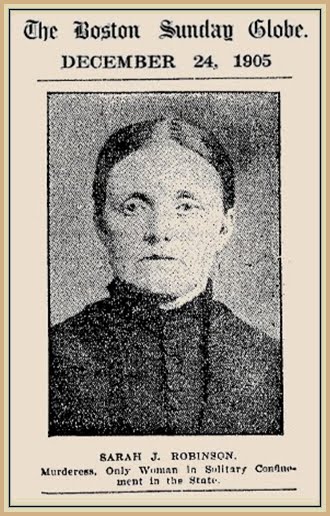 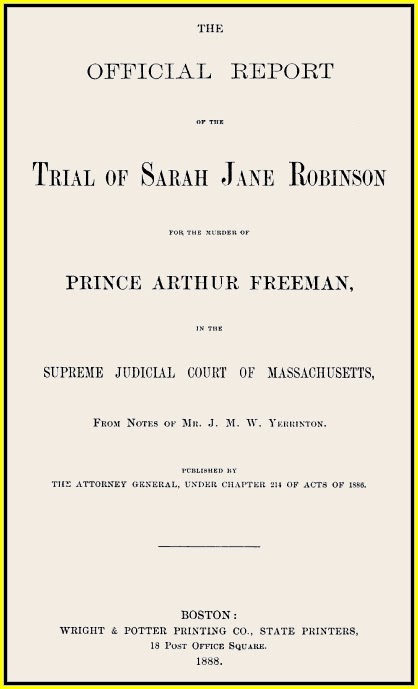 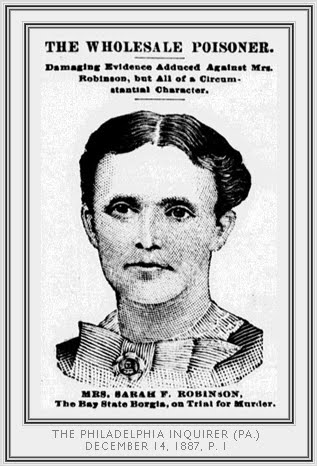 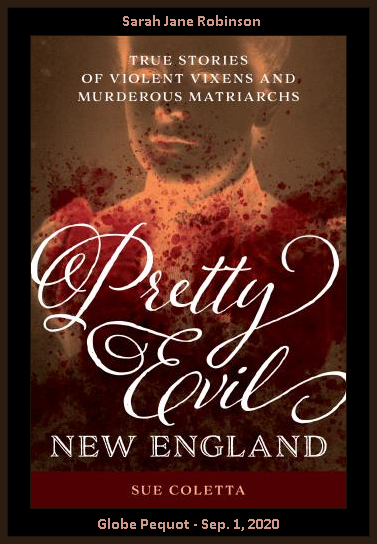