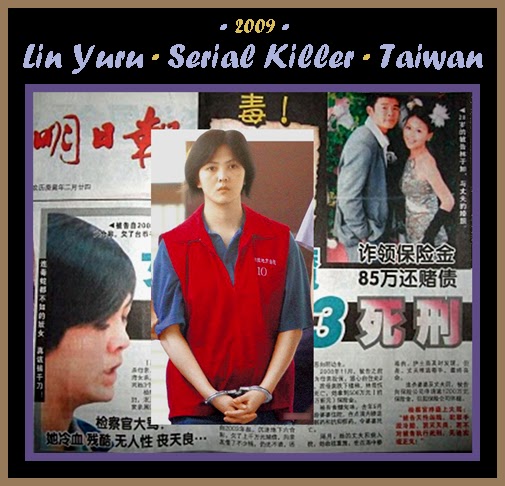 The Taiwanese press called her “the most frightening female murderer.”

A woman named Lin Yuru, 28, was charged April 7, 2010 in Nantou County, Taiwan with the serial murders her mother, mother-in-law and her husband, in an insurance fraud scheme hoping to raise money to pay off gambling debts incurred from the purchase of Mark Six lottery tickets.

Lin, aged 28, was addicted to betting on underground lottery since 2003. As a result she chalked up huge gambling debts totaling many millions of Yuan.


Lin was found guilty on three murder counts in 2010 and sentenced to death plus and two life imprisonments. But in February 2012 the Taichung Supreme Court branch commuted her to three life imprisonments, because the reviewing judge regarded the fact that she confessed to her crimes and demonstrated remorse ought to mitigate the punishment.

In response to the decision Lin’s husband’s aunt indignantly said, “I completely unacceptable. I must appeal!” saying that the family was ruined by Lin and adding that the killer had even gone so far as to make two separate efforts to murder her husband. The victims’ families still have the right to appeal, if they are dissatisfied.

1) In 2008 she murdered her mother Madam Hou Yueyun, 53, by pushing her down a flight of steps. Madam Hou died at the scene and Lin subsequently received over 5 million Taiwan Dollars (US $172,000) in insurance claims.

2) In May 2009, Lin accompanied her mother-in-law, Madam Zheng Huishen, 47, to the hospital, arranging for her to stay in a single room. Lin then added crushed sleeping pills and anti-depressant pills to the woman’s intravenous drip. Lin was paid 7.4 million Taiwan Dollars (US $252,000) by the insurance company.

3) In June 2009, Lin’s husband Liu Yuhang, who, like his mother was receiving an intravenous treatment in the hospital, almost died after Lin had contaminated the intravenous drip with the same or similar dugs used in the previous murder. His like was spared when nurses took notice of his symptoms. In the following month, however, Lin completed her task without interruption, netting her 4.75 million Taiwan Dollars (US $151,000) from insurers.

Evidence suggests Lin had also intended to murder her four-year-old son. In May 2009, the same month she murdered her mother-in law, Lin purchased life insurance for the boy.

Lin raised suspicions after making claims for her mother-in-law and her husband within two months. The murders were exposed after insurance companies discovered irregularities and reported them to the police.

Police investigation in December 2009 showed that blood samples from the victims showed that they had been fed various substances, including pesticides and other substances not prescribed by the doctors who treated them. A container of ethanol, a toxic chemical which had been found in the husbands body was found in Lin’s home.

[Based on various news reports] 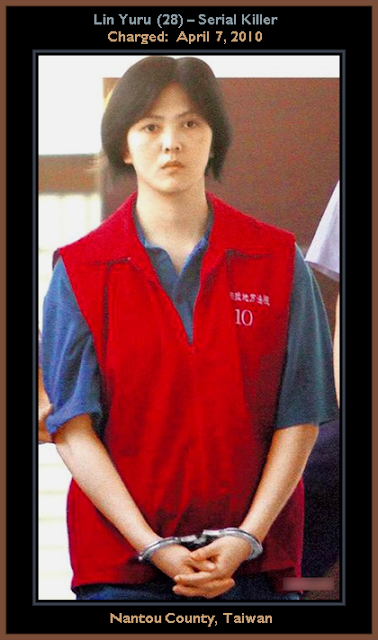 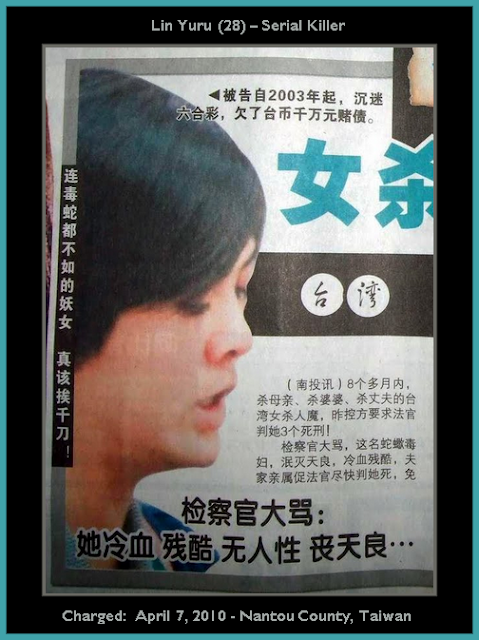