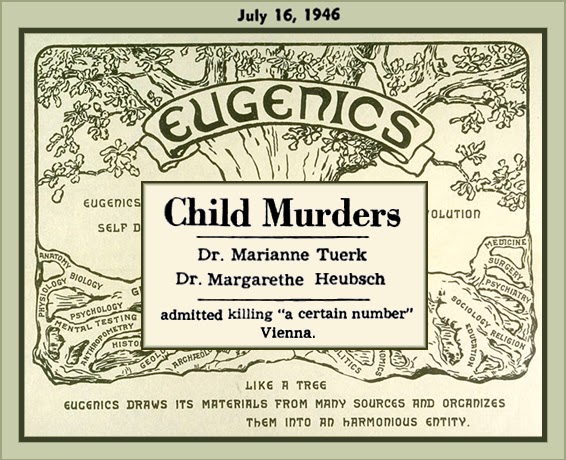 FULL TEXT: London, Tues – Dr Ernst Illing (42), who is on trial with two women assistants for the mass murder of 250 children, admitted killing “a certain number” of them, says Reuters man in Vienna.

Women are Drs Marianne Tuerk (32) and Margarethe Heubsch (43). All three claimed that the alleged murders were ordered from Berlin to “purify and improve the physical standards of the German race.”

They are said to have given overdoses of veronal, luminol and morphine to children afflicted with mental, lung and other diseases. Dr Jekelius and Professor Heyde, who are alleged to be implicated in the mass killings of children at Steinhof Hospital near Vienna are missing.

Dr Jekelius was once reported to be engaged to Paula Hitler, the Fuehrer’s sister and housekeeper. 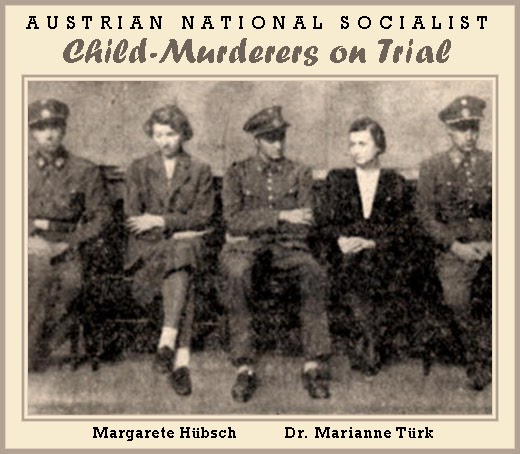 Dr. Marianne Türk sentenced to ten years' imprisonment at the People's Court. Information on the outcome for Dr. Margarethe Heubsch has not yet been located by this editor.

At least two other women were tried as participant in the child murder conspiracy: Dr. Margaret Nicely was acquitted and the nurse Anna Katschenka to eight years in prison. 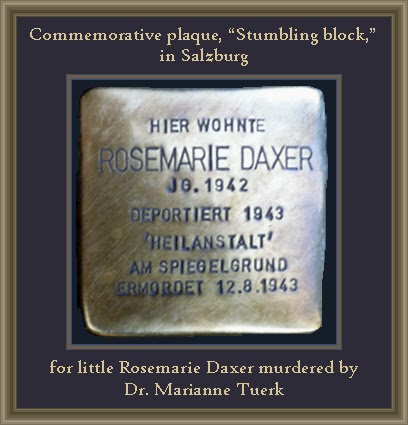 The plague illustrated is part of a monument called “Salzburg STUMBLING BLOCKS: An art project for Europe” initiated by artist Gunter Demnig. The project is directed against forgetting the victims of government-directed euthanasia [based on the philosophy of eugenics, in the USA today, under the aegis of genetic science, called “bioethics” or “transhumanism.”