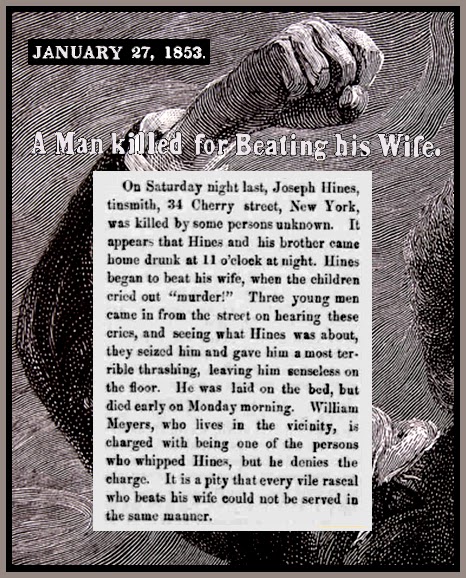 FULL TEXT: On Saturday night last. Joseph Hines, tinsmith, 34 Cherry street, New York, was killed by some persons unknown. It appears that Hines and his brother came home drunk at 11 o’clock last night. Hines began to beat his wife, when the children cried “murder!” Three young came in from the street on hearing these cries, and seeing what Hines was about, they seized him and gave him a terrible thrashing, leaving him senseless on the floor. He was laid on the bed, but died early on Monday morning. William Meyers, who lives in the vicinity, is charged with being one of the persons who whipped Hines, but he denies the charge. It is a pity that every vile rascal who beats wife could not served in the same manner.