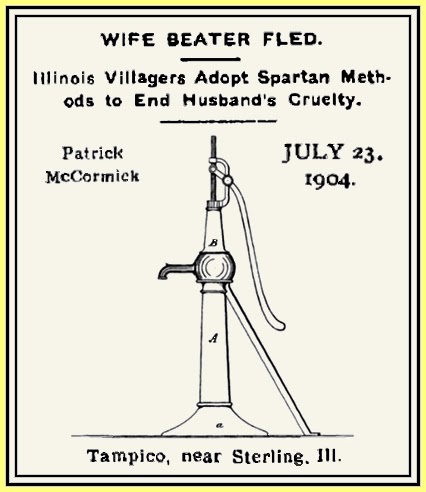 FULL TEXT: Sterling, Ill., July 23.—Half drowned beneath a pump and later recaptured for a repetition of his offense to be threatened with the noose, Patrick McCormick, of Tampico, a small town near here, likely will be lynched, if he again heats his wife. As it is, McCormick has fled. Fifty men early today surrounded his home, aroused by the cries of Mrs. McCormick, and held the husband under the town pump until he promised never to mistreat his wife again. Later he repeated the offense and the crowd was making ready a rope with which to string him up when he fled.