“No Less Than 21 Lashes” for Domestic Violence Offenders – California 1876 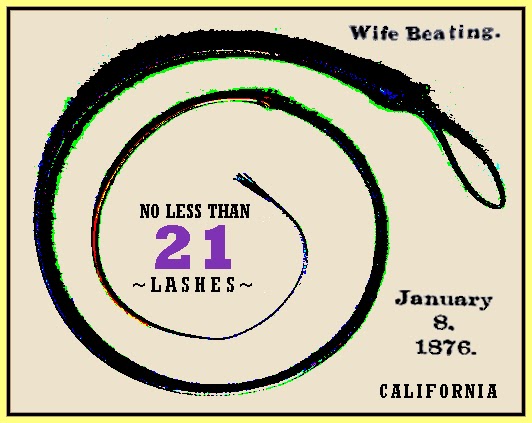 FULL TEXT: In the California Legislature, senate introduced a bill to summarily punish wife beaters, to the effect a battery, if inflicted upon the wife the assailant, shall be punishable by the infliction of no less than twenty-one lashes on the bare back to be administered by the Sheriff of the county, under the direction of the court or judge. This is very good, but capital punishment would be better.