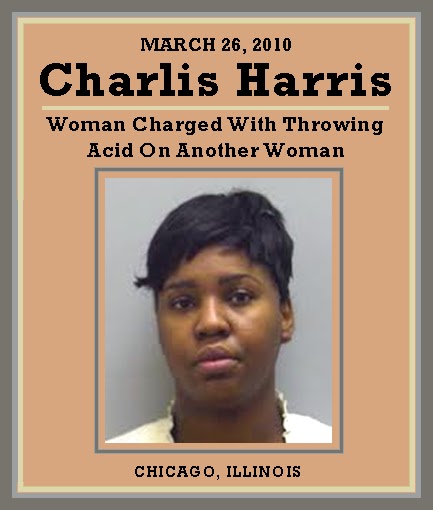 Chicago, Illinois – Charlis Harris, 26, was charged on March 26, 2010 with aggravated assault, heinous batter and unlawful use of a weapon. On Wednesday the 24th, Harris allegedly threw acid on another woman, shot at her (but missed) and attacked her car with hammer. The female victim reported that Harris had been following her and first threw the acid, resulting in burns for which she was hospitalized before attempting to shoot her.