Ideology of Hate: Feminism in 1972 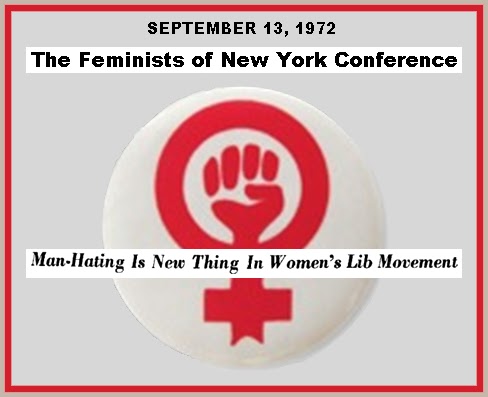 There are many "feminisms." Sometimes we use the term to describe the laudable interest in the welfare of women and girls. Other times the term is used to describe a fundamentalist Neo-Marxist ideology based on theories about class warfare and devotion to the destruction of the family unity. This post documents the latter, extremist ideology.

FULL TEXT: New York – And now there’s a new topic of debate about women’s liberation that’s bound to make at least one-half of the population a bit uneasy – man-hating.

While more than 200 women cheered several speakers gave their personal views on why hating men was an essential subject related to women’s equality. The conference, closed to men, was organized by the Feminists of New York, who had a similar speak-out on rape several years ago.

“We have a moral cause for hating men for they have taken away all our power,” said Barbara Mirnoff of the Feminists, by way of introduction. “Men have imposed their minds and bodies on women and our hatred is a natural response, a rational and political hatred developing from centuries of male rule.”

The women in the audience, mostly young, dressed in jeans and T-shirts, knitting, taking notes, or holding hands, had paid up to $2 to hear speakers like Robin Morgan, editor of an anthology of feminist writings, “Sisterhood is Powerful.”

She read some of her favorite man-hating poems from her new book, “The Monster.”

“I want a woman’s revolution like a lover. I lust for it. How I wish that my tears were bullets to kill what terrorizes in men.”

Janet Bajan, a member of the New York Radical Feminists, drew applause when she said that man hatred was “a protective reaction, a survival mechanism to change the situation in favor of women.” 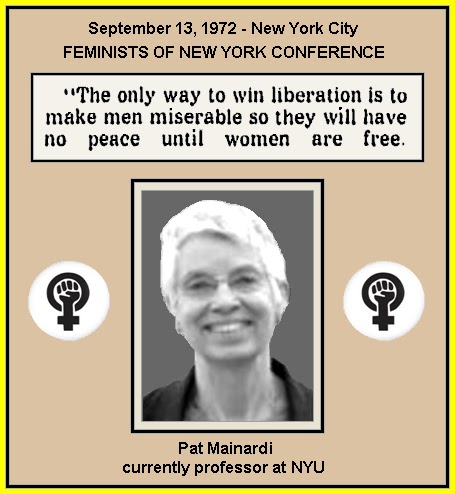 Pat Mainardi, married, the author of “The Politics of Housework,” and the editor of the Feminist Art Journal, said, “Man-hating marks a turning point in the movement. We have been defensive long enough.”

“People often ask me how women can be man-haters,” she added. “And I wonder, hoe can we be anything else.” The women cheered.

“We sleep with the enemy to find out his secrets and we pass them on to our allies,” she said, but the audience hissed.

“The only way to win liberation is to make men miserable so they will have no peace until women are free. Married women invented man-hating,” she declared. 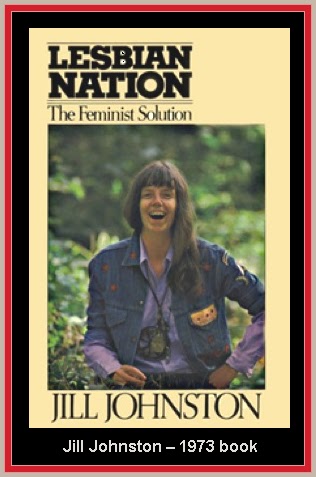 One member of the Radical Lesbians claimed that the Lesbians were the original man-haters. But Jill Johnston, a Lesbian who writes for the Village Voice weekly newspaper, said that Lesbians were women lovers, not necessarily man haters. “I don’t really want to waste my energy on encountering men and hating them,” she said, though she expressed some admiration for a Lesbian friend who had physically assaulted men on the street.

The conference almost came to a standstill when one speaker announced, “All you Lesbians out there – in 10 years you’ll be married to some man.” 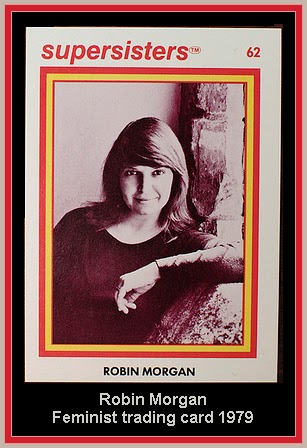