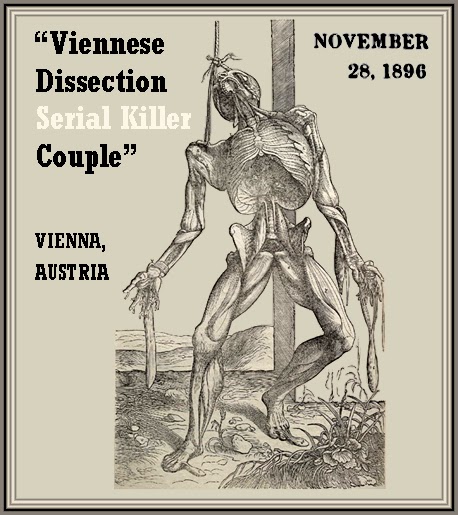 This is a tentative listing. At the moment, only one reference to this case has been located. The source suggests that this is a serial killer case. Until further information surfaces the case will be labeled as: “Viennese Dissection Serial Killer Couple.”

EXCERPT: In Vienna a man and his wife have been arraigned, charged with the murder of an unknown number of persons for the purpose of selling their bodies for the dissection table. The evidence is so far incomplete, though it strongly points to the guilt of the culprits. A year or two ago [actually 1892, the Schneider case], in the same city, it similarly unobtrusive domestic couple were found to have been engaged in enticing to their home servant girls in search of a place and murdering them for their clothes and the little money they might have about them. These latter persons were convicted and executed [incorrect; the husband was executed but the wife was reprieved]. How it may fare with the former remains yet to be decided. 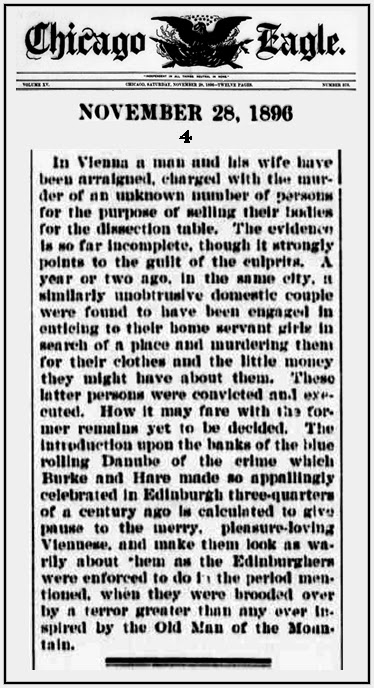