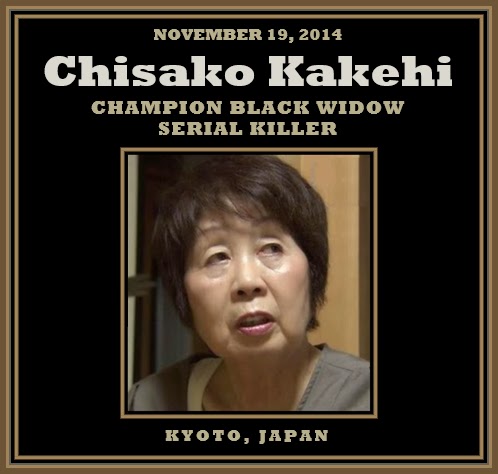 On November 19, 2014, a 69-year-old Chisako Kakehi widow and retired bank employee was arrested in Kyoto, Japan on suspicion of murdering her fourth husband. She is additionally suspected of murdering six others between 1994 to 2013: her first four husbands, a boyfriend and a fiance.

In March of this year, during the early part of the criminal investigation, the suspect told reporters: “If people suspect murder, I’d find it easier to bite my tongue off and die,” she told reporters in March. She added that she saw herself as “doomed by fate.”

Over the past two decades she has been the beneficiary of insurance money totaling 800 million yen (US$ 6.8 million) in addition to other property and money she inherited following the seven men’s deaths.

Police are investigating all seven deaths, stating that the older men may possibly have died of natural causes, yet all must still be regarded as possible murders.

In 2006 her second husband, whom she had met through a dating agency, died at the age of 69. The presumed cause was “stroke.”

Her third marriage ended in 2008 with the death of her 75-year-old spouse.

In 2012 her then-fiance met his fate after collapsing while riding a motorbike.

In 2013, a boyfriend, believed to have been suffering from some form of cancer, died.

In September 2013 a 75-year-old boyfriend fell suddenly ill after the couple ate together at a restaurant and soon was dead.

Husband number four Isao Kakehi fell sick suddenly at home and was confirmed dead at a hospital in December 2013, less than two months following the couple’s marriage. An autopsy showed the presence of  cyanide compounds.


“I killed my husband,” Ms Kakehi said from the witness stand on Monday. “I have no intention of hiding the guilt. I will laugh it off and die if I am sentenced to death tomorrow,” [“‘Black Widow’ confesses to killing fourth husband,” New York Times, Jul 12, 2017] 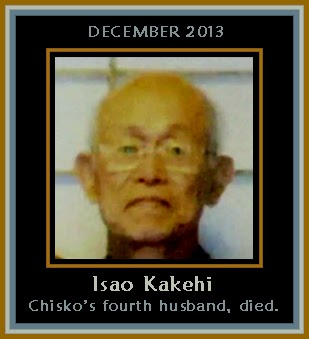 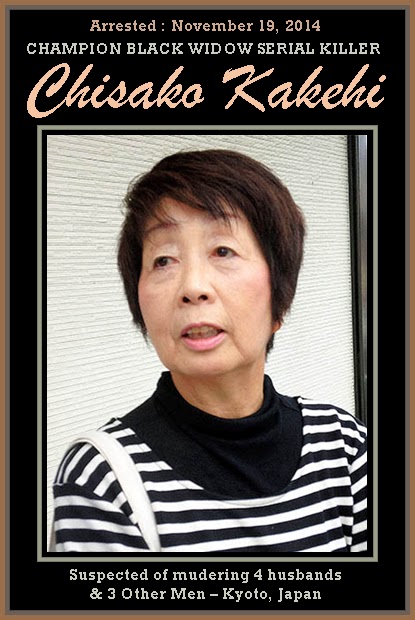 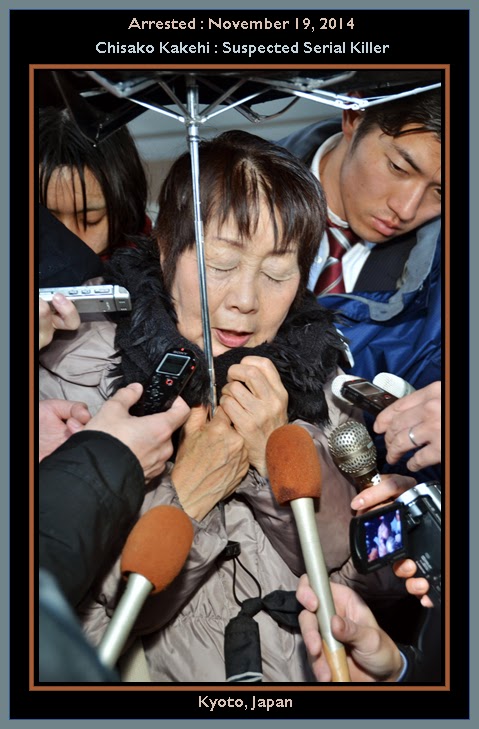 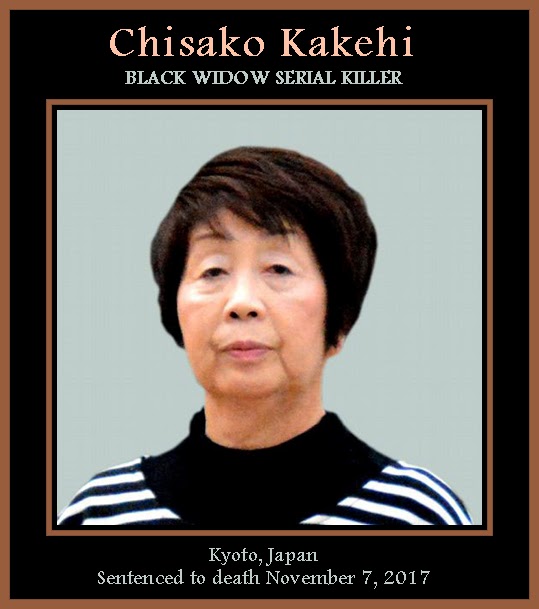