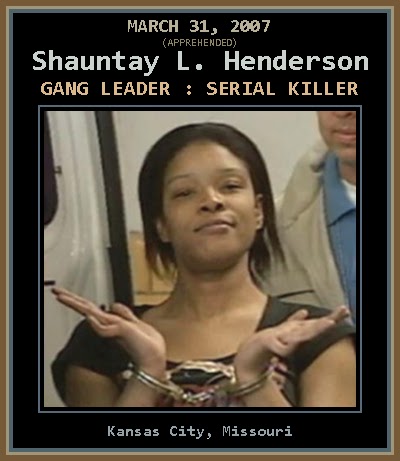 Wikipedia: Shauntay L. Henderson (born October 18, 1982) was a wanted fugitive apprehended on March 31, 2007 by the FBI after serving less than 24 hours on the FBI's Ten Most Wanted Fugitives list. A reward of $100,000 for information leading to her arrest was offered. Police have suspected Henderson was involved in as many as five other murders and a number of other shootings. However, no other charges have been filed. The Kansas City, Missouri Police Department claimed that Henderson was a leader of the violent 12 Street gang who associated with gangs from 24th street through 27th, 51st, and 57th Street. Their alliance was titled "512", "5 ace 2", or "5 ace deuce". However, the claims of the police were never substantiated. At trial, Henderson denied any involvement with gangs. On October 27th, 2011, Henderson pled guilty to felonious possession of a firearm. She faces up to ten years in state prison without parole. 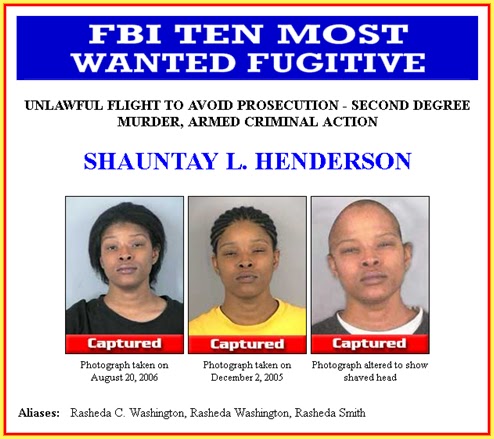