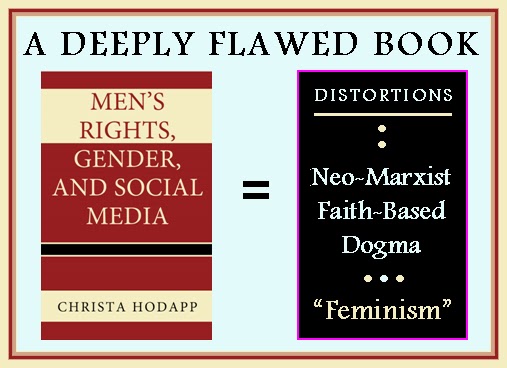 Christa Hoddap (Professor of philosophy at University of Massachusetts, Lowell) has published a distorted description of the aims of The Unknown History of Misandry.

Here is an excerpt from her 2007 book, Men’s Rights, Gender, and Social Media: 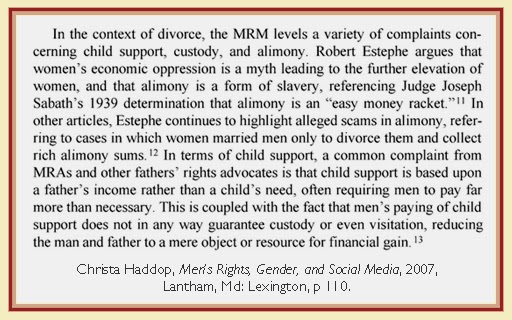 Here are links to the articles Prof. Hoddap references:
(11) St. Estephe, Robert, “Alimony Unlimited (and the emergence of a Men’s Rights Movement),” A Voice for Men, Nov. 24, 2013
https://www.avoiceformen.com/series/unknown-history-of-misandry/alimony-unlimited-and-the-emergence-of-a-mens-rights-movement/
(12) St. Estephe, Robert, “The Lethal Paternity Fraud Racket,” A Voice for Men, Feb. 24, 2014
https://www.avoiceformen.com/series/unknown-history-of-misandry/the-lethal-paternity-fraud-racket/
(13) St. Estephe, Robert, “Alimony Slaves Can Do It!” A Voice for Men, Aug. 7, 2013
https://www.avoiceformen.com/series/unknown-history-of-misandry/alimony-slaves-can-do-it/

I have never argued that males are an “oppressed” class of persons. Why? Because I reject the dialectical materialist ideology that interprets social relations reductively as an endless of oppressor class vs. oppressed class. Certainly there are MRA’s who believe that “history works logically” (Hegelian “science”-of-history influence), holding forth that “social construction” ideology provides an adequate explanation for the existence of gynocentrism, such as the notion that medieval chivalry is its source, ignoring evolutionary reproductive strategies that shape biological reality and thus biology-shaped behavioral patterns.

It is notable that Hoddap employs the pretense of objective examination in referring to the scandal of what came to be called “the alimony racket” in the mid-1920s onward. She avoids mentioning that the term was universally known in the US for decades and does not use that term in her text. Rather, she refers to “alleged alimony scams,” implying that the evidence for actual wide spread alimony fraud social problem was widespread and was continuously described and attacked by prominent female journalists, particularly in the 1920s-1930s.

Hoddap tendentiously imputes a standard oppressor/oppressed (Marxist) ideology to my writings despite that terminology is the Marxist oppressor/oppressed Marxist model never used nor it is subscribed to. In other words Hoddap restricts herself to orthodox dogma, the “history as science” approach derived from Hegel and unjustifiably projects her orthodox beliefs onto arguments made by heterodox writers where such beliefs have no place. In short, she deploys the straw-man fallacy.

In reality I leave the historical facts open to interpretation. My project is to put forth unknown, forgotten, unexamined and misinterpreted facts. Facts matter. But for Hoddap theories matter (even when incorrectly attributed to others) far more than facts and the open and detailed examination of facts.

Lest one might suppose my objections indicate a hostility towards the sex of the author, I must say that my objections indicate my continued acceptance that the university has devolved into a faith-based Marxist training center devoted to perpetuation of orthodox dogma and has rejected the mission of objective and fearless pursuit of truth. There are just as many Priests as there are Priestesses in this Orthodox Church of Dialectical Materialism, and not a few believers are critics (albeit confused ones) of feminism who imagine the problem just a matter of gynocentrism, rather than a complex mix of biology, culturally constructed customs and the Neo-Marxist faith (“critical theory,” deconstruction, post-modernist ideations, the “science” of historical inevitability (a pseudoscience)).

This formula representing anti-feminist thinking may well apply for the small number of critics of feminism who are foolish enough to pretend that modern feminist ideology is not characterized by specious Neo-Marxist beliefs, or who similarly that they can rescue the “progressive”/”social justice”/Hegel-Marx model of reality from gynocentric influences so that their preferred version of “historical inevitability” can be preserved and implemented by social engineering in a progress towards utopia.

The application of the simple binary opposition of oppressor/oppressed to the complex and multivalent materials dealt with in anti-feminist and Men’s Rights discourses is ridiculously simpleminded. But it is, we can be assured, the orthodox approach.

Haddop is not an authentic and serious critic of the Men’s Rights Movement; she is merely just another pedestrian formula-repeater, like so many less-credentialed ones using the same tactic: “Marxsplaining,” if you will.

Such shoddy and and dishonest scholarship just what we should expect from Indoctrinate U. These captured institutions promote not liberal education and free thinking but rather authoritarianism and constant misery based on fake philosophy. 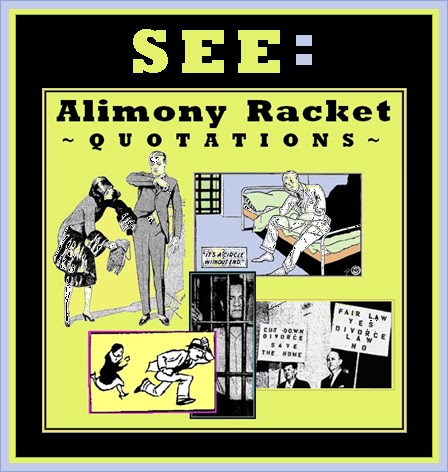 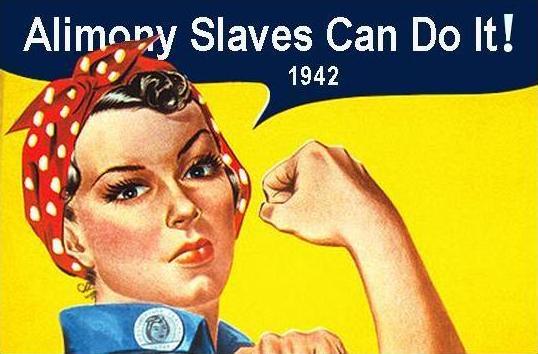 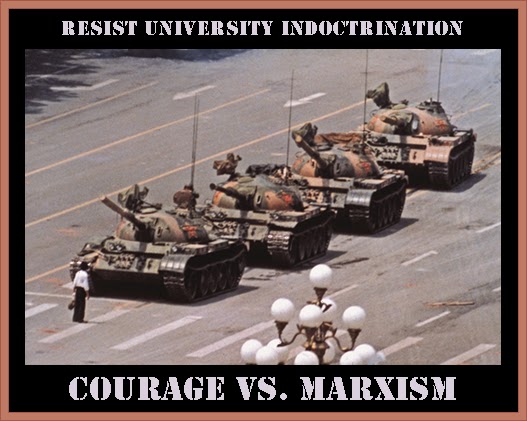 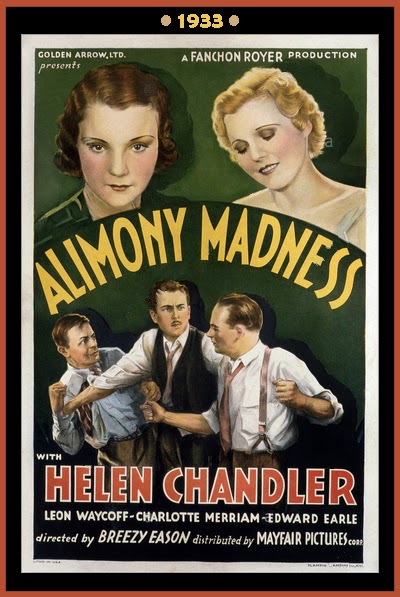 Read This Book and Promote It (Period!) – The Boy Crisis, by Warren Farrell & John Gray 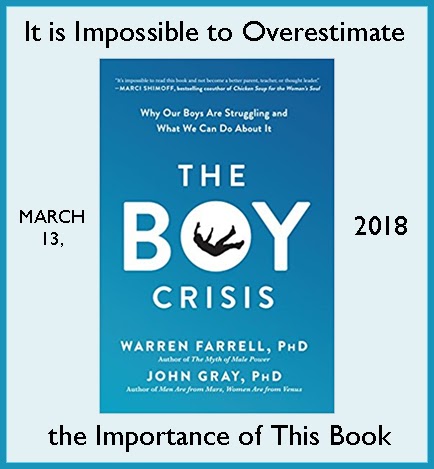 “The Boy Crisis is the most important book of the 21st century. . . . If you care about the very survival of humankind, you must read this book.” — Jed Diamond, PhD, author of The Irritable Male Syndrome

“The Boy Crisis brilliantly explores the challenges facing our sons—and everyone. The sections on ADHD, the role of mothering and fathering, and developing boys’ health intelligence are priceless and life-changing.” — Suzanne Somers

“Drs. Farrell and Gray frighten and enlighten us in their brilliant analysis, insights, wisdom, and practical solutions to The Boy Crisis . . . essential reading for every parent, teacher, and policy-maker.” — Philip Zimbardo, PhD, former president of the American Psychological Association and Stanford University professor

“It would be impossible to read this book and not become a better parent, teacher, or thought leader.” — Marci Shimoff, #1 New York Times bestselling author

“What The Feminine Mystique did for girls and women, The Boy Crisis does for boys and men. An eloquently written, compelling tour de force, The Boy Crisis presents a long overdue vision of boys’ self-worth, sense of purpose, and idea of heroism that will leave our boys happier, healthier, and better prepared to sustain love.” — Dr. Richard A. Warshak, author of Divorce Poison

“A must-read for anyone who cares about our boys, our schools, our culture, and the future of our country.” — Helen Smith, PhD, author of Men on Strike

“Arresting, alarming, and impeccably researched, The Boy Crisis is a must-read for every parent, educator, and policymaker who cares about the future of boys and girls.” — Michael G. Thompson, PhD, New York Times bestselling coauthor of Raising Cain

“Original, thoughtful, and filled with gems of practical wisdom to understand and support the future of boys.” — Jack Canfield, coauthor of the #1 New York Times bestselling Chicken Soup for the Soul® series

“As an activist in the women’s movement, I’m proud of expanding life choices for our daughters. But no one did the same for our sons—until now. Dr. Warren Farrell shines his searchlight on the ‘boy problem with no name’ in this totally absorbing, astonishing, and masterful book. Best of all, he offers parents and educators straightforward solutions with a heart full of compassion.” — Gail Sheehy, author of Passages and Understanding Men’s Passages

“The Boy Crisis is a groundbreaking and exhaustively researched book about one of the most vital and disastrous yet underreported topics in America by one of the most thoughtful writers of our time. As the wife of a dad-deprived man, and the mother of a dad-enriched son, I can personally vouch for its deep significance.” — Suzanne Venker, Fox News contributor and author of The War on Men

"The Boy Crisis will deepen your awareness and help you guide your son through the many dilemmas and ordeals that attend the journey from boyhood to manhood. Profoundly helpful." — Sam Keen, author of Fire in the Belly and Prodigal Father, Wayward Son 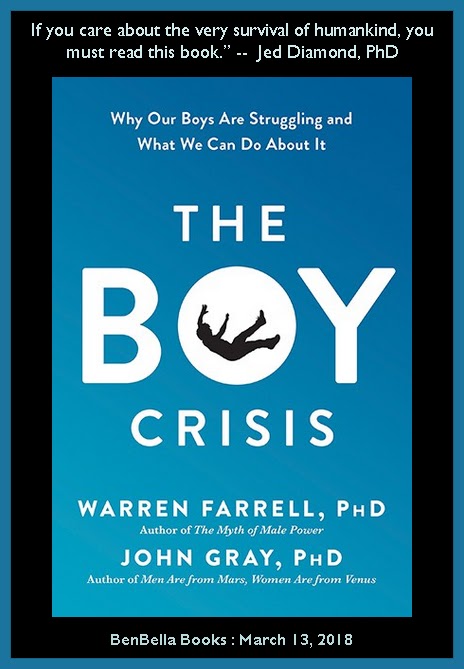