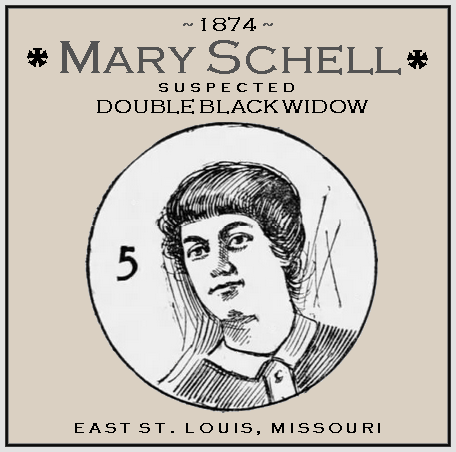 Following are excerpts from two articles about an East St. Louis man, Alexander Belleville, who, from 1856-1898, had been marries seven times and widowed seven times. He related the story of his fifth marriage to Mary Shell, whom he married in 1874 and afterwards was told she was suspected of murdering two husbands. so far. Their marriage, which was fraught with violent acts on the part of the wife, lasted only five months before she died of pneumonia.

[Note: One article spells the name as “Shell,” the other as “Schell.”]

EXCERPT: “Three months after my last misfortune I met and married Mary Shell [sic] of St. Louis. Mary was a blue-eyed, rosy-cheeked woman, and looked like she would live forever, but, would you believe it, she only stayed with me five months? Then she took pneumonia and died.”

EXCERPT: “Then I got bit again – worse a whole lot than the first time. I tackled Mary Schell, a Tennessee widow, and, say, she must ‘a’ been a niece or somethin’ closer to Old Harry* Himself! [*slang for "The Devil"].

“After we got married somebody told me that she had murdered two husbands in Tennessee. I got to believin’ the story after noticin’ that she always went to bed with a razor under her pillow. I mustered up courage onct or twice to ask her what she had the razor for, and she said if I’d ‘tend to my own business it wouldn’t bother me tryin’ to find out other people’s. we had several set-tos, but I always managed to quit before she got to the razor act, till one day she got my French up. I went home from work that evening and didn’t see my two children about the premises. She hated the children because they wasn’t hers and I was always scared that she would put them out of the way somehow.

“’None of your durned business.”

Just then I heard Eddie say:

“I looked around and found the kids in a barrel covered over with a rock almost too heavy for me to lift to weight it down. That woman had kept them kids in that barrel 12 long hours with nothin’ to eat or drink, and mebbe I wasn’t mad! But she pulled the razor and chased me and the kids off the premises. Failing to find an officer I armed myself and went back to the house, and found everything sliced up into ribbons. When the woman saw my armory she lit a rag. I went uptown to get her arrested. The police asked me to help ‘em and then locked us both up. Soon as I got out I applied for a divorce, but before the trial she came back to the house and nearly carved me to pieces with that same razor. Then I believed that the Tennessee story was straight goods and got the divorce. 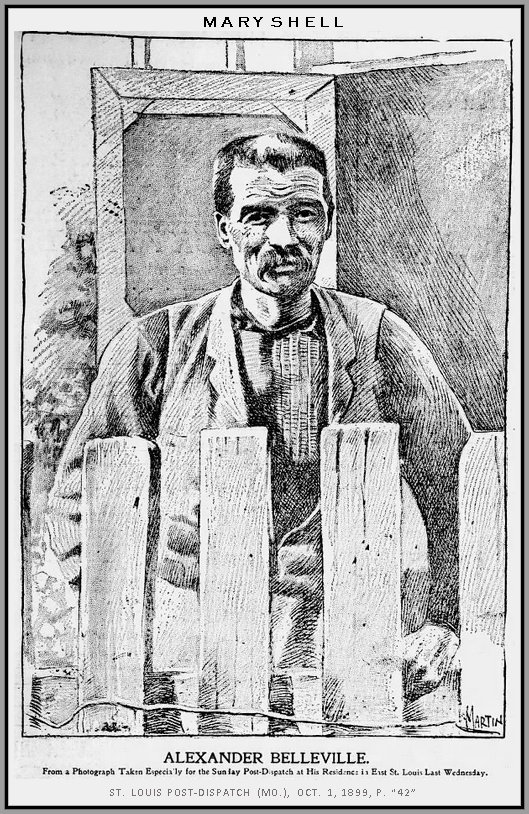