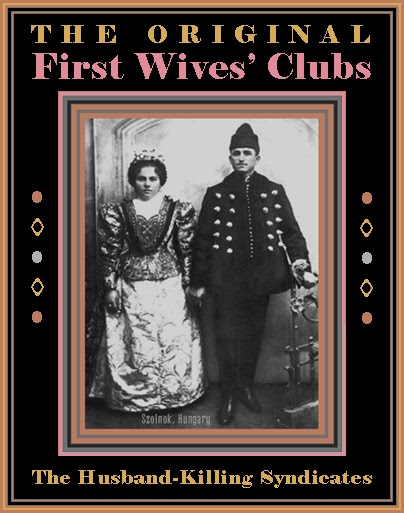 Here is a sample of the sort of “first wives’ clubs” you will find when you explore the collection of “Husband-Killing Syndicates.” Most of these news accounts deal with Eastern European cases. Here is one from Yugoslavia in 1926 called “The Lucretia Club.”

FULL TEXT: Belgrade, Jugoslavia — A club of women poisoners under the guise of a charitable organization with the significant name of “Lucretia” has been raided by the police.

Police asserted that at secret meetings the club members were taught the medieval art of mixing and administering poisons. Six women who were unhappily married were declared thus to have found means of ridding themselves of their husbands. The remains of these were exhumed and in two cases toxicologists have found traces of poison.

Five women of the club were charged with being the ringleaders of the organization and arrested.