Husband-Beater Slices Up Preacher for Condemning Her Violence – Oklahoma, 1902 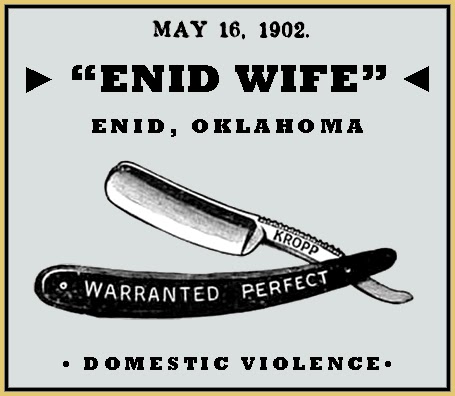 FULL TEXT: Over at Enid a colored preacher cited one of his flock, a husky dame with a temper like a buzz saw, to appear before the church board to answer for whipping her husband. On the appointed day the Amazon showed up on time, but the dominie had got scared and had taken snap judgment on her and had dropped her name from the church roll. She objected to being churched in this manner, and when she got done carving that preacher with her razor it took three doctors to keep him from bleeding to death. The woman is in jail, and the preacher is in the hospital.