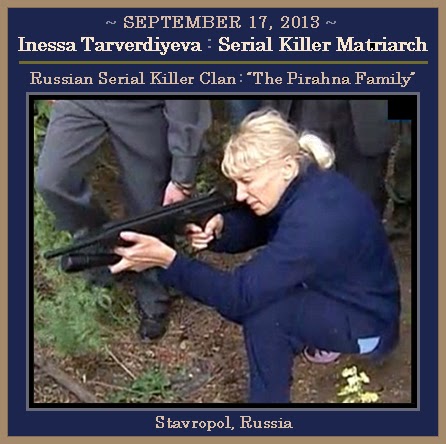 On September 17, 2013, Russian law enforcement officers were involved in a shootout in Stavropol with a middle-class family, killing the only man present, Roman Podkopaev (35), a dentist. His wife Inessa Tarverdiyeva (46), a former nursery school teacher, her 25 year-old daughter Viktoria Tarverdiyeva (25). The couple’s 11-year-old daughter, Anastasia, according to police, “actively took part in all crimes.” Later Podkopaev’s sister, Anastasia Sinelnik, was also arrested.

Over a period of six years, the family of serial killers murdered at least 30 people. Victims included a “boy, 7, was shot in the head while his sister was stabbed 37 times. Two teenage girls had their eyes gouged out in horrific torture routine,” reported by the east2west news Following her arrest, investigators videotaped an interview with the clan’s matriarch Inessa, in which they allowed her to handle unloaded rifles to demonstrate re-enact some of her murders.

It is thought that most, if not all, of the murders were associated with theft of property. ***
Suspected Criminal activity (Russian Wikipedia)
Feb. 17, 2008 – 2 victims, dead – In Aksai gunmen assassinated Zlydneva Michael, the chief of information security department of the Federal Drug Control, and his wife. They were shot in their own home, and then finished off with knives. The killers stole coats, a jacket and a TV tuner.
Jul. 17, 2008 – 2 victims; 1 dead, 1 injured – In Aksai region on the federal highway members of the gang shot the car in which rode Rostov Alexey Sazonov and Yulia Vasilyeva. Sazonov died, and Vasilyev was badly injured. The killers stole a purse with a driver’s license, passport and a lady’s handbag. Later, the girl who was left disabled, said she heard a woman’s scream: “to strive for it!”
Mar. 10, 2009 – 2 victims, dead – on the outskirts of Novocherkassk bandits broke into the house and killed two people there. They shot them with a “Saiga” carbine and then finished the off with a knife. The killers took from the vicyims’ the passports, laptop, camera, camcorder, women’s boots, coats and men’s jackets.
Jul. 8, 2009 – 3 victims; dead – On the sidelines of the federal highway “Don” in Aksai district of members of the gang committed a massacre - Lieutenant SWAT Nizhny Novgorod Dmitry Chudakov, his wife and two young children. The bandits stole killed camera, laptop, hairdryer and money worth a total of 43.5 thousand rubles, while somehow leaving gold jewelry behind. It was the most lucrative crime committed by the gang. Within two months, investigators announced the disclosure of the crime. As it has been wrongly accused of a resident of the Aksai Serenko Alex, who spent two years in jail. The only evidence against him were the results of ballistics. The Ministry of Justice expert believed the weapon used to kill  Serenko and Chudakov was a rifle that was also used to kill least three other crime victims in the area. In fact, conclusions of the examination were wrong. According to media reports Chudakov were killed by a members of the Tsapkov gang, yet the patrons themselves were members of that gang. Already well-known throughout the country, having already been identified as the killers Serenko, then came to be called the “Amazon Gang” (Russian: Банда «амазонок).
Sep. 19, 2012 – 2 victims; both dead – In Novocherkassk gunmen killed two private security employees as they answered an alarm signal at a dental clinic. The killers used police service weapons – a submachine gun and two pistols.
Nov. 29, 2012 – 1 victim, dead – In Novocherkassk bandits entered the house of a resident of Novocherkassk Vadim stretcher for robbery. The man began to chase the robbers, but was killed. He was shot from a gun stolen from a private security workers
Mar. 16, 2013 – 1 victim, dead – in Aksai members of the gang killed traffic inspector Nikolai Kutsekon who came out of the apartment to the street when he heard his car alarm sounding. He saw suspicious people near the car, tried to detain them, but was mortally wounded.
Apr. 8, 2013 – 2 victims: 1 injured, 1 dead – in Novocherkassk on the outskirts of the city, next to the grocery store, the bandits shot “car chop” [?] employees, who came to check why the alarm went off. Injured driver Nikolai Korsunov could leave, and his partner, Yuri Statsenko died in hospital. The bandits shot at them with a weapon stolen from employees of private security.
Apr. 24, 2013 – 1 victim, dead – in Aksai district of bandits was killed by traffic inspector Andrew Jurin, who late in the evening decided to overtake a car. When he left the house, the gang participants shot him at point blank range. They tried to break into the house, but the door was closed, the wife and child of the police hid there. The bandits retreated, taking nothing.
Sep. 8, 2013 – 2 victims?, dead – in Aksai bandits broke into the private house, killed the hosts and stole food. After the bandits left the house they were noticed by employees of private security firm named Shakhova and Lagoda who were passing by. The security team hailed the suspicious people near “Gazel” vehicle, and those immediately opened fire on the police. Shakhova was killed and Lagoda was wounded in the arm, but managed to open fire on the bandits, killing and wounding Podkopaev Victoria Tarverdieva. 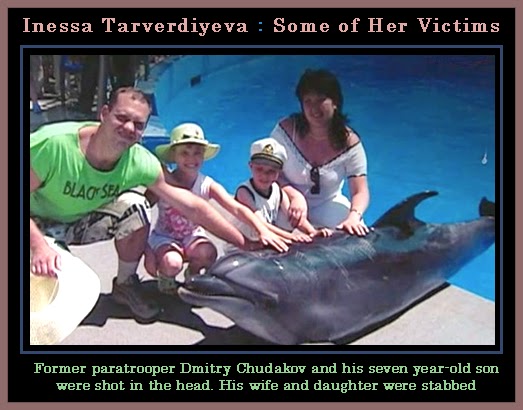 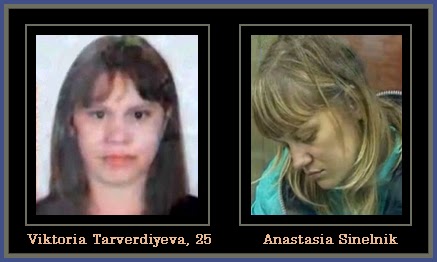 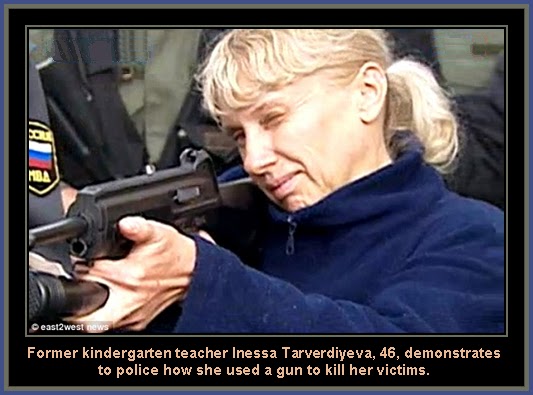 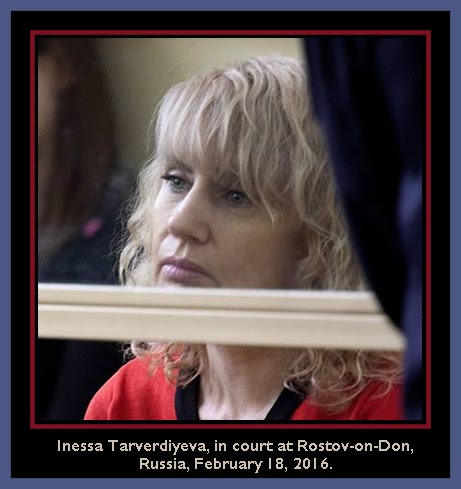 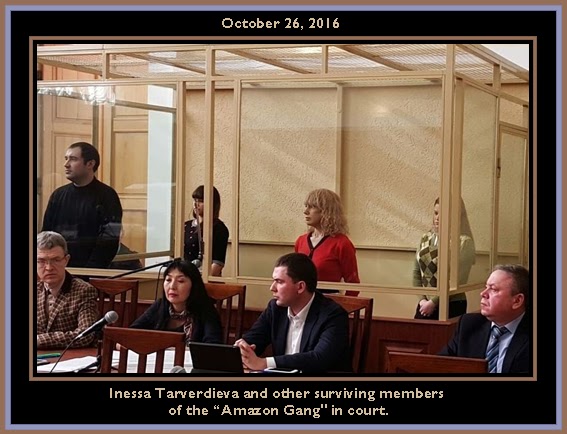 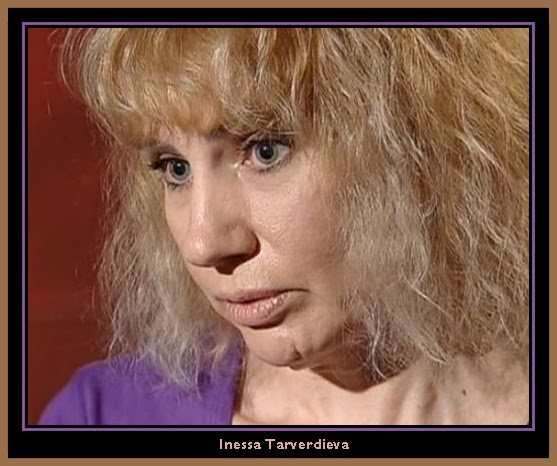 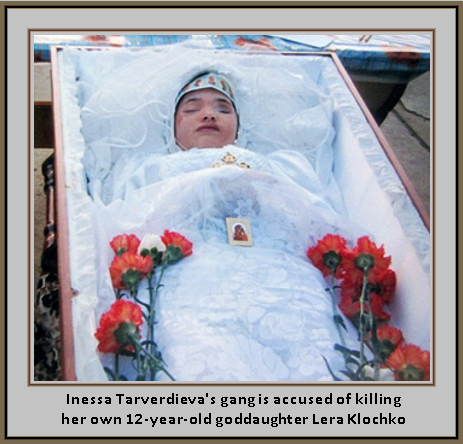 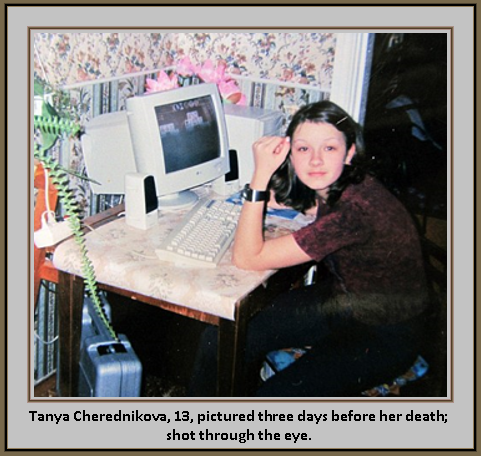 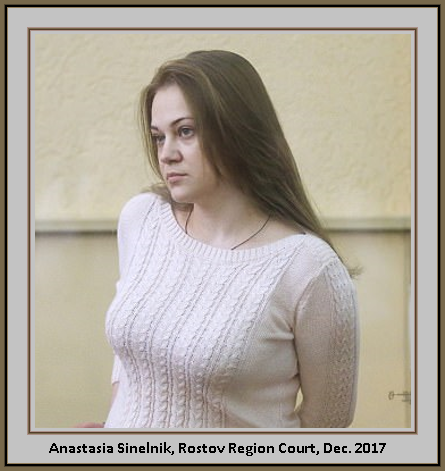 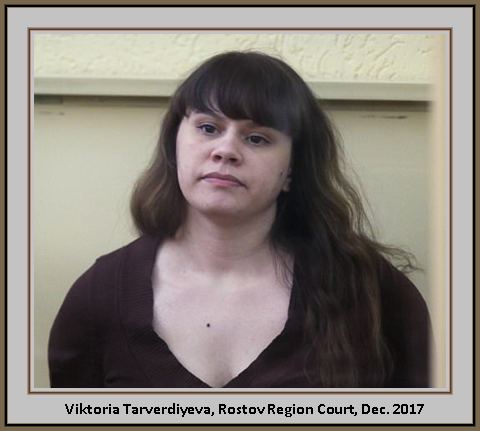 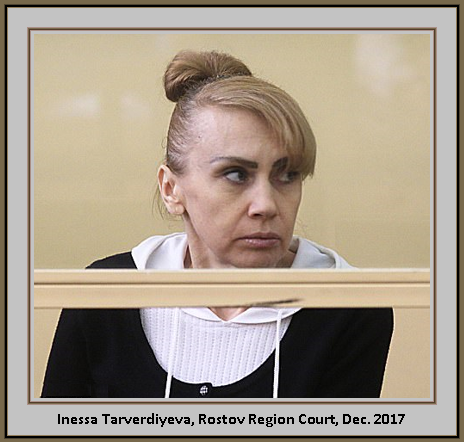