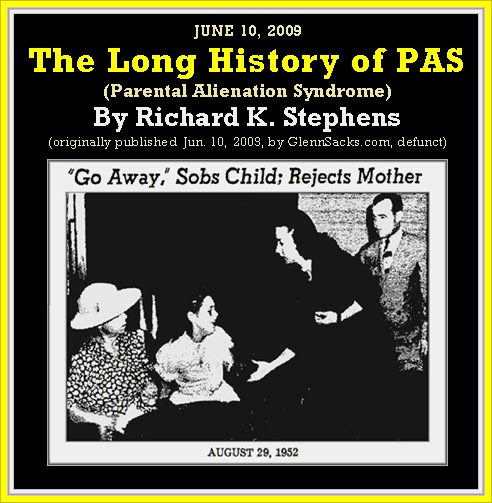 
Parental Alienation Syndrome (PAS) gained its well-known name in 1985. But few people know its history before then. Vocal opponents of the diagnostic term (and its formal description) frequently claim that PAS is nonexistent and that it was “invented” in 1985 by Dr. Richard Gardner. Are the naysayers correct? The historical record reveals that they are not. Abundant evidence exists to demonstrate that the particular form of nastiness which we now call parental alienation has been around – and widely recognized – for a very long time. It just had different names before 1985.

Pre-1985 parental alienation cases reveal a varied terminology: “(an attempt to) alienate the affections of the child from other parent” (Ball case, 1827); “poisoning the minds of the children against her” (Guillot case, 1877); “secreted the children for the purpose of alienating their affections from her” (Hyland case, 1883); “husband and his family have exercised an undue influence over the boy and has inoculated (him) with hat red toward her, so that he is now not desirous of seeing her” (Carter case, 1904).

There are even pre-1985 pictures, snapped by courthouse news photographers and published for the world to see. The top photo above, from 1952, shows 9-year-old Marlene Matchan seated next to her maternal grandmother, hysterically crying and shouting at her alienated mother, “Get away from me!”

Los Angeles Judge William McKay just minutes before had admonished the grandmother (who had been looking after the girl following the mother’s divorce) with these harsh words: “You have brutally poisoned the child’s mind against your own daughter. If you do not desist from further interference I will see that the proper authorities investigate your activities.” Granny’s efforts to convince the judge that Marlene’s mom was a habitual drunk who had in the past never demonstrated any interest in the child simply backfired.

The shocking photographic evidence made this case a national news story. One Wisconsin paper ran the picture on the front page with the headline: “Child Tortured in Custody Case.”

In the end, Judge McKay was proved right. Once Marlene was removed from the influence of her toxic granny, she quickly adjusted and two weeks later told the court she was glad to be back with mom.

A similar scene is depicted in a 1950 photo at right above. Here Starr Anne Schneider, a tormented 10-year-old whose mother had just won custody from an alienating maternal grandmother, resists her mom’s tender efforts to comfort her. 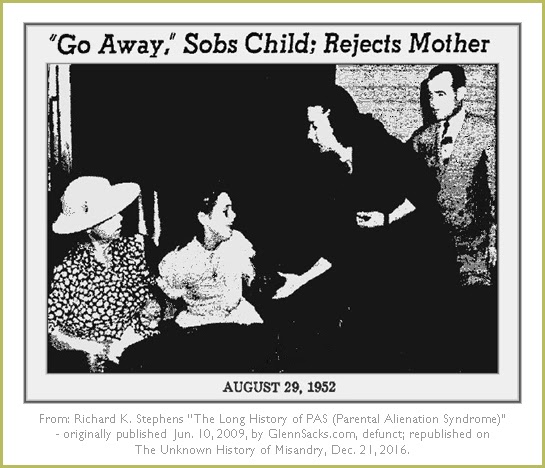 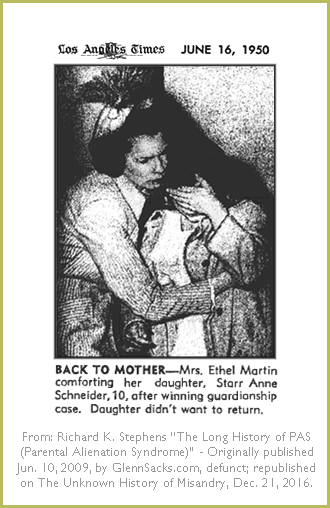 
For a fuller development of this research, see: Demosthenes Lorandos and J. Michael Bone, “History Of Parental Alienation In The Courtroom,” [Mark L. Goldstein Editor, Handbook of Child Custody, Springer, 2016;  From: Part IV, Specialized Issues; Child Custody Evaluations In Cases Where Parental Alienation Is Alleged; Part One — Parent/Child Alienation and the Courts.]
http://www.lorandoslaw.com/Educating-The-Court-On-Parental-Alienation/History-Of-Parental-Alienation-In-The-Courtroom.shtml 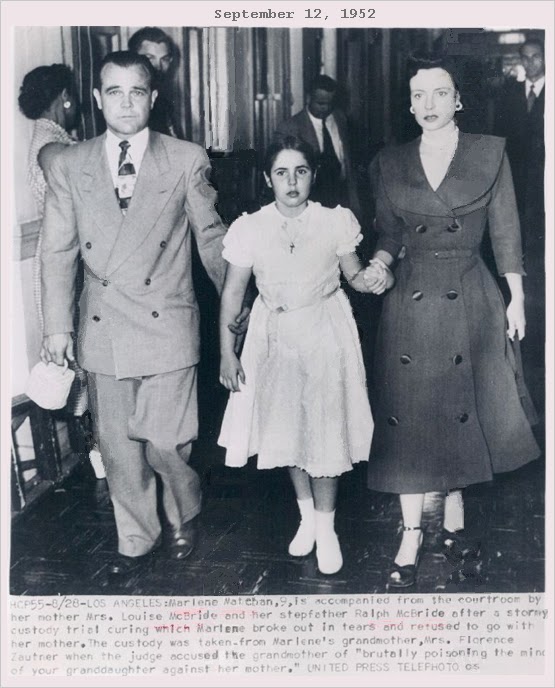 This case is not mentioned in the above article/ 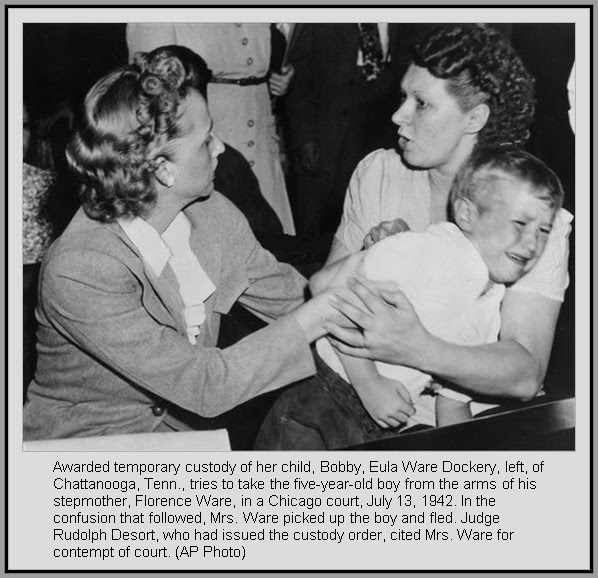