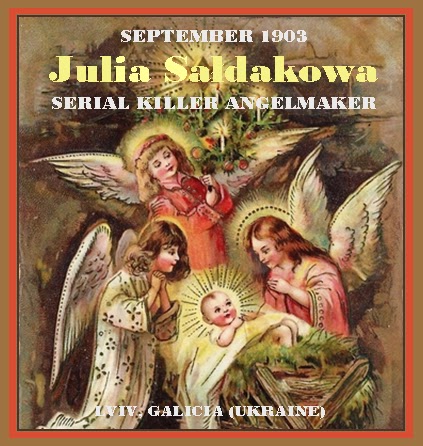 Maryam Blum from Lviv, reported that her neighbors regularly exposed naked infants in the dead of winter as a reliable “angelmaking” method for causing sudden death.

One of the more striking examples was that of  Julia Sałdakowa, a resident of Lviv, reported in September 1903. She was a woman professionally engaged in childcare, whose charges died within two weeks following arrival. In a period of three months three children had died in Sałdakowa’s care and it was a fourth death that attracted the attention of the law. Sałdakowa had starved these children and dosed them with a diluted decoction make from poppy bulbs.