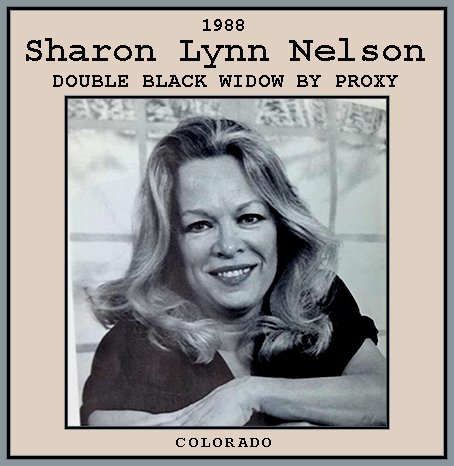 FULL TEXT: Brighton, Colo. (AP) A Trinidad-area woman and her boyfriend have been arrested for investigation into the shooting death of her estranged husband over the weekend as well as the death of her first husband in 1983, authorities said Tuesday.

The case began to unfold when the burned body of Glen Harrelson, 45, a Denver fire dispatcher, was found by firemen early Saturday in the crawl space of his burned home in Thornton, a Denver suburb. An autopsy showed he had been shot twice in the face and the body then burned.

Police said the woman told them she conspired to have Harrelson killed as well as her first husband, Perry E. Nelson, a Trinidad optometrist who was killed in 1983.

Mrs. Harrelson was arrested on Sunday for investigation of conspiracy to commit murder, while Gary Starr Adams, 45, was arrested for investigation of first-degree murder. The woman was held without bond at the Pueblo County Jail, while Adams was held without bond at Las Animas County Jail in Trinidad, said Adams County District Attorney Jim Smith.

Police reports said the woman told detectives she paid Adams $50,000 to kill her first husband but that Adams killed Harrelson "just for love."

Nelson's body was discovered in Clear Creek Canyon in Jefferson County after he had been missing for nearly 18 months. Nelson's death was then ruled an accidental drowning.

Police affidavits said the woman named Adams as the killer in both homicides. The affidavit also said the woman told detectives Adams had been her lover for the past 6 years during the time of both her marriages.

The affidavit also said the woman said she was confessing because she was "tired of living a lie."

DENVER (AP) – A woman who confessed to killing two of her three husbands and collecting hundreds of thousands of dollars in life insurance refused to testify in a lawsuit filed by children of one of the victims.

Sharon Lynn Nelson, 46, is appealing her two life sentences for the murders and said Wednesday she will withdraw the guilty pleas she entered.

Because both convictions are being appealed, District Judge Ben Hoffman said Nelson had a right not to testify Wednesday in the civil suit brought by the five children of Dr. Perry Nelson against Western States Life Insurance Co. and North American Life and Casualty. The insurance companies had asked that Sharon Nelson testify.

Perry Nelson, a 50-year-old optometrist, was Nelson’s second husband until his disappearance in 1983. His body was found a year later near Golden, and his death was ruled an accident by police and the insurance companies.

His children, who are suing the insurance companies for $400,000 paid to Sharon Nelson, claim insurance investigators uncovered evidence their father’s wife was behind his death but failed to share the information with police. 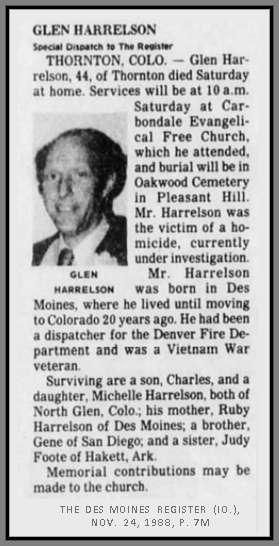 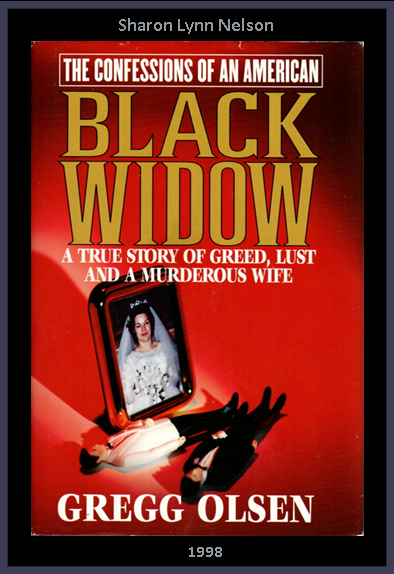 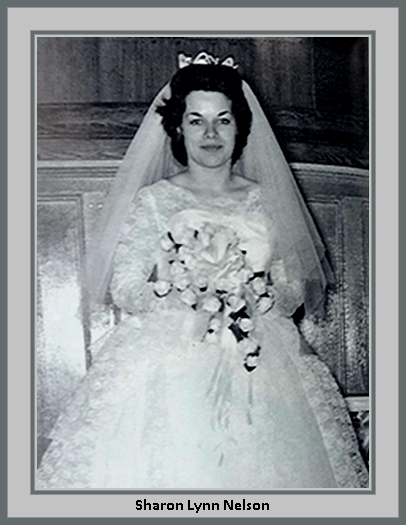 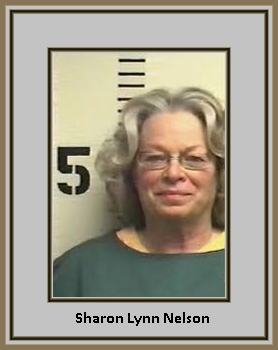