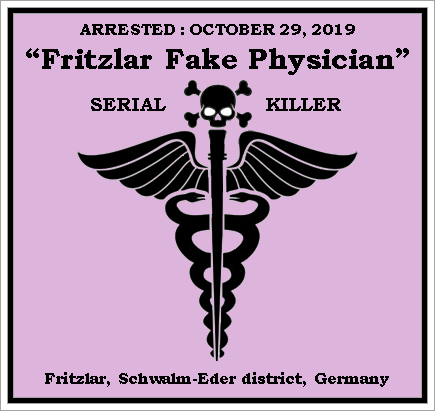 EXCERPT: A 48-year-old woman, accused of causing four deaths after faking her medical qualifications, has been arrested in Germany. The woman also allegedly caused eight long-term injuries while working as an assistant doctor at a hospital in Fritzlar in Schwalm-Eder district in the center of the country, according to a statement from state prosecutors published Oct. 31. Prosecutors confirmed the suspect is accused of manslaughter, grievous bodily harm, fraud, document forgery, misuse of a title, and practicing medicine without permission.

She allegedly used fake documents to get a job at the hospital where she worked from November 2015 to August 2018, then continued to practice there despite repeated errors, including the administration of incorrect medication. Police executed a search warrant in January 2019 related to employment fraud and later expanded their investigation.

The woman was arrested on Oct. 29 and remains in detention as she presents a flight risk, according to prosecutors. Investigations are ongoing to determine whether the woman was involved in further cases of malpractice. Police will also investigate whether two doctors working in the hospital at the time were in breach of duty.