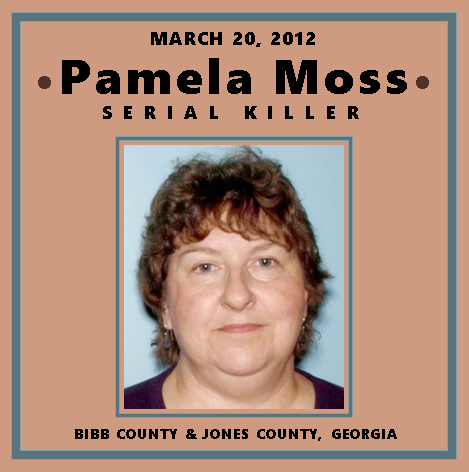 FULL TEXT:  On a summer day a decade and a half ago [in 1996], in the hours before Macon police launched a manhunt for her, then-murder-suspect Pamela Carrie Frye slipped out of town.

She turned up that night in a metro Atlanta hospital. She’d cut her wrists, but only superficially, and swallowed an overdose of pills.

A year later, in the fall of 1997, Frye was convicted of involuntary manslaughter and sent to Pulaski State Prison for the poisoning death of her 64-year-old mother. Her mother’s remains, exhumed from Riverside Cemetery after she died in February 1996, showed signs that she had succumbed to an overdose of antidepressants.

In 2005, Frye got out of prison. Over the next six-plus years, she married a man 17 years her senior, took her husband’s last name and, according to Internet postings, oversaw a pair of nonprofits. Her husband died last October [2011].

Now 54, she was still living at the house they rented in River North, a gated, golf-course community near the Ocmulgee River in southern Jones County.

He was last seen at a McDonald’s in north Bibb County. Authorities say the man, Doug Coker, had financial dealings with Pamela Moss, as Frye is now known.

Late Sunday night, shortly before midnight, a pair of Bibb sheriff’s investigators went to Moss’ house on Old Ridge Road to talk to her about Coker’s disappearance. Authorities say she’d been dodging them for days.

So the Bibb deputies, thinking they’d find her at home at that hour, paid a surprise visit.

But what they found surprised them.

They smelled what seemed to be a dead body when they stepped out of their car. They soon found what authorities now believe to be Coker’s body. It was stashed beneath some sort of cover, under her back porch.

“It was obvious,” Jones sheriff’s Capt. Earl Humphries later said, that Coker had been killed.
Moss was nowhere to be found.

Humphries said investigators searched her house and noticed signs inside that Coker had been slain.
“There had been attempts to cover up the crime scene,” Humphries said, adding there was “fresh paint” in spots.

During the day Monday, Moss’ Macon attorney, Franklin J. Hogue, who also represented her in 1997, learned there was a warrant for her arrest in connection with Coker’s slaying.

Hogue spoke to Moss by phone and told her to turn herself in. But she didn’t.

As Monday wore on, Hogue said, “I couldn’t get ahold of her.”

Monday, investigators got word from deputies in Jesup, in southeast Georgia, that Moss was in the hospital.

had tried to kill herself, Hogue said, apparently in a coma caused by overdosing on “some sort of pill.”

Moss has a sister in Jesup, investigators said. Authorities in Jones County had asked police there to be on the lookout for Moss.

Tuesday evening, she was still in a Jesup hospital being guarded by deputies posted there, Humphries said. “Her condition is improving.”

Humphries, asked if anything stood out about the case so far, said it was that Moss “never covered her tracks up that well” when she allegedly left her house with a dead body in plain view under the back porch.

Moss’ husband, Urban Eugene Moss, died of an apparent heart attack while he was showering last October, officials said. The 71-year-old, who worked in construction management, was cremated.
Humphries stopped short of calling Pamela Moss a suspect in her husband’s death, but he did say “her recent behavior has us concerned, and we’re looking at all of her behavior since early on. ... We’re going to be looking into everything she’s done.”

“This case is saturated with evidence that she knew exactly what she was doing, just like that living room was saturated with Mr. Coker’s blood,” Jones County District Attorney Fred Bright said.

“Pam Moss had a goal. She flim-flammed this man out of money, she didn’t want to pay him back, she lured him to her home to kill him,” he said. “Everything she did was to hide her misdeed after she did it.” 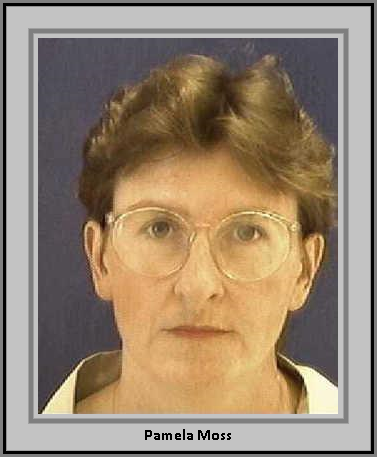