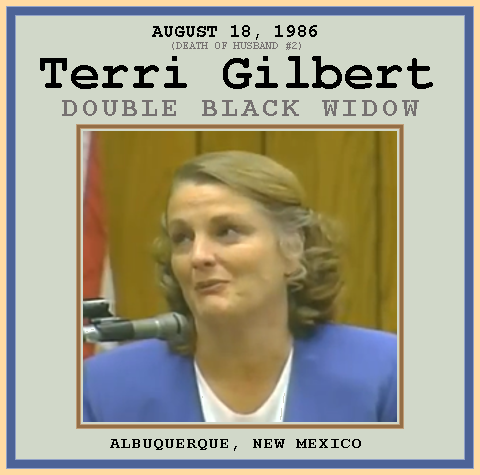 FULL TEXT: Terri Gilbert gasped and cried out in relief as a state District Court jury Friday found her not guilty of murdering her estranged husband, County Commissioner Eugene Gilbert.

But Lauren Gilbert Eugene Gilbert's 24-year-old daughter and a key prosecution witness against her stepmother cried out and collapsed in grief as state District Judge Frank Allen Jr. read the verdicts shortly after 2:30 p.m.

Terri Gilbert also was cleared of charges she had tampered with evidence.

The jury foreman said jurors "went through all of the evidence exhaustively. There just weren't enough solid pieces to come together" for the prosecution to prove its case and disprove the defense's self-defense case beyond a reasonable doubt.

Earlier Friday, after getting word the jury had reached a verdict after a little more than 212 days of deliberation, the 51-year-old defendant entered the packed courtroom accompanied by her attorneys Charles Daniels and Randi McGinn wearing sunglasses and a tense, strained expression on her face.

She appeared on the verge of tears as jurors filed in and the bailiff handed their verdicts to the judge.

But her tears became tears of joy as the verdicts were read.

"I'm terribly relieved, and I'm terribly thankful to the jury for listening," she told reporters afterward while being comforted by friends and her daughter, Shawn.

Later, as she left the courtroom, she told a large crowd of reporters in the hallway, "I believe in the system."

And, she said, "I can't say enough for my two attorneys." They also said they were "relieved" by the verdicts.

"I have believed in Terri from the very beginning," said Daniels, who said he met his client for the first time in jail shortly after 4 a.m. on Aug. 19, while she was still barefoot and without her eyeglasses or contacts.

"The facts have not changed since that time," Daniels said.

"I think the police made up their minds pretty quickly" that Terri Gilbert was guilty of murder, he said.

An angry Randall Harris, the Curry Roosevelt County district attorney who was one of two special prosecutors in the case, told reporters after the verdict, "This woman's gotten away with murder twice."

He was referring to the death of Terri Gilbert's second husband, Stephen Hotchkiss, in Corrales on Nov. 18, 1974.

Terri Gilbert, then known as Terri Hotchkiss, shot Stephen Hotchkiss to death, claiming self-defense after he attacked her with a lead-filled homemade blackjack. She had to be hospitalized with severe injuries.

The shooting was investigated, but she was never prosecuted. A Sandoval County grand jury declined to return an indictment.

The jury of seven men and five women who sat through 10 days of testimony on the death of her third husband, Eugene Gilbert, never heard about the earlier shooting, which was excluded as being too prejudicial.

On Aug. 18, 1996, police responded to a frantic 911 call from Terri Gilbert saying she'd just shot a man at her University of New Mexico-area home.

She told police four hours after the shooting that she'd fired at a man who surreptitiously and silently entered her house and followed her into her darkened basement. She said she warned the man she had a gun, but he kept on coming. So she fired three times with the 9 mm handgun her husband had brought into the house some months earlier and killed him not knowing it was her husband, she told police.

By the time she talked to police that night, they already knew about the earlier shooting. They testified at the trial about "problems" and "concerns" they had almost immediately with her version of events.

Harris said jurors "would have come to a different conclusion if they'd heard about the first shooting" and other evidence kept out of the trial.

He was named special prosecutor after it was learned that a local prosecutor was Eugene Gilbert's longtime girlfriend.

Harris said Eugene Gilbert's surviving family members might have a better chance of winning their wrongful death lawsuit against Terri Gilbert because of the more relaxed standards of proof in civil court.

"Maybe it works like the O.J. Simpson (civil) case ... maybe they can get all the information in," Harris said.

The jurors who agreed to an unusual post-verdict interview with newspaper reporters as long as they weren't identified by name said that even if evidence of the earlier shooting had come in, they would have treated it as a completely separate case.

"Obviously there was a whole lot more about both of their lives that, for some reason, didn't come in," said the jury foreman.

The prosecution's case was built on circumstantial evidence, he said.

"It was a very difficult case for them to prosecute, and I suspect this one was particularly tough," the foreman said.

People who have never served on a jury, he said, "have no idea how confined we are to the evidence that's presented."

Meanwhile, a more composed but still tearful Lauren Gilbert, with her mother at her side, told reporters on the courthouse steps, "I just want everyone to remember my dad for who he was before this happened."

"It's such a tragedy he didn't die there (Vietnam)," she said, weeping. "He had to come home and die in his own house." 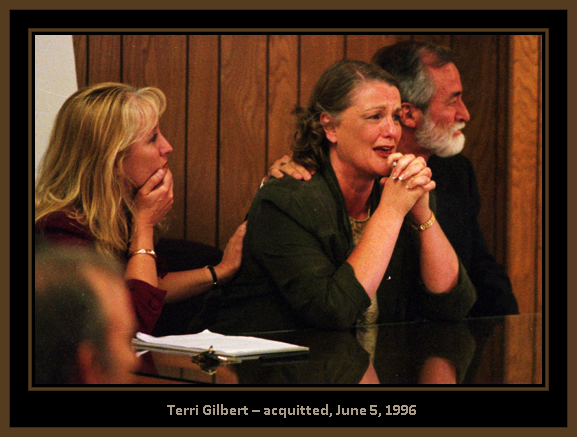 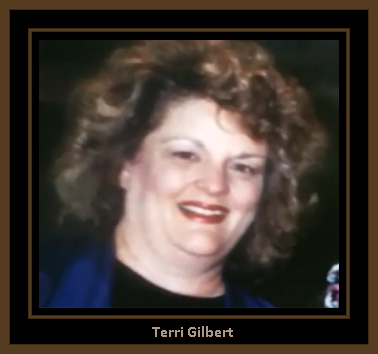 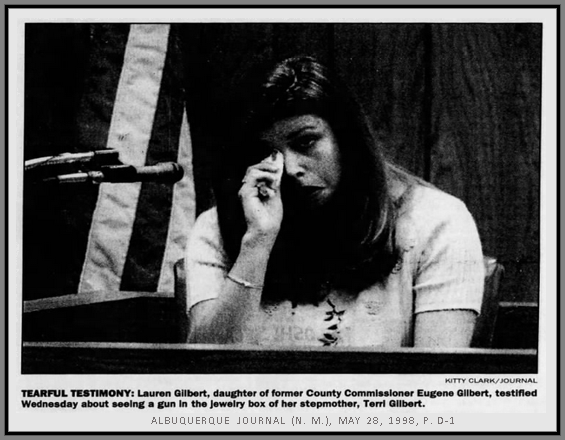 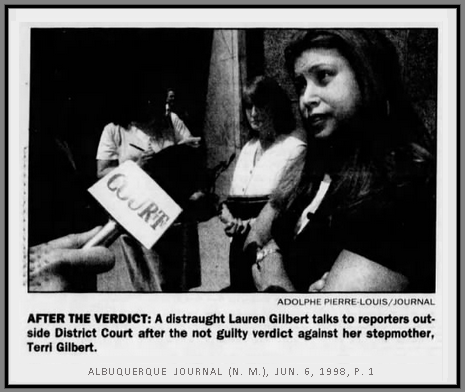