Johanna Teel Chopped Up Her Victim’s Body “To Conceal It From Daughter, Due Home From School” - 1924 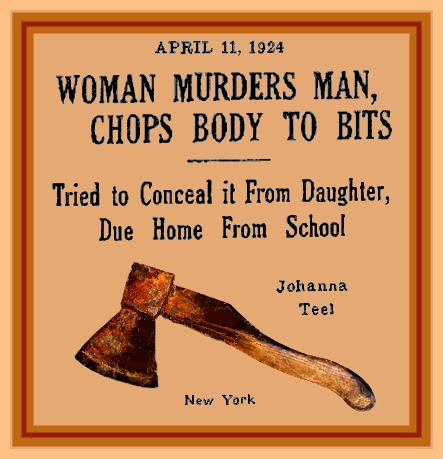 FULL TEXT: New York, April 10. – Another love nest feathered without the blessings of a clergyman, was wrecked when Johanna Teel, 32, shot to death Charles Blair, with whom she hail been living for two years. Johanna then used a small hatchet belonging to Blair to chop his body into bits, after which she concealed it from her 14-year-old daughter, Lillian, who was due home from school soon after the tragedy, according to Johanna’s alleged confession to the police.

The murder was committed in Killingworth county.