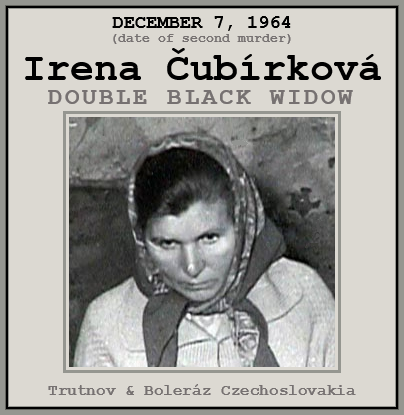 FULL TEXT: Prague, Czechoslovakia. – A Czechoslovak woman who allegedly severed her lover’s head with a hatchet and burned his body in a small stove after a quarrel will go on trial in Bratislava next April, the Ceteka News agency reported today.

The agency said the woman, Irena Cubirkova, 41, was arrested after the head of the lover, Ambroz Scepka, 38, was found in the toilet of a train earlier this month.

Wikpedia (auto-translated from Czech, edited): Irena Čubírková, nee Srncová (March 15, 1923, Vrádište - September 28, 1966, Prague) was the third woman executed in Czechoslovakia for criminal acts after 1918. On October 10, 1951, with the help of her lover and his wife, she murdered her husband, Ján Čubírek, and staged the murder to appear to be an accident.

In 1951 the Čubírek family lived in Trutnov in eastern Bohemia. Irena Čubírková cheated on her husband. However, Ján Čubírek found out her infidelity and gained evidence of it. Irena therefore conceived the intention to get rid of him. She told her lover Vaclav Bernart to her plan. She also managed to get her lover's wife, who said that Čubírek had invented her infidelity and that she had never had anything to do with her husband.

The first attempted murder failed. Čubírková tried to poison her husband with the drug Fluocit, but it did not affect Čubírek (it was a cure for women's problems). So, another plan was devised. Čubírková was supposed to lure her husband out for a walk in the woods, where Bernart was to wait, and Čubírka would stun and then hang him. But Čubírek refused the walk and unwittingly saved his life. But the third attempt succeeded.

On October 10, 1951, Čubírek was on sick leave and spent his time painting furniture. In order to dry the paint, he wanted to move a stove to use for curing the paint.  While moving the stove it fell and crushed him, resulting in his death, or so it seemed.

It was only through the investigation of the sensational Ščepka murder of 1964, 13 years later, that the 1951 Čubírek murder was discovered.

An exhumation of the remains of Ján Čubírek was carried out and the experts proved that his death was caused by repeated blows by a blunt object to the head, which had to be done by another person. It was also ruled out that these deadly and repeated blows could have been caused by the stove. The result of the complicated investigation was the accusation of Irena Čubírková of another murder.

Čubírková lived in Trutnov until 1959, when she moved with her kind Ambroz Ščepka to the village of Boleráz in the Trnava district of Slovakia. Here they lived in an estate, Ščepka managed cattle, Čubírková grazed them. Coming to Slovakia meant for Čubírková a certain social descent. In Trutnov she lived basically the life of a lady, in Boleraz she lived in a farmhouse with a shepherd, who had rough ways and was a drunk. The drunk reportedly threatened her to kill her several times and drove her head into the toilet.

On December 7, 1964, Ščepka celebrated his holiday and was getting drunk from the morning. That evening he fell from his chair while drunk and fell asleep on the floor. Čubírková decided to get rid of her problem partner for good. She struck him twice with an ax, and then with the ax, a knife and a meat cleaver, detached his head from the rest of the body.

She pushed her body into a bread oven and lit it. The fire was maintained for a total of 35 hours. All that remained of Ščepek's body was ashes and a few burnt remains of bones. Ashes Čubírková sprinkled the ashes in front of the house. She borrowed a shopping bag from her neighbors to put the head in it wrapped in overalls. Then she went to MNV* to report the disappearance of Ambroz Ščepka. [* Místní národní výbor, abbreviated MNV, literally "local national committee") were the representatives of the central committee administered municipalities in Czechoslovakia in the years 1945 through 1990.]

Then she went to the train station, boarded a train, and tossed Schepek's head in the restroom. Then she went by train to Trnava where she also reported his disappearance. The head was quickly discovered in the toilet. Čubírková was among those interrogated.

Čubírková aroused suspicion during the interrogation. Investigators searched her home and found a small bone on the sofa, which the experts proved to be of no animal origin, thus arousing suspicion. They also noticed the unusually hot bread oven, although they were assured that the Cubireks did not make homemade bread. Under examination Čubírková confessed.

When police became aware of the 1951 “accidental” death of her husband, they decided to exhume his remains. Inspection showed that the injuries Čubírek suffered could under no circumstances cause falling stove. Čubírková soon confessed to the murder of her husband.

Čubírková was sentenced to death, the request for pardon was rejected and on 28 September 1966 was hanged in Prague at Pankrác. Vaclav Bernart was sentenced to 15 years in prison, his wife was not tried because she was subject to an amnesty agreement. 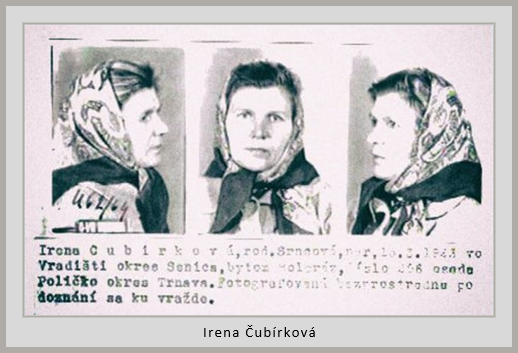 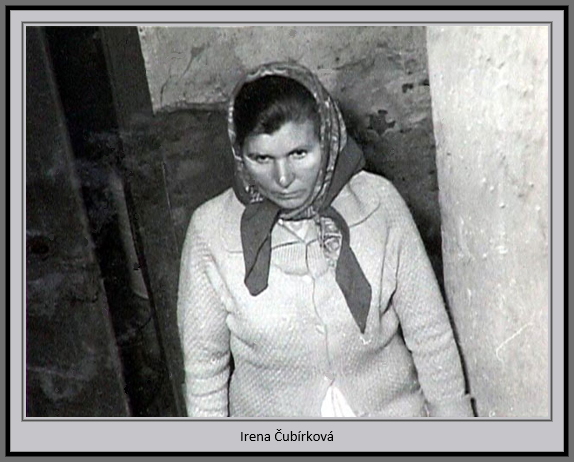 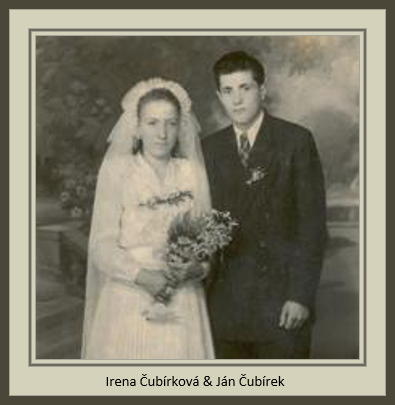 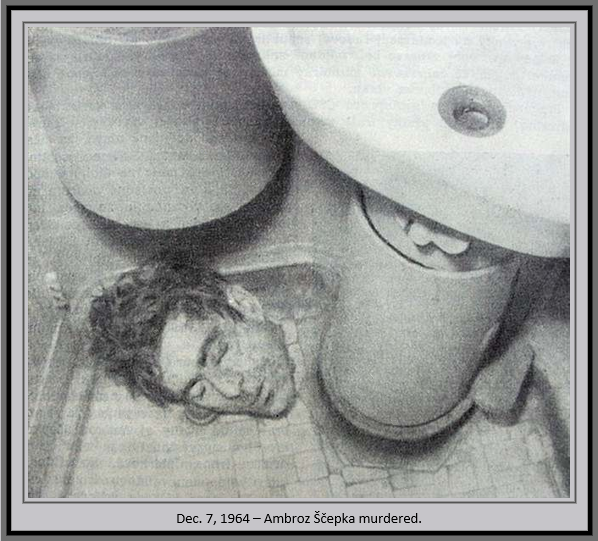 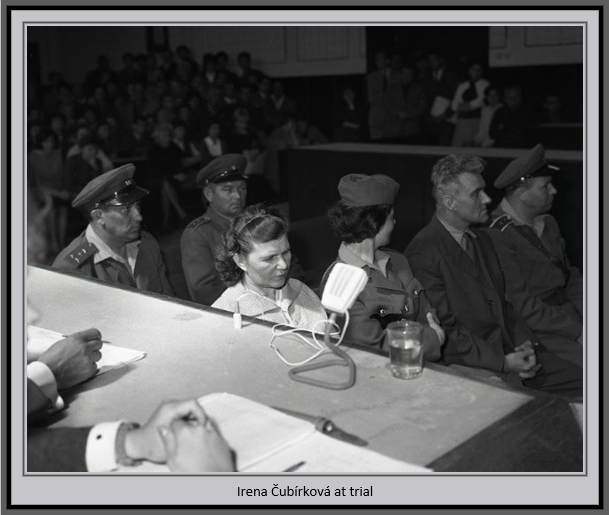