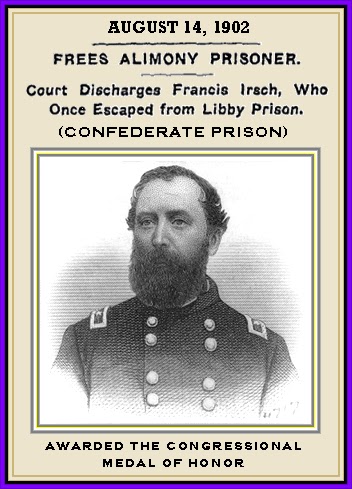 Note: Captain Frank Irsch was born at Saarburg, Germany, December 4th. 1840, and died at Tampa, Florida, August 19, 1906, at the age of 63 years. He came to this country while still a small boy. The Libby Prison escape, mentioned below,  was one of the most famous prison breaks of the US Civil War. Irsch received the Congressional Medal of Honor.

FULL TEXT: Justice Steckler, in the Supreme Court yesterday, on the application for the release to-day of Francis Irsch, a veteran of the civil war, and one of those who escaped from Libby Prison by cutting an underground tunnel to freedom. Irsch has been Ludlow Street Jail since July 14 last for disobedience of an order of the court made several years ago, directing him to pay his wife $8 a week alimony pending the determination of a suit brought  for a separation. The suit has never been tried, and the amount of arrears of alimony due Mrs. Irsch aggregated $3,779.59. Irsch had a countersuit for an absolute divorce against his wife, but it was dropped.

Dr. John Shrady testified that the prisoner was suffering from various diseased which would terminate fatally within a short time unless he received is freedom.

Here is a link to a long, illustrated article on the career of Francis Irsch: 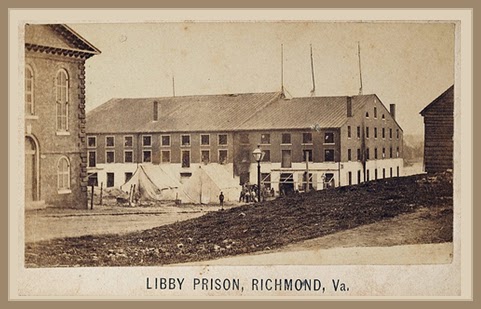