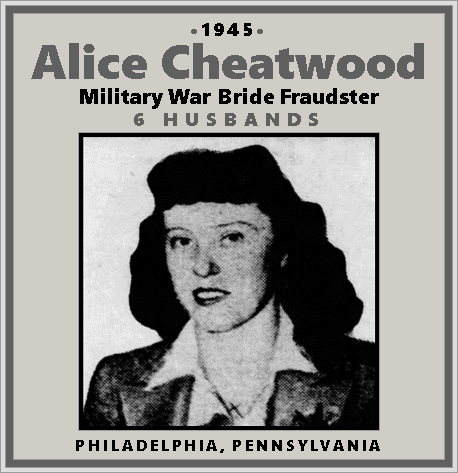 FULL TEXT: Philadelphia. Morris Segal, 34, a discharged Army veteran whose blonde wife Alice hailed him into court on a bigamy charge, turned the tables on her so fast that the furniture is still spinning.

Segal told the court that Alice has six undivorced husbands, which includes him and a sailor whom she married two months ago. Furthermore, said the comparatively righteous ex-soldier (he’s accused of committing bigamy only one). Alice has been collecting government allotment checks from three service men.

Alice, who calls herself Mrs. Alice Cheatwood, had accused Morris, who is back at his job of meat cutting, of having a wife, Sarah, and two children.

He said she has a 19-year-old daughter and a 15-year-old son by her first two marriages.

By the time Segal got these facts and figures off his chest, he was really warming to the fray. He told the court how his wife had courted him”

“She suggested we get married, but I told her I was already married.”

“That’s all right,” Alice, who works at waitressing between marriages, answered. “All we need to get your allotment and insurance is a marriage license.”

They were married, but upon his discharge from the Army, Alice told Segal she no longer loved him. Two months ago, Segal testified, she told him she had married a sailor.

Mrs. Cheatwood was held in $1,000 bail for the grand jury. She is charged with bigamy and perjury. Segal is under $1,500 bail on charges of bigamy and assault and battery. 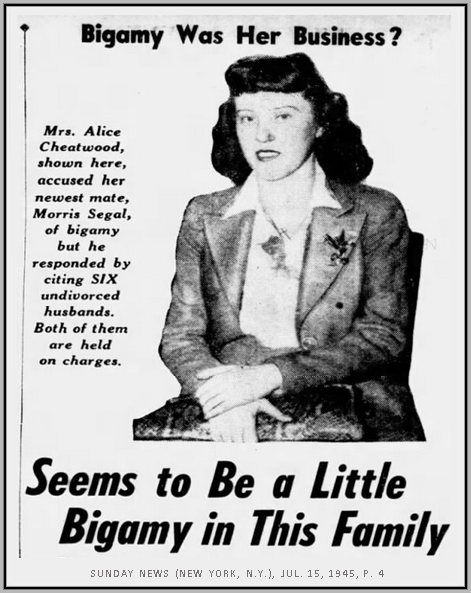 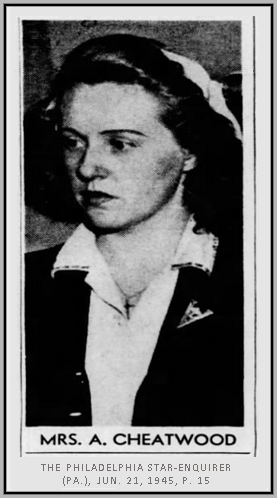