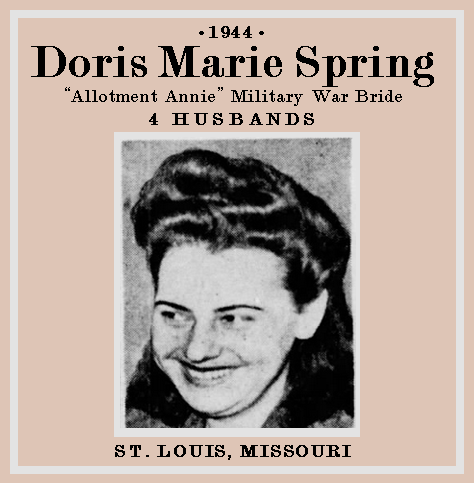 She told police that her fourth husband, Eugene H. Hamilton, 44, whom she married here on Jan. 22, had threatened bodily harm. She asked police protection. Hamilton said he didn't know anything about the threats.

Police held Miss Spring for investigation by Treasury officials because her third husband was a soldier who requested an allotment for her. She denied cashing any of the allotment checks.

Miss Spring told police she married Donald Cook, 29, at Claremore, Okla., in June, 1941, but grew tired of him after three weeks of married life at Arkadelphia, Ark.

She met Ernest G. Bonner 48, at Central, N. M., in December, 1941, and they visited the preacher. The marriage lasted three months.

Then in February, 1942, she married S/Sgt. Robert Kaminsky, 35, in Philadelphia. He was at that times assigned to the New York harbor. She said she didn’t know where Kaminsky was at present.

She signed extradition waivers to return to either Central, N. M., or Philadelphia to face possible bigamy charges. 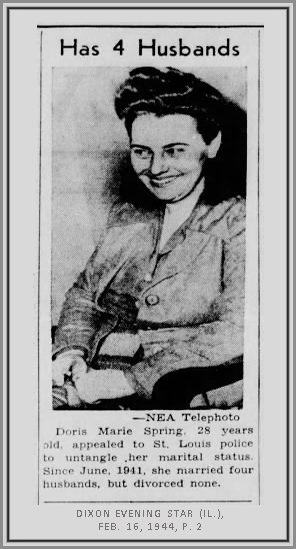 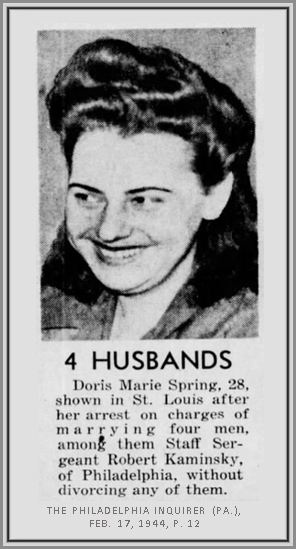