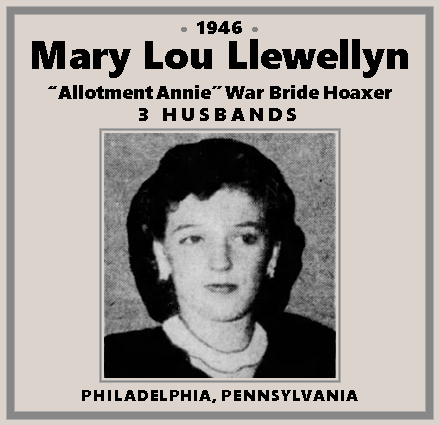 FULL TEXT: A 21-year-old girl arrested in Philadelphia for receiving servicemen’s allotment checks from two soldiers at the same time, is a former resident of this city, The Tribune has learned.

She is Mary Lou Llewelyn, a bank cashier who resides on 34th St. Her lawyer said she originally was from Scranton, The Associated Press reported.

Mary Lou was taken into custody by FBI agents. They testified that she married a South Dakota soldier Feb. 4, 1944, and received an allotment from him until he was discharged in September, 1945.

On October, 1944, according to the FBI, she married a San Pedro, Calif., servicemen without obtaining a divorce from her first husband. She drew allotments from her second husband until he was discharged in November, 1945. She gave birth to a daughter in February, 1945, according, to testimony.

Mary Lou’s attorney, Maurice Marmon, explained to Magistrate John Morlock that the girl is a “victim of circumstances.”

He said Mary Lou received divorce papers in a suit instituted by her first husband before she married the second. Mary Lou thought the papers were final and that her first marriage was dissolved, the attorney claimed.

The second husband didn’t return to Mary Lou after he was discharged and the layer believes he also has filed suit for divorce.

Mary Lou was directed to refund $1,080 to the Government and was released under $300 bail for Court. She earns $35 weekly and when asked how she would make restitution, replied she did not know “but I guess I’ll find a way.”

The Tribune, though telephone calls to Philadelphia Saturday, endeavored to identify the girl further, but was unsuccessful. 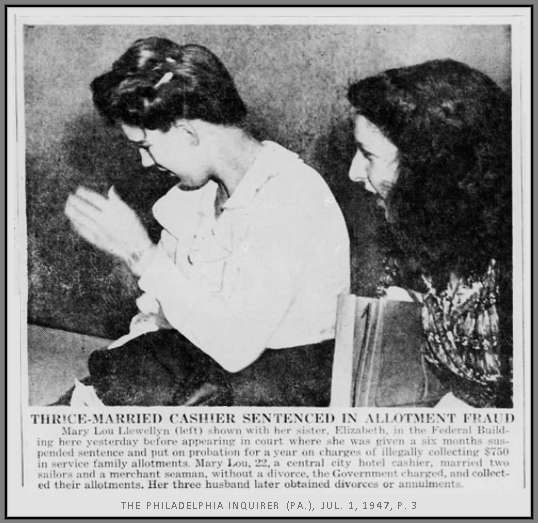 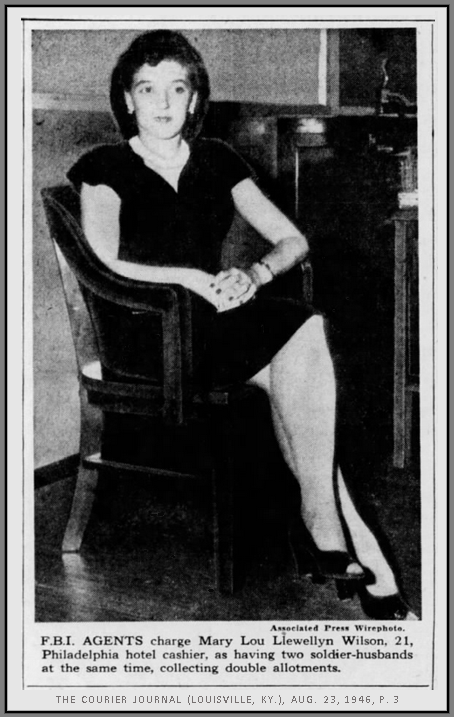 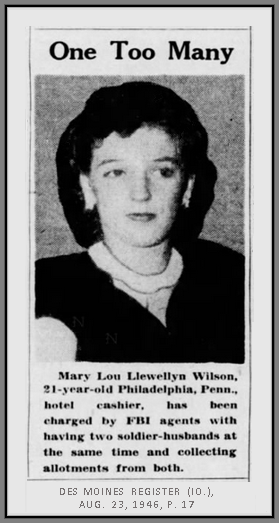