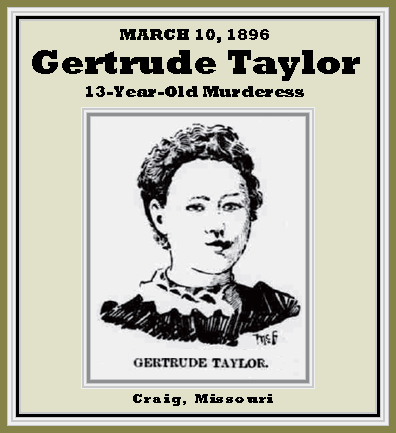 Note: This is a very well-documented case. There are numerous long articles giving minute details of the trial.

St. Joseph, Mo., Mar. 20. – Gertrude Taylor, a 13-year-old girl of Craig Mo., yesterday confessed to the poisoning of her parents and brothers and sisters on the 10th instant. She had a bitter hatred against the wife of her brother, Robert Taylor, who was living with the family, and sought revenge. Robert Taylor has died but the four members of the family are recovering from the effects of the poison. The Taylor family is one of the most prominent in Craig and the grand-parents of the girl are very wealthy and say they will do all in their power to save her from the penitentiary.

FULL TEXT: Oregon, Mo., May 16. The trial of Gertrude Taylor, charged with the murder of her father, Dillon R. Taylor, was concluded yesterday evening. After being out two hours the jury returned a verdict of not guilty. Gertrude Taylor is only 14 years old. Some weeks ago, in a fit of anger, she put Rough on Rats in the coffee. Her father died and her brother and sister-in-law were made invalids for life, while others of the family were made temporarily ill The girl, after several days, confessed. Her uncle, who is wealthy, stood by her, going her bail and furnishing the money for her defense. 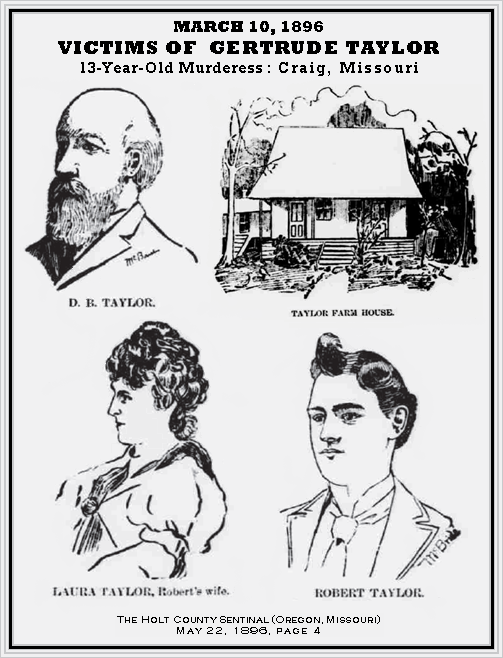 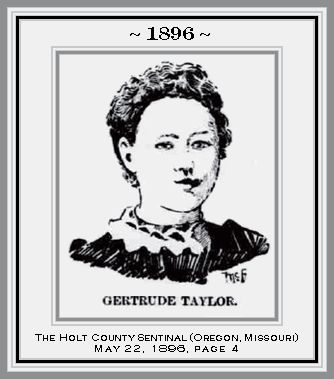