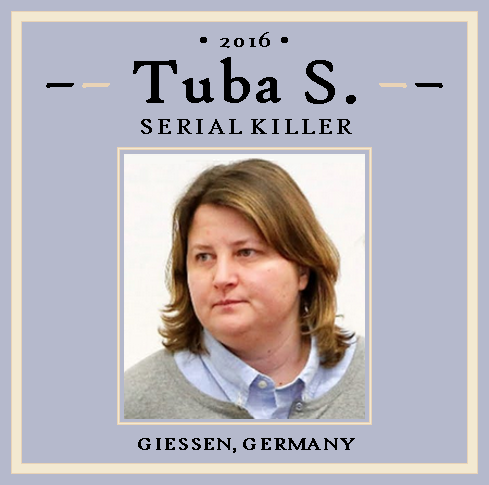 GERMAN WIKIPEDIA: Tuba S. (Born 1981 in Aachen) lived in casting and is a German serial killer who for triple murder to life imprisonment with subsequent preventive detention was condemned.
Her father is a car mechanic, her brother is a wholesale trader. After graduating from a university of applied sciences, she studied medical technology, exmatriculated after eight years without a degree and began training as a nurse. She was fired for alleged theft. The criminal career continued with counterfeiting recipes. As a cashier, she was fired from a Cologne supermarket for fraud.
Tuba S. was arrested on May 25, 2016 on suspicion of killing her former neighbor Erich Noll, known by his stage name "Riconelly", in Gießen on April 2, 2016. While the investigation was still ongoing, Tuba S. murdered two other people in Düsseldorf.
After the murder in Giessen, the investigators focused on her because she knew the victim and had already been convicted of theft to the detriment of Erich Noll. Tuba S. got caught up in contradictions in her statements, whereupon the murder investigators searched her apartment in Aachen. There they also found various EC bank cards that clearly could not be assigned to Tuba S. During the further investigations it was found that the owners of the bank cards, Jole G. and Silvia F., mother and daughter, had not been alive since May 7, 2016. The death of the two women was initially from the criminal police in Düsseldorf for an extended suicide been held. Further clues were the objects seized in S.'s apartment, which were unequivocally assigned to the victims, as well as DNA traces from Tuba S. at both crime scenes.
In the program Aktenzeichen XY unsolved on December 14, 2016, several photo cameras were shown that had been found in Tuba S.'s apartment. The police have not yet been able to determine whether these were just stolen by Tuba S. or obtained in connection with other homicides and are therefore looking for the rightful owner.
~ Motives for the crimes ~
Tuba S. killed mainly out of greed. Her financial situation was very tight and she regularly had to borrow money from friends. She submitted numerous loan applications and forged her bank statements. She also committed theft repeatedly.
~ Trial and sentencing ~
During the trial, she was classified as a psychopath by an expert reviewer. The short period of time in which Tuba S. developed from a thief to a murderer, the lack of empathy and emotion as well as the manipulative behavior during the investigation made him come to this conclusion.
Also because of this report Tuba S. was in January 2018 to life imprisonment, which for because of the "special weight of the debt" not after 15 years of probation, sentenced exposed with subsequent preventive detention. The judgment was confirmed by the Federal Court of Justice and is final. Tuba S. will be one of the few women in Germany who is not released early on parole.
***
TV documentary
Crime Time: Auf den Spuren einer Serienmörderin (“Crime Time: “In the footsteps of a serial killer”); 2020; Director: Markus Cebulla, Production: Timeline Film + TV. Hessischer Rundfunk
***
CHRONOLOGY
1981 – Born in Aachen.
2001 – Tuba S. tells her mother at the age of 20 that she was a lesbian, the relationship between the two deteriorated permanently.
April 2, 2016 – Erich Noll (79), alias “Riconelly,” magician, murdered.
May 7, 2016 – Jole S. (86), a wealthy lady from Düsseldorf-Bilk and her daughter Silvia F. (58) become victims by chance. The perpetrator was staying with a friend in Düsseldorf on Saturday,
May 25, 2016 – arrested.
Jan. 17, 2017 – trial begins, the charged with three murder.
Jan. 30, 2018 – sentenced to life in prison.
Jan. 29, 2019 – caught stealing toiletries from prison store.
*** 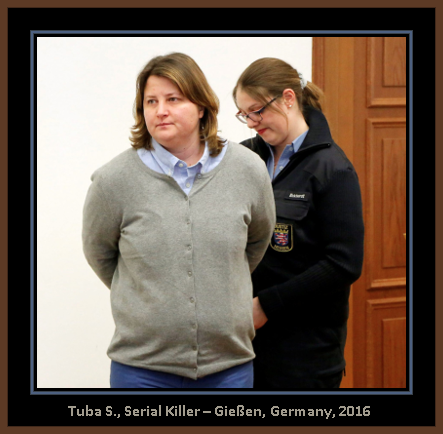 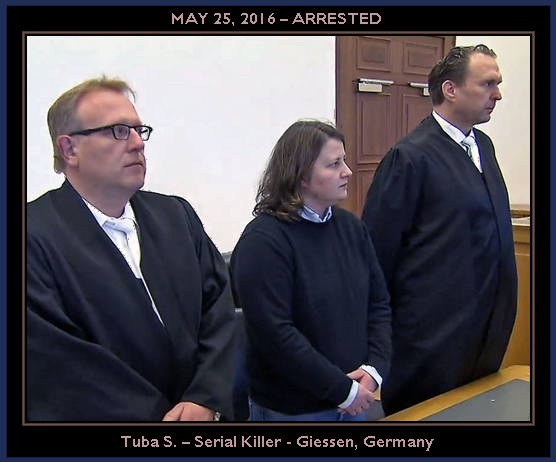 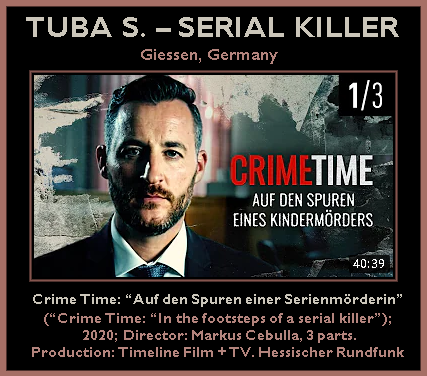 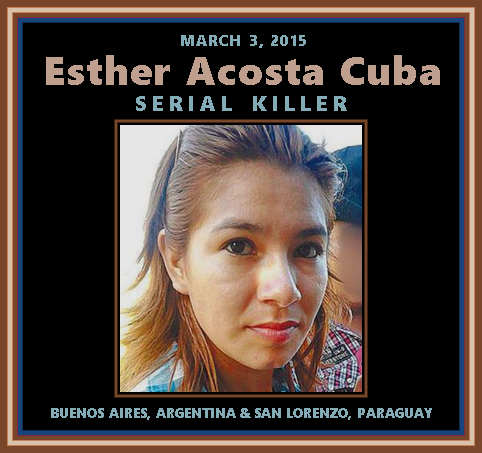 In early September 2020 Esther Acosta Cuba (39) was arrested at Caazapá, Paraguay on the charge of murdering her niece, Emilia Beatriz Acosta López (20), in the Flores neighborhood of Buenos Aires, Argentina in March 2015. The motive was theft of money and jewelry. The woman’s body was discovered by her Bolivian boyfriend. Emilia had been strangled. Police looked at footage from security cameras, allowing them to identify the perpetrator. She was soon arrested, yet escaped from the Argentine prison where she was serving time. She went underground, sheltered in Ciudad del Este, by several drug traffickers, however, she made sporadic visits to her mother's house located in the Sagrado Corazón de Jesús.  It was in her mother’s home that police finally located the fugitive.

Previous to the murder of her niece for which she is accused, Esther Acosta Cuba had already been convicted of two homicides. in 2001, in the city of San Lorenzo she was convicted of a robbery-murder of a veteran of the Chaco War, fought between Bolivia and Paraguay in 1932-35 over control of the northern part of the Gran Chaco region. For this crime Ms. Cuba was imprisoned for 6 years, and was released on parole. was convicted of manslaughter, death in a traffic accident, was sentenced to two years, but was given a suspended sentence.

Feb. 19, 2008 – convicted of manslaughter, death in a traffic accident, was sentenced to two years, but was given a suspended sentence.

2016 – Esther Acosta Cuba was arrested, but managed to escape from a prison in Argentina and hid in Ciudad del Este, protected by several drug traffickers, however, she made sporadic visits to her mother's house located in the Sagrado Corazón de Jesús. 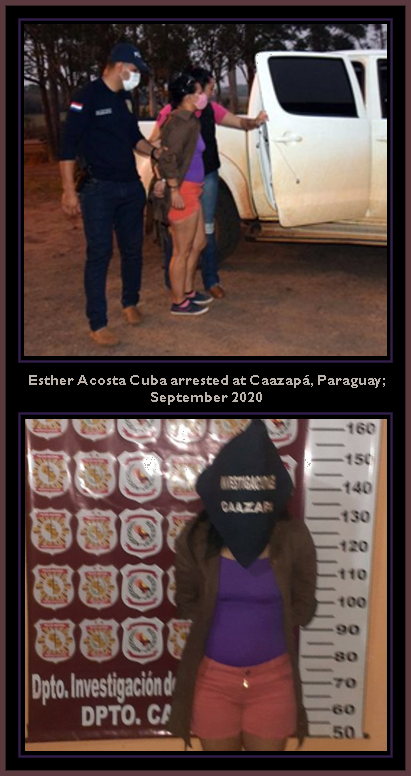 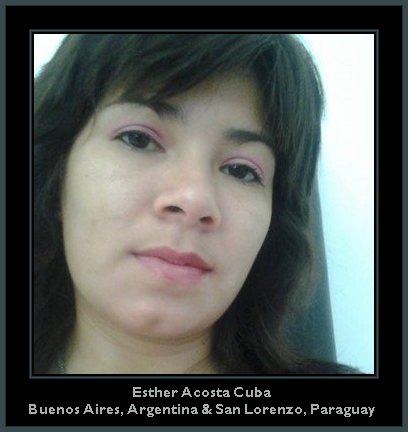 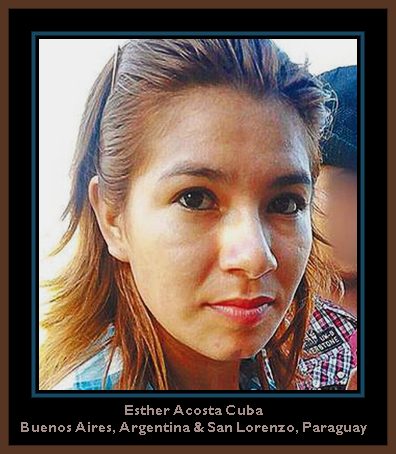 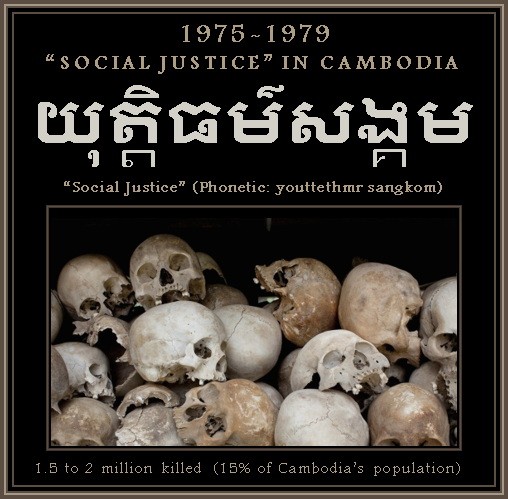 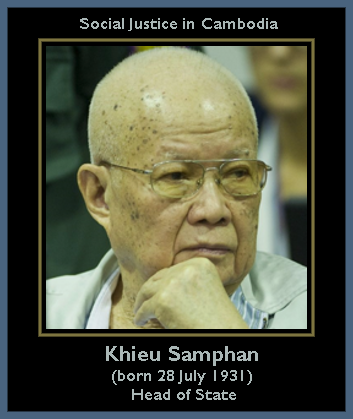 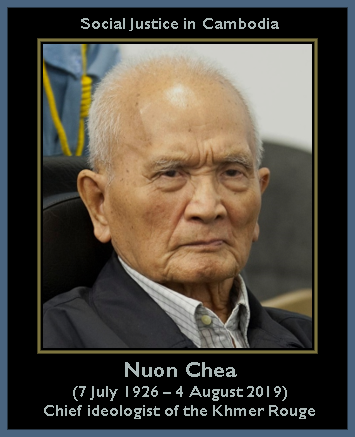 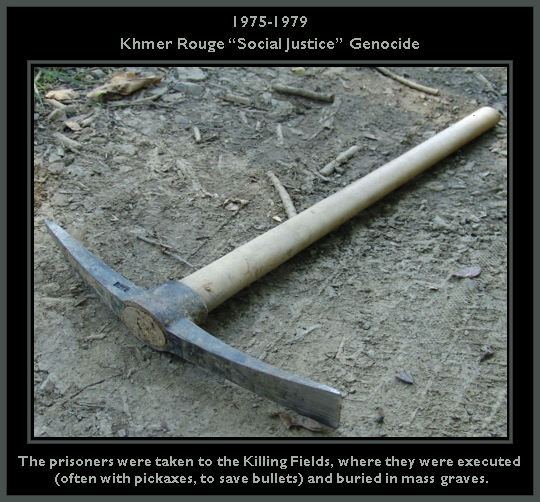 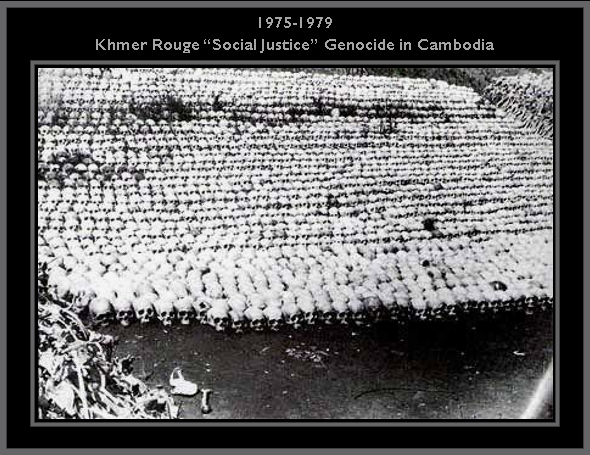