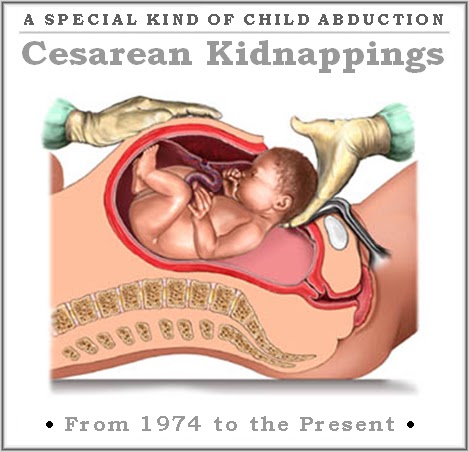 Cesarean Kidnapping: the kidnapping of a child from the womb by means of cesarean section. Individual perpetrators seem to be exclusively women, sometimes with an accomplice (male or female). An area which requires further study is cesarean kidnapping under governmental supervision such as those committed in Argentina during the “Dirty War.”

A 2002 article by forensic psychologist Anne Burgess offered the label "newborn kidnapping by Caesarean section" to describe this type of crime. (Journal of Forensic Sciences, Jul. 2002)

2) Argentina (1976 – 1983 – Multiple cases in Argentina “Dirty War”).
Dates of Crimes: 1976 – 1983.
Mothers: Many thousands of victims (collectivist rather than individualist crimes; democide).
Perpetrator: Collectivist government dictatorship, Argentina.
Adopters: military officers & others chosen by military dictatorship.
C-Section: Performed by physician under government sanction.
Children: fake identity papers, adopted out but told adopters are real parents.
NOTE: It is likely that other government-sanctioned cases from other collectivist regimes will be added later.

20) 2008 – Johnson – 1 Murder.
Date of Crime: July 17, 2008, Wilkinsberg, Pennsylvania.
Mother: Kia Johnson (19), stabbed.
Perpetrator: Andrea Curry-Demus (38).
Preparation: bound with duct tape at the wrists and ankles, and there were also layers of duct tape and plastic covering much of her head.
C-Section: “A very sharp instrument” was used to cut open her belly.”
Child: boy, Terrell, survived.

Out of the 30 individual cases:
21 mothers died.
10 newborns died.
2 involved the murder of other children (5 children total).
4 cases involved accomplices. 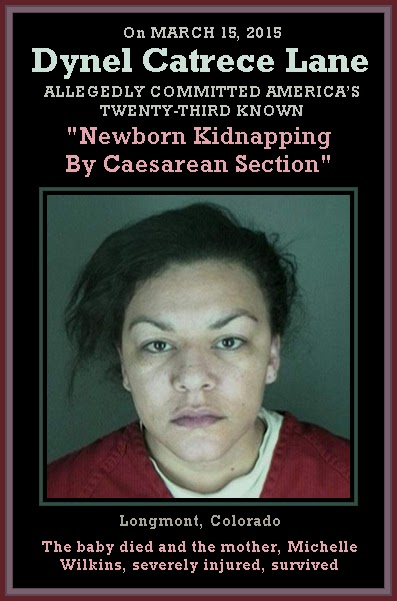 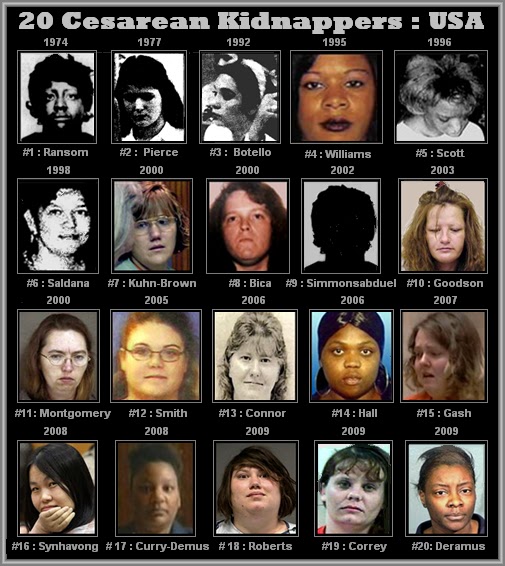 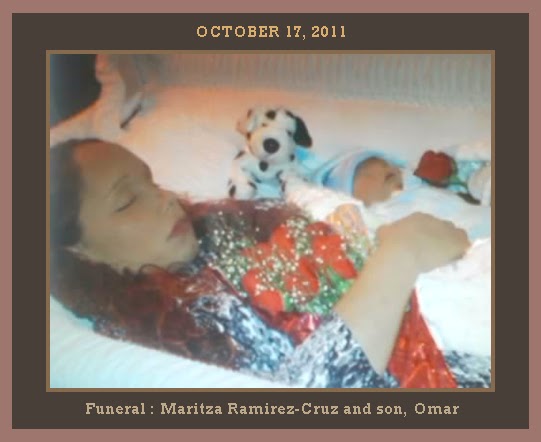 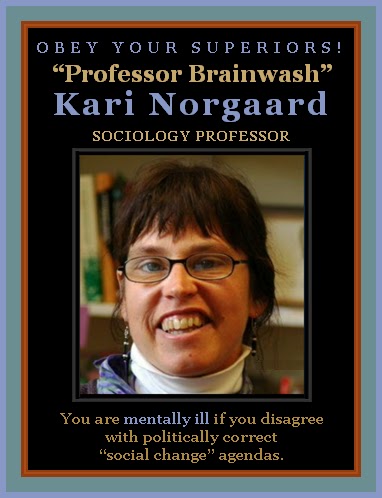 Professor Kari Norgaard, who teaches sociology at the University of Oregon (and Walla Walla, Washington), wants you to obey the social control agenda of the former “man-made global warming” agenda, now the “Climate Change” agenda, invented by the fugitive billionaire Maurice Strong, which will control every aspect of your life.
Learn about how you need to be treated for not accepting social engineering agendas handed down to us serfs by the superior experts who populate the increasingly internationalized (anti-Constitution) government here:
“Climate Change Skepticism a Sickness That Must be ‘Treated,’ Says Professor.”
British eugenics is what gave the Third Reich its “umph,” but present-day eugenics with the new science of DNA is much, much WORSE.
Some of the social engineering weather alarmists call themselves “Green Fascists” and discuss the joys of “Eco-fascism.” 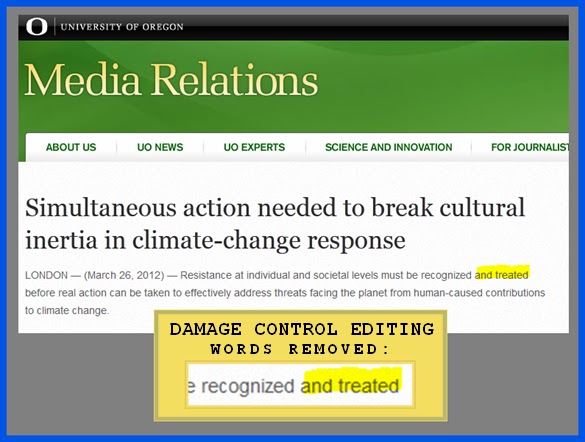 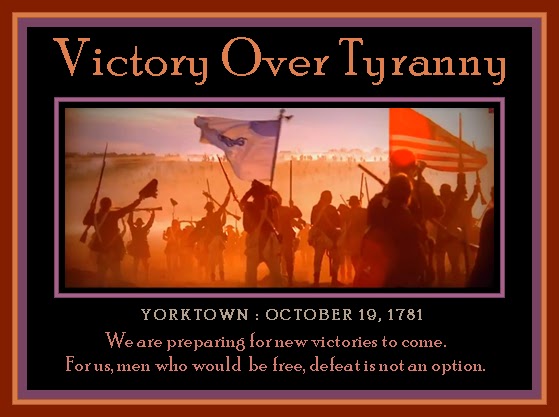