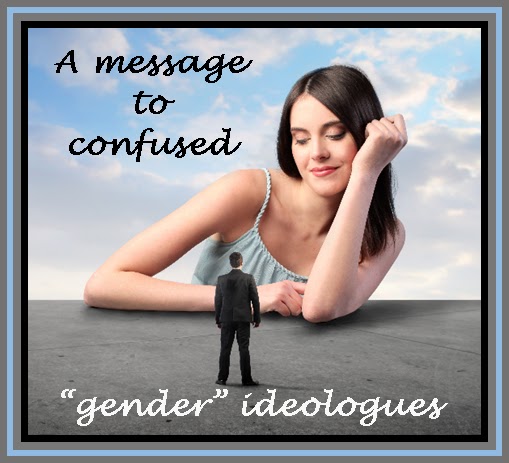 A number of feminists have – in online posts and in comments on this website –  expressed their dismay at what they imagine to be an effort on the part of The Unknown History of MISANDRY to assert or imply that the documentation of individual female serial killer cases is meant to, on its face, elucidate or explain the subject of misandry.

It is thus necessary, apparently, to point out that such an intention does not in actuality exist. Yet the enormous corpus of forgotten and still ignored female serial killer cases – by the hundreds, and hundreds – that have been brought back to light on UHoM does, as a whole, represent evidence of the influence of misandry.

It is still widely believed, even by the vast majority of criminologists and psychologists, that female serial killers are rare in comparison with their male counterparts. The fact that the incidence of female serial killers has never been seriously and thoroughly researched by any professional scholar in the world, seems not to be a cause for caution on the part of today’s experts. The stereotype, a myth in reality, is continuously parroted by writers both popular and scholarly.

►The pathological denial of female psychopathy

The experts have, for many decades now, been afraid to honestly address the issue of female sociopath.

“There are no major studies in the U. S. of the relationship between psychopathy and homicide by females.” (Vronsky, 2007, p. 64)

The cultural amnesia, the denial of reality, the overt lies spread on epidemic scale in ubiquitous gender ideologues who replace facts with wishes, prejudices and guesses is keeping us ignorant.

►Why the term “gender” appears in scare quotes

The sexes are biologically different in many important ways. For example, the male heart and female heart are radically different in their characteristics. Also, the male and female brain are radically different. Decades ago an ideological belief in the “gender theory,” holding that the sexual identity of a person was merely a social construction, rather than a biological reality, was common among both scientists and the public that was based on political preferences and ideals rather than evidence. The social constructionist theory has been debunked in the hard sciences, yet because it appeals to the utopianist mindset it is still predominant in the social sciences. Pretending is favored over truth, and with fashionable postmodernist theories all the rage, there is plenty of cheer-leading going on for the “let’s just pretend” approach to the issue of the difference of the sexes – and everything else under the sun.

It was never intended that UHoM would feature such an enormous number of female serial killer cases. The site was intended to focus on historical documents that document the falsehood of “herstory” in general and to present the outline of the early stages of the men’s rights movement (such as the early organizations of the 1920s). Yet female serial killers turned out to be a subject that has been much more poorly understood by the expert that was first thought. Hence hundreds upon hundreds of cases were added – offering the opportunity for the beginning of a radical reevaluation of psychopathology in among the female demographic.

UHoM has posted hundreds of forgotten cases, from a total roster now nearing 800 (based on victim count of 3 or more, as opposed to the 2 or more count used in Michael Newton’s Encyclopedia of Serial Killers, a book that contains a minuscule numbers of females (even using the “2 count” criterion.). the black widow serial killer list is an exception in that it does list cases where a woman has murdered only two persons on separate occasions, provided that both victims were either a husband or a paramour.

It should be pointed out that the new research on female serial killers has actually turned up overtly misandric historical cases – beyond the Black Widow Serial Killers – such as the misandric siren Josephine Tzany, and man-hating cross-dressing Viktoria Rieger and the Husband-Killing Syndicates.

This should explain why even though the exposure of a single female serial killer case, or a large selection of cases is not meant to make any point about misandry, yet the exposure of widespread historical amnesia on the part of professional criminologists, crime historians, sociologists, anthropologists, psychologists and psychiatrists is indeed a robust clarion call to all that it is time to wake up and smell the stench of politically correct institutional misandry and start to reverse the ubiquitous intellectual fraud that is the product of “gender” ideology (feminism and social constructionist theories).

There is no reason to be confused longer. But there is a lot of reading to do. Welcome to the unknown history of misandry. The amnesia has been cured. 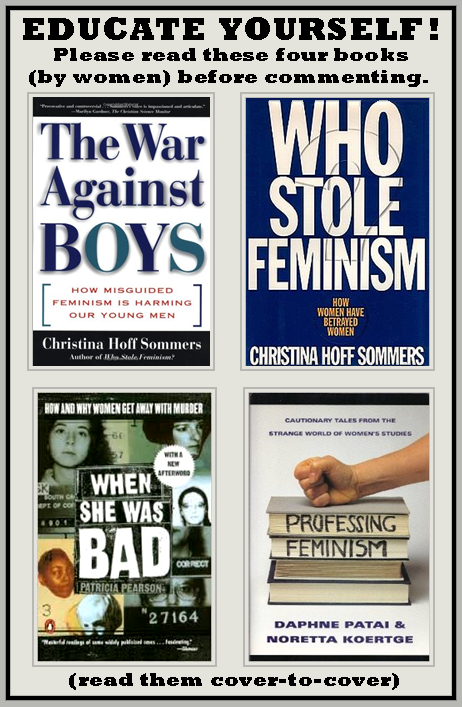 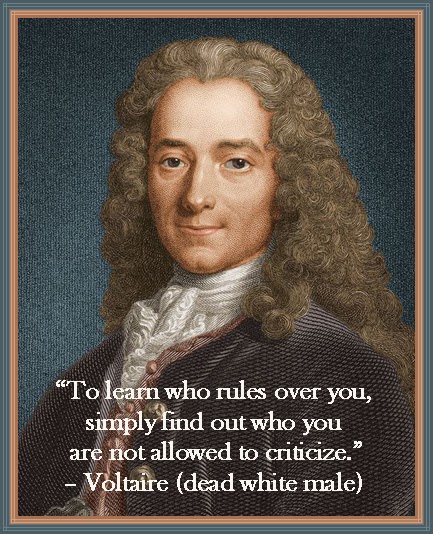 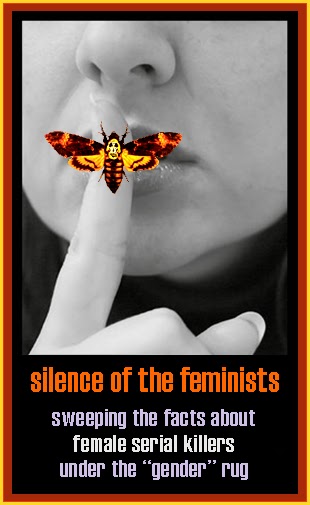 silence of the feminists: it's not a scandal .... yet.

The sadistic treatment of children by sociopathic child care providers is a major theme in the long and terrible history of Female Serial Killers. Recently, a major publication presented an article, "Life On the Baby Farm," that was so astonishing in its deceptiveness and callousness that the following article, "Death On the Baby Farm," was composed as a response and a corrective to the unethical historical whitewash.


►Quotations from the groundbreaking 1998 book, Murder Most Rare: The Female Serial Killer, by Michael D. Kelleher and C. L. Kelleher:

Judging by the limited information about female serial murderers that has been made public in this country, the very concept of such a criminal seems  to have been turned aside by a strong cultural bias that denies her existence. Whereas the male serial killer has been regularly lionized by his outrageous exploits, the female serial killer is typically ignored, viewed as an anomaly, or given far less serious retention than her crimes warrant. Even when this murderer is an active member of a serial-killing team, she is typically overshadowed in her actions by the male partner with whom she operates. However, when her crimes are carefully examined it becomes immediately obvious that, in both her callousness and her methods, this perpetrator is on a par with any male serial killer. Ironically, counterbalancing her blatant criminal activity in the apparent cultural disposition to dismiss her genuine criminal potential simply because she is a woman, in view of the social bias, it is no wonder that she is often able to go on killing for may years before she is finally apprehended. (p. xi; emphasis added.)

The female serial killer is a complex individual who murders for very specific reasons and usually presents a significant challenge to law enforcement personnel. She is careful, precise, methodical, and quiet in committing her crimes. Since she generally murders for reasons very different from those of her male counterpart, the female serial murder also presents significant challenges to those  who try to understand her crimes. Because the male serial killer so dominates the popular media and most research efforts, it is frequently difficult to even gather music and most research efforts, it is frequently difficult to even gather basic information about a female perpetrator. Compounding this situation is the social bias that creates an underreporting of the crimes of the female serial killer, regardless of their brutal or sensational nature. Nonetheless, it is both possible and practical to carefully examine her crimes and make an attempt to categorize them. In so doing, we can shed light on the very covert activities of this quiet, but quite lethal, criminal. (p. 8)

►Quotations from the 2001 book, Women Who Kill: Profiles of Female Serial Killers, by Carol Ann Davis:

The Forgotten Killers – When the courts convict a female team killer, society quickly forgets about her. (Again, Myra Hindley is the notable exception.) At the time of writing, summer 2000, Gerald Gallego is still in the news – but his killing accomplice Charlene simply isn’t mentioned in many of these contemporary news flashes. Instead, they refer solely to ‘serial killer Gerald Gallego.’ She has been released and as far as younger members of the public are concerned, she never existed to lure young females to her van of death. Yet those of us  who are familiar with the case know that Gerald Gallego didn’t kill before he met her – and that she had a higher IQ and more access to money and a vehicle than he ever did. (The author continues with other striking examples.)

Men Only –  It’s clear, then, that the female accomplice is quickly forgotten. But even when the female killer acts alone, potential witnesses often refuse to believe that she has killed. It’s an attitude which allowed Genene Jones to inject baby after baby with potentially lethal medication. Even when one hospital became very suspicious it preferred to sack all its nurses and give Genene a reference rather than contact the authorities.

Similarly the French medical profession stood behind Jeanne Weber twice and swore that the dead children in her care had died of natural causes. Their mistaken faith in female goodness and mother love allowed her to kill again and again. (The author continues with other striking examples.) (p. 239-41)