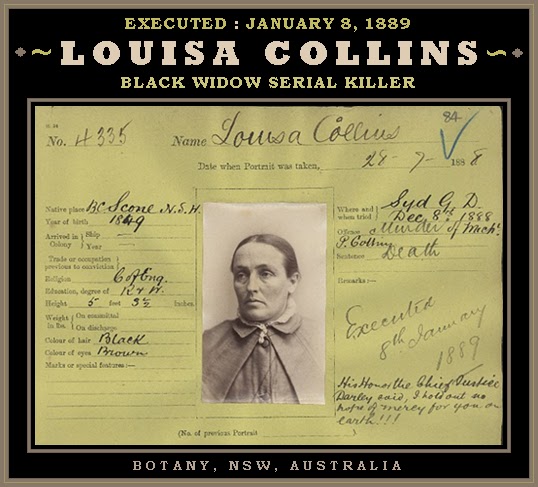 FULL TEXT (Article 1 of 3): The extraordinary and mysterious circumstances surrounding the death of a man names Michael Peter Collins, which occurred at No. 5, Popple’s-terrace, Botany-road, Botany, on Sunday  afternoon last, have not assumed alarming aspects.

It will be remembered that Dr. Marchall was attending the deceased for about two months previous to his death, and the curious symptoms displayed baffled all the efforts of the doctor to trace the nature of the disease, and when the man died, Dr. Marchall, from information received from Dr. Martin, which  partly confirmed his own suspicions, refused to give a  certificate as to the cause of death, and sent a report of the occurrence, likewise his suspicions in full, to the City Coroner.

The result was that an inquest was commenced on Tuesday last, and adjourned for a week to allow the Government Analyst, Mr. Hamlet, to make a careful chemical examination of the deceased’s stomach and contents. On Thursday afternoon Mr.  Hamlet informed the Coroner that he had finished the analysis, and had found amongst other things a large quantity of arsenic, sufficient to cause death. Mr. Shield, as soon as possible, gave the necessary authority to the police to place the woman Louisa Collins, the wife of the deceased, under arrest. As usual, the matter was carried through the case, the police being extremely reticent, and as a  matter of fact, last night they gave the representatives of the press to understand that they knew nothing whatever about the affair.

About 8 o’clock on Thursday night Louisa Collins was arrested by warrant by Senior-constable Sherwin, No. 3 station, who charged her, on suspicion, with having caused the death of Michael Peter Collins, her husband. Yesterday morning Inspector Hyam waited upon the city Coroner, where he was supplied with the requisite warrants for the exhumation of the body of the first husband, and also a child (of which the deceased was the father), whose deaths occurred on the 5th February 1887, and the 19th April 1888, respectively.  No definite time has yet been fixed for the inquiry into the death of these two.

The case of the child is a new phase in the mystery, and to which up to the present no publicity has been given. However, from inquiries instituted, we find that the Coroner received the following report on 20th April 1888: - "About 11:40 p.m., on the 19th April 1888, a child named John Collins, aged 4 1/2 months, died suddenly at his parents’ residence, Botany-road, Botany. It appears the deceased suffered slightly from a sick stomach for two days previous to its death but the parents did not consider it bad enough to call in medical aid. About 10 p.m. the same night the child began crying; the father lit the lamp and took the deceased up, which it got quiet and began laughing at the light, deceased then took the breast and fell asleep.

About 11:20 p.m. it awoke screaming and suffering great pain, and was dead in less than 20 minutes. The only medicine given to the child was a teaspoonful of castor oil and 1 p.m. the day it died. Dr. Martin, of 32 College-street, saw the deceased some hours after death and directed the parents to report the matter to the police and said he would send a memo to City Coroner." On the face of this report the Coroner has written, "As there are no grounds for supposing this child died form any but natural causes, an inquest may be dispensed with." Dr. Martin attended the first husband during the illness previous to his death, and when he passed away the doctor gave a certificate for the cause of death. Be it mentioned, however, that the symptoms preceding the death of all three were similar in all respects.

Louisa Collins, 32, widow, was brought up before Mr. Addison, S.M., at the Water Police Court yesterday, and charged, on suspicion, of having caused the death of her husband, Michael Patrick Collins, at Botany, on or about the 8th July 1888. On the application of the police the case was remanded until Tuesday next.

FULL TEXT (Article 2 of 3): Sydney, August 3. – The inquest on the exhumed bodies of Charles Andrews and John Collins, the first husband and child respectively of Louisa Collins, who is now awaiting her trial for the murder of her second husband, Michael Peter Collins, by arsenical poisoning, was resumed to-day. The principal evidence was that of the Government Analyist, who stated that he was unable to find any traces of poison in the contents of the child's coffin and only a minute trace of arsenic in the stomach of Andrews. The result of the analysis did not, however, prove that the deceased persons did not die from arsenical poison, as the water which had penetrated the coffins might have dissolved the arsenic. The Coroner directed that some earth near the graves in which the deceased bodies were interred should be analyzed. Testimony was given by two or three witnesses that Andrews and his wife did not live on good terms, and that they frequently quarrelled about Collins, who was staying with Andrews' family, and was once ejected by Andrews. Andrews was taken ill about three weeks after Collins was turned out of the house and died within two months under circum- stances similar to those attending the death of Collins subsequently. The inquest was again adjourned.

FULL TEXT (Article 3 of 3): Louisa Collins, the woman who was suspected of poisoning two husbands at Sydney, was on Saturday, found guilty of the murder of her husband, Michael Peter Collins, by poisoning at Botany in July last. The prisoner, who was apparently quite unmoved throughout the trial, continued perfectly calm and collected when sentence of death was pronounced on her. The Chief Justice characterised the murder as one of peculiar atrocity, as the prisoner had been day by day giving poison to her husband, and watching his slow torture and painful death apparently without a moment’s remorse. There was, he said, too much reason to fear that the prisoner murdered her first husband under similar circumstances, and he could hold out no hope of mercy. 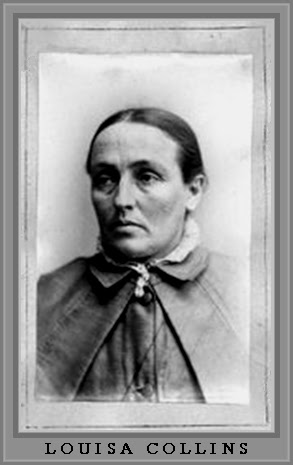 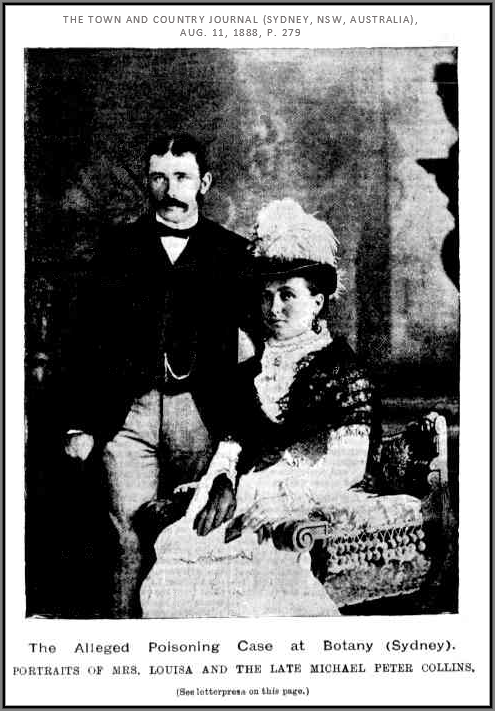 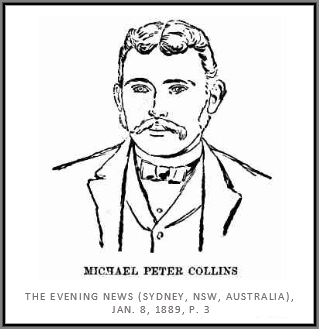 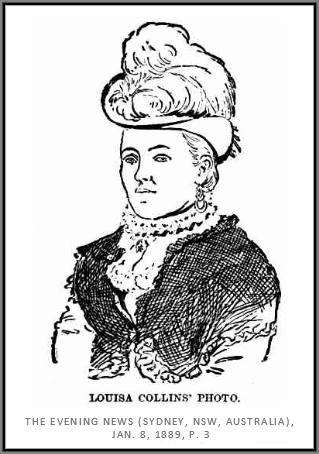