60 Murderesses N.O.W. Doesn’t Want You to Know About 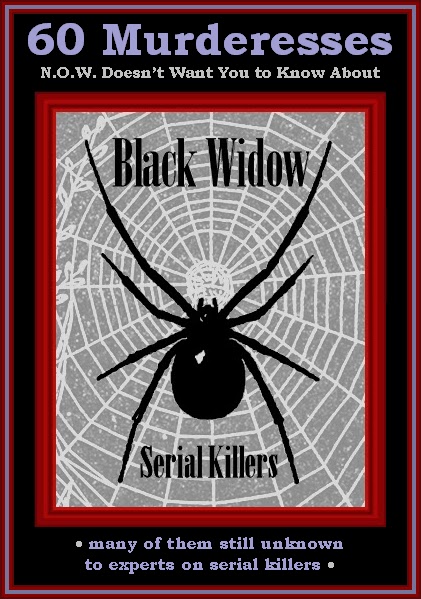 BLACK WIDOW SERIAL KILLERS: A selection of murderesses including only those female serial killers who murdered at least two husbands (including common-law husbands), or who murdered one husband and unsuccessfully attempted to kill a second.

Update - The list continues to grow, beyond the count of 60 when this post was first published. We now have 229 Black Widows who murdered two or more husbands (and countless other non-spouse victims) on our roster.

Just imagine. We have had our universities packed to the gills with "'gender' studies" professors for decades and decades, yet it was not until now that this research was undertaken. Makes you wonder.