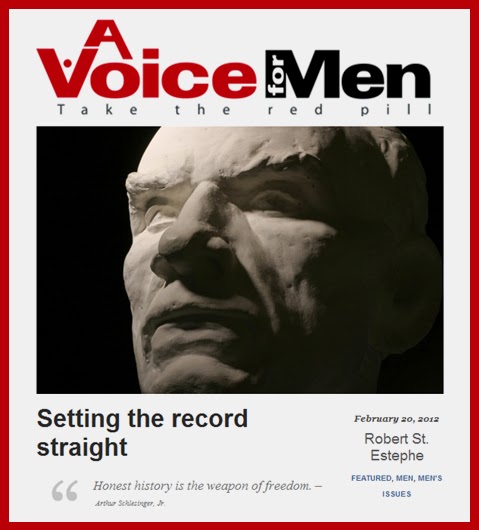 "Setting the Record Straight on the Men's Movement" - revised version, May 9, 2021 (41 illustrations)

“Most people assume that the men’s rights movement is a backlash of reaction to gender feminism of the 1960's. Not so. Not even close. Robert St. Estephe tells our story here, with clarity and conviction. A spectacular effort by a great writer.” (Paul Elam, editor of A Voice for Men)

13 topics are discussed in an attack on the "false narrative": the post-1960s fabricated history regarding the relations between the sexes preceding the 1960s:

LINK to article "Setting the Record Straight on the Men's Movement" 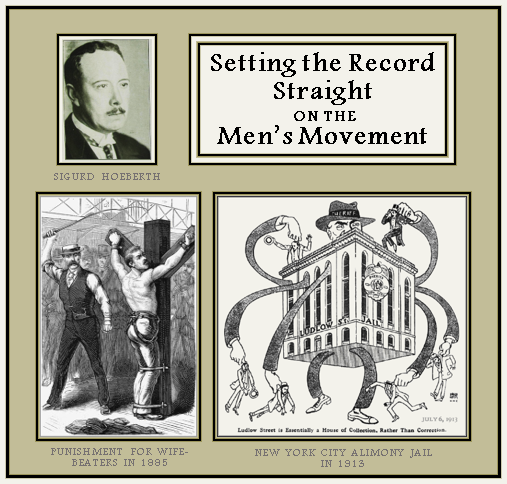 Email ThisBlogThis!Share to TwitterShare to FacebookShare to Pinterest
Labels: AVfM