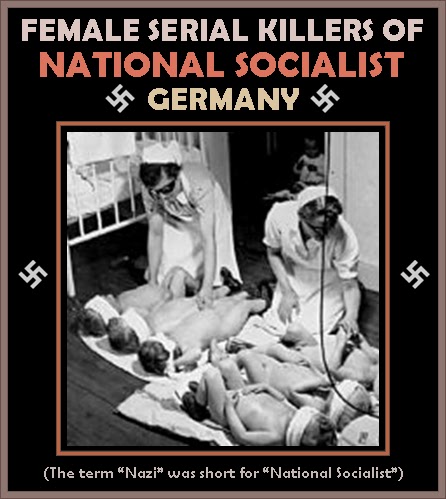 The dates represent the year each of these female serial killers was tried for her crimes. The term “free-lance killer” denotes a Nazi who violated the official code of conduct by engaging in homicidal; acts for personal pleasure rather than governmental duty.

Ilse Koch has not been included because there is – despite her legend and the fact that she was indeed a vicious creature– no evidence that she was responsible for the human-skin lampshades or other homicidal acts attributed to her. 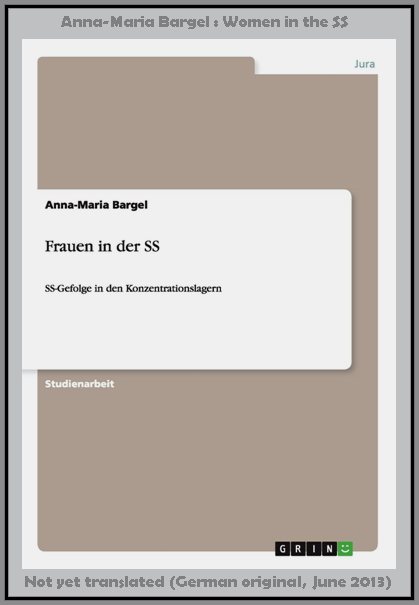 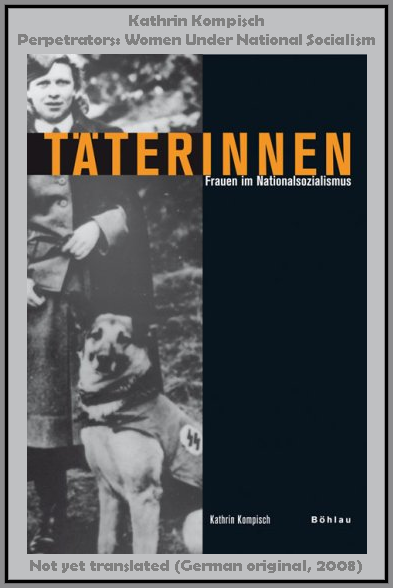 Kathrin Kompisch, Perpetrators: Women Under National Socialism (translation of German title)  explodes the myth behind the propaganda. – ‘The history of National Socialism has long been reduced to one that blamed men for everything,’ says Kompisch. ‘The fact is women were involved at all levels of the Third Reich’s most infamous and brutal crimes . . . There were always choices, even within the Third Reich, and women often made their own choices as much as men.” [Allan Hall, “Nazi women exposed as every bit as bad as Hitler's deranged male followers,” Daily Mail, Feb. 11, 2009]
http://www.dailymail.co.uk/news/article-1142824/Nazi-women-exposed-bit-bad-Hitlers-deranged-male-followers.html#ixzz3tjZLXgQ6 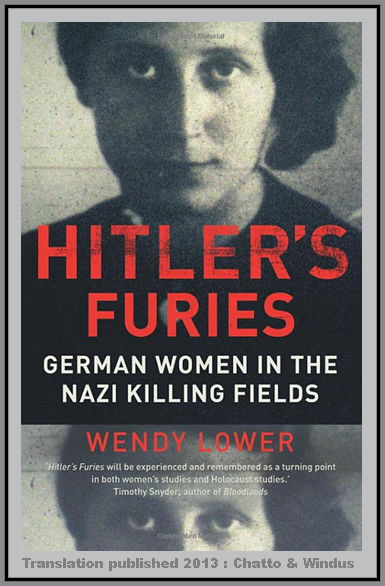 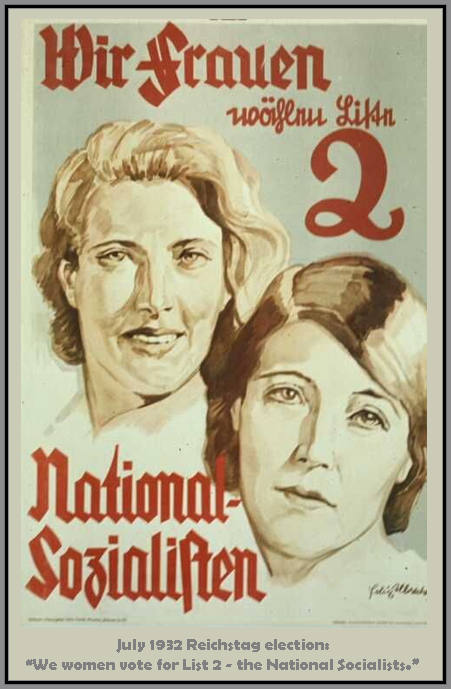